First try with a sort of time-blending

This is my first try with some sort of time-blending, this picture is a composite of 12 pictures.
2 pictures for the foreground with a very low ISO to preserve details, one in the late blue hour that I used to basically dodge the darker one that I took when it was getting darker. I wanted to have a somewhat realistic foreground luminance-wise but I also wanted to have all the details and since it was the new moon doing it all in one shot with the stars would have resulted in a very dark foreground.

I took this picture with a Fujifilm X-T4 and a Samyang 12mm F2 lens.

Let me know your thoughts 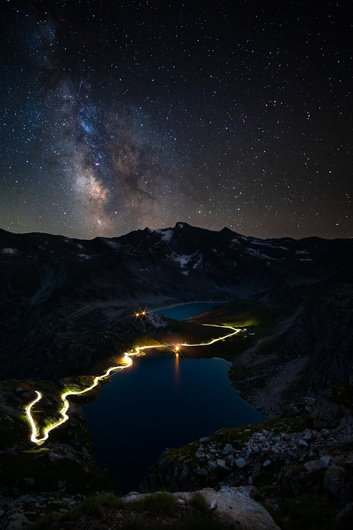 I like it! The exposure throughout is smooth and even. Nicely done!

Thank you the idea was that. I didn't want it to look like it was mid day