Capturing your kids' moments from behind

We have a couple of walls of photos of our children through the years, which I sometimes like to get lost in as I remember the milestones and moments. The other day I noticed that many of my favorite shots all have one thing in common - I didn't capture their faces. Like other favorites, they were also candid and they didn't realize I was taking their pictures.

As I look at these shots, it seems to me that they convey more of the awe and wonder of childhood than some of the others. There's often more mystery to them and they make you think more about the story behind the scene.

Take for instance the shot of our then two month old son, Harrison, lying by the window appearing to gaze out. He seems to be looking at the world before him and all it might offer. There's also such a contrast between his tiny self and the rest of the planet beyond the windowpane.

One day as he was learning to walk with his wooden wagon, I noticed the light was perfect for a shot of him from behind, so grabbed my DSLR and got down low. If I'd taken this from the front, I'd have missed his tiny feet and you might not have noticed him awkwardly lifting his right shoulder as he figured out this walking business. We'd also not see these "King of the Animals" leggings with the crown on his butt, which I adored!

On Penelope's first day of preschool we had to park a block away. As we were walking from the car, I decided to drop back and take a picture of her and my wife heading toward this milestone. As is clear from the shot, Penelope was very excited about this new chapter in her life. Just as I was shooting she picked up the pace and started running. Taking the picture evokes a sense that she is heading out into a new world and becoming more independent, with her backpack and other belongings in tow.

The same opportunity presented itself on Harrison's first day of preschool. He has a more determined and stoic air about him, striding not running. But like his sister's shot, he too is clearly entering a new, independent phase of life.

This photo of the backs of both our kids at Great Wolf Lodge was unplanned. Jennifer had gone to grab some towels while I was situating our things at a table. Moments earlier they'd asked if they could go over to the wave pool, which we'd said was fine so long as they didn't go in the water. I glanced over at them as I organized our belongings and saw that Penelope had grabbed Harrison's hand to make sure he didn't step into the water. He adores her, so was fine holding hands, and she loves being a big sister, which the shot nicely captures.

A final favorite shot from behind captured Penelope's eagerness to be helpful. We'd been to a nearby park to let Harrison, who'd just turned one, run around and to give Penelope an opportunity ride the scooter she got for Christmas. As Jennifer pushed the stroller, Harrison and the scooter home up a hill, she half-jokingly expressed how hard it was. Penelope leapt in behind her to "help" out with a push of her own. 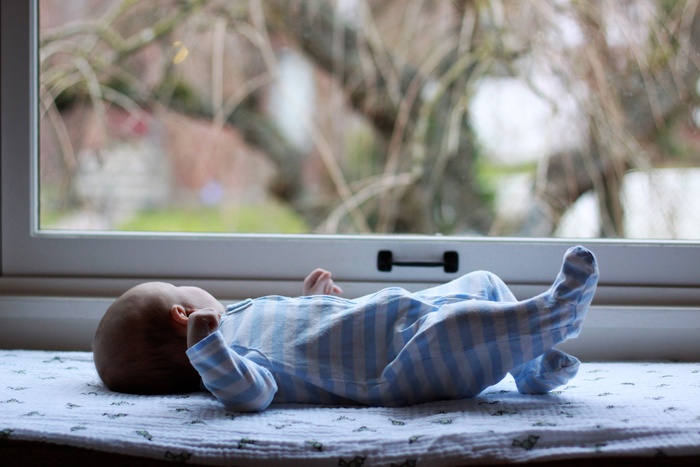 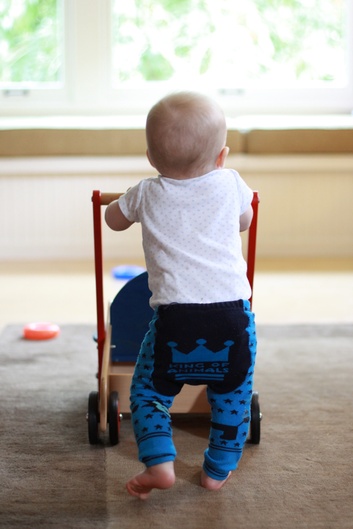 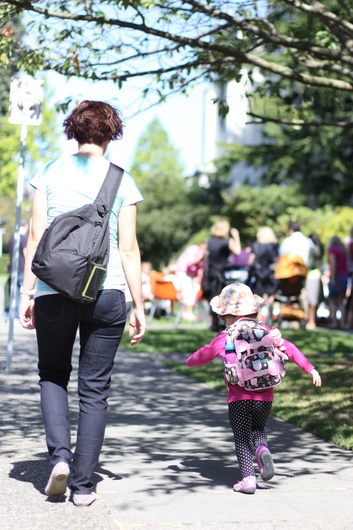 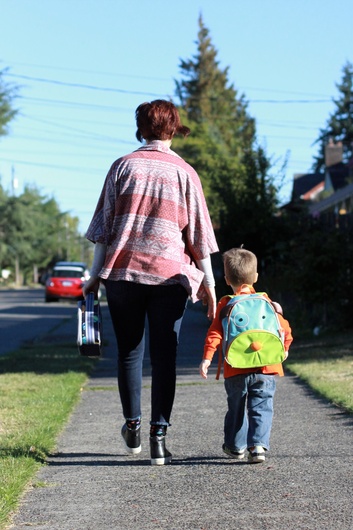 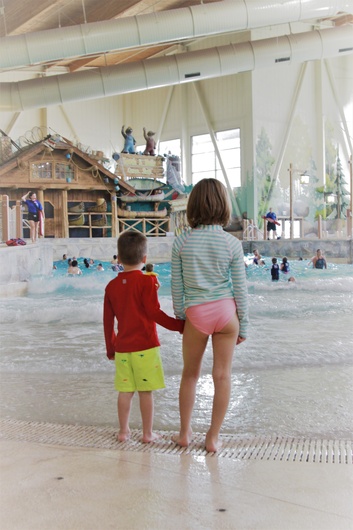 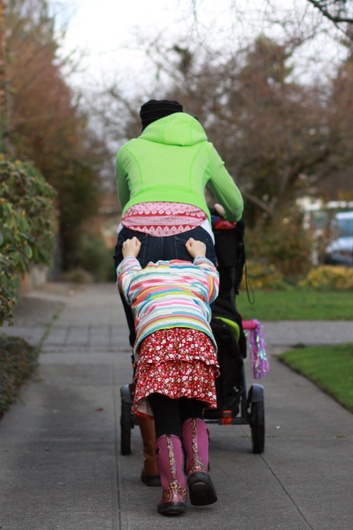