These are from my archives taken in 2011, so apologies for posting old images. However there is a story behind them, hence the reason for posting. I was watching a spider spin its web round and round when eventually it began to abseil down from the middle of the web, dropping, dropping until it reached the ground, easily 4 feet down. It landed on this deceased fly, wove some web around the feet, ran back up the single strand for a short way and then began hoisting the fly up. The spider stopped about a foot from the main web, made an adjustment and left the fly to sway in the breeze. It acted as an anchor for the web. The same thing happened with the small stone in the next image. How about that for reasoning out a solution to a wind-swept web :o)) 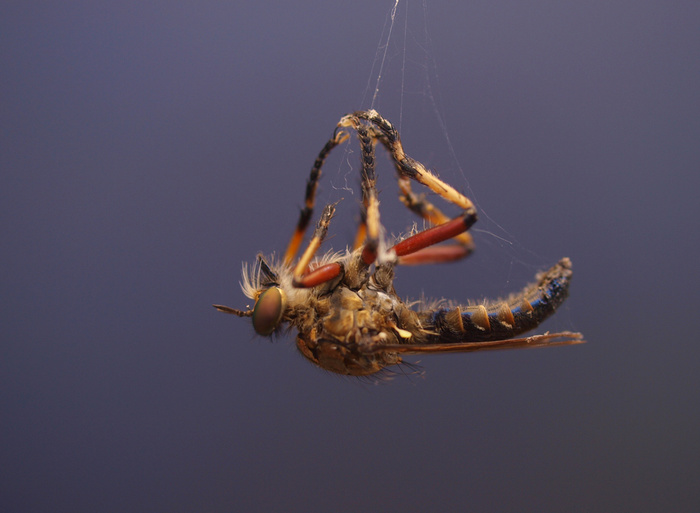 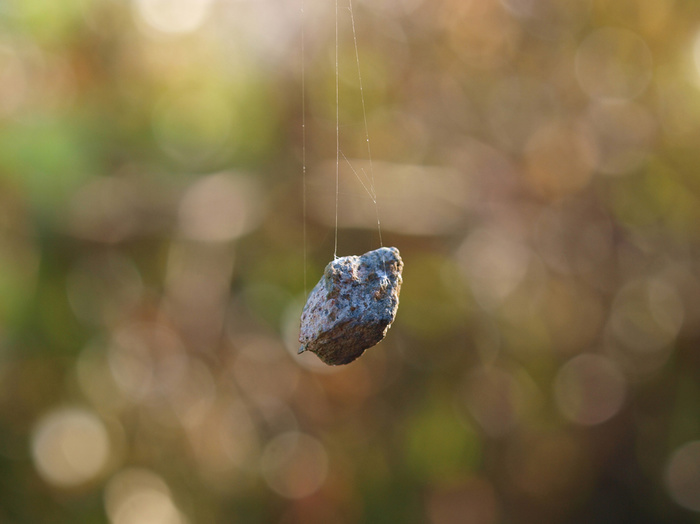 Totally cool! So glad you pulled this out of the archive. I particularly like the stone

And from such a small brain! The spider's, the SPIDER's, not yours, Sandra. ;-) Cool.