A week or so I took Harry out for his late evening perambulation of our back yard. There was a slight drizzle, which did not interfere with his plan. While waiting for him to be done, I shot a few images with the flash on (#1 and others not shared) and a few with the flash off (#2 and #3.)

Harry was just out-of-frame for #1 and my little Nikon S9500's built-in flash was not powerful enough to light up the trees' leaves as I was hoping. (It was too wet to take out the D810 and the SB-900.) Mostly this is reflected rain. #2 and #3 are the Yew bush next to my deck's steps, which I shot by the single bulb 10 feet away at the back door. I also added the light from a flashlight on #3. This did not make much of a difference in the length of the exposure (about half a second) but it sure did show up in the images. 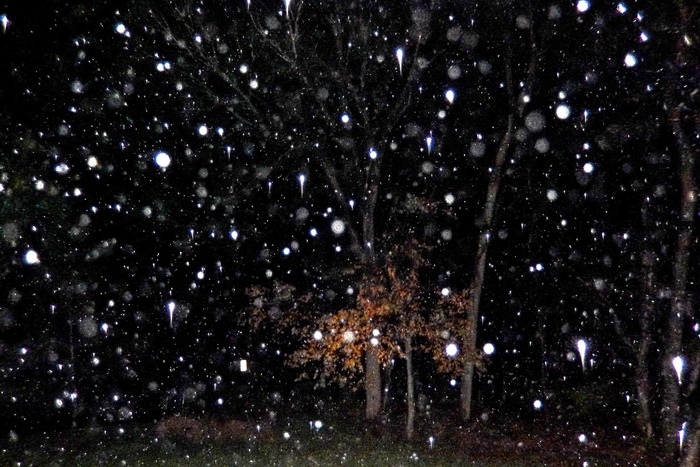 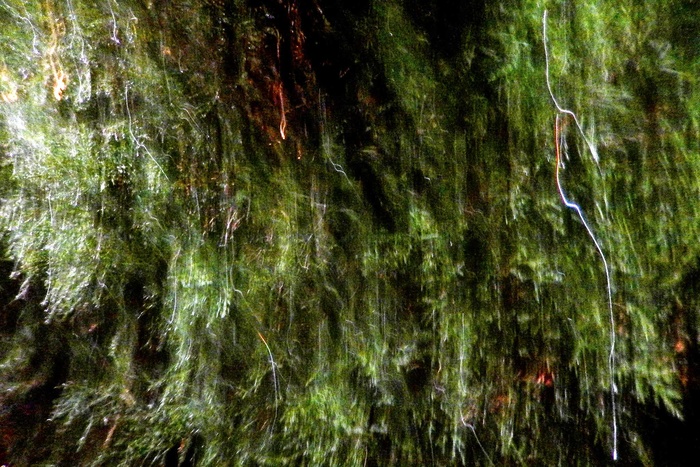 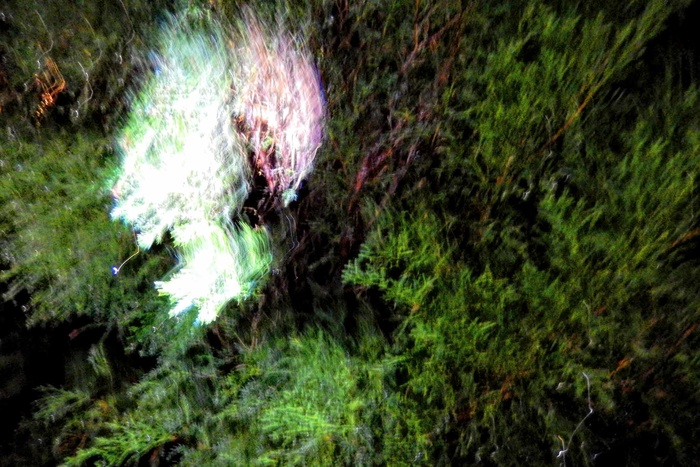 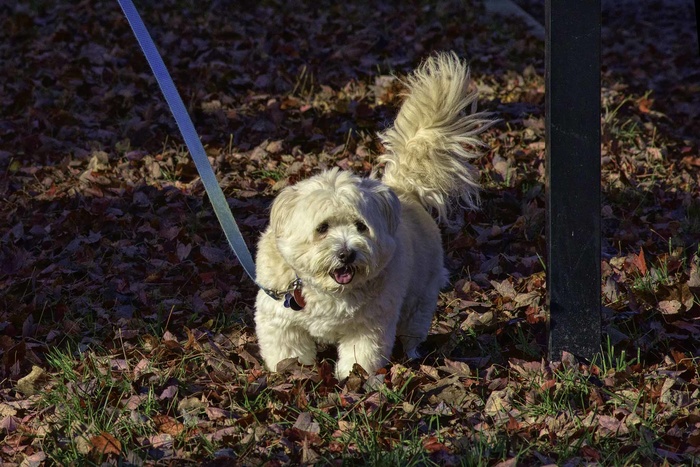