What are you looking for when shooting artist?

First up: I love this group and all the input I get from you guys. But I also feel kinda bad for my own pictures because the stuff in here as awesome. But lets get to what I wanna ask you. I got three pictures of artist at the same festival and I saw them side by side and asked my self:
What are you guys looking for when shooting musicians especially when it comes to lighting?
For explanation, I took all these pictures with the Nikon D7000 and all at 50mm.

The first picture was taken at about 6 pm that why some soft daylight is hitting his side wich I think looks kinda cool.

The second was the co-headliner and as I took this shot they had only haze and strobe light in the back so I went with this silhouette.

The third was taken from the side of the stage, but with constant light all over the stage so I was able to get him like that but with some shadows remaining.

also short note: excuse my englisch but im from Germany and we don't speak so much English here. 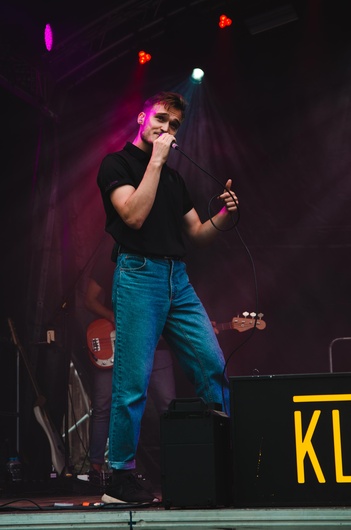 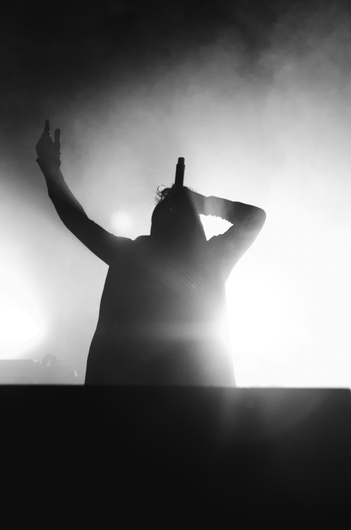 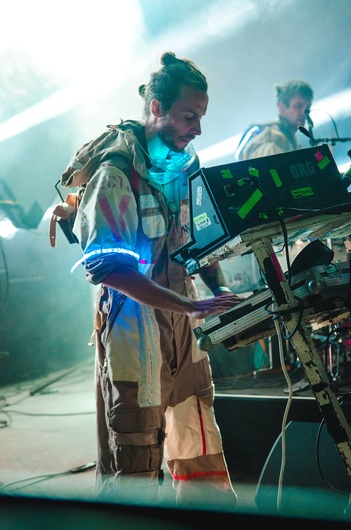 I’ll tell you what I look for, though it may be different from what others may answer.

If I can see the musician’s face, I like to see their eyes and their mouth. If the eyes are closed, the face should be expressing great emotion that implies he/she is really giving the performance everything they have to give. If the eyes are open, I like to see them either looking at their instrument or looking at the audience. With the mouth, once again I like to see some emotion, some expression that tells me they are working hard on stage. If they are holding a microphone close to the mouth, I try to get on the side away from the hand that is holding the mic so the hand isn’t blocking my view of the mouth/lips.

And side lighting is usually better than broad lighting that removes any shadows. Silhouettes are good as long as you can see a little detail either in the edges or the shadows.

I’m curious to read what others look for. 😊

I try to make the artist the only figure in the shot. As well as trying to show the level of emotion that is equal to how much the artist is showing in my images.

Totally agree. As a musician myself (although I haven't played live in years), I love seeing those intimate moments musicians have on stage where they look fully present. As a viewer, that is often caught mostly in the eyes and expression, regardless of any other action or dynamism in the shot. And if you can capture that intimacy in the face while also capturing something gnarly... well, that's when it really gets fun!

This is what I do and it works for me. Full disclosure I was a stage hand and Sound engineer, who took photos when I had time. I shoot for the band, tour, venue, myself. I have never shot for press or media.

I Try and tell a story with every photo. That me be the emotion the singer is experiencing when performing. The story of the relationship the artist is having with fans at the show. That may be telling about the size of the event and the shows design.

Every event I photograph regardless of type. I write down on a piece of gaff tape what my main goal is to tell in my photos. Then I as I shoot I ask myself am I telling that story.