The guys on fstoppers.com chose my Image to critique in this weeks episode of 'Critique the Community' segment.
Their consensus, 'not the worst photo'. Whoohoo.
All helpfull criticism is good.
at the 49:30 mark
https://youtu.be/ThzQLNTaukM

This is Donald MacLennan playing with Ben Caplan at the East Coast Music Awards, ECMA's
I have actually reworked the image based on their response and tuned down the contrast and saturation.
In my defence the image did not seem that contrasty on my monitor. And in answer to their question, it has not been reversed, the guy was actually playing left handed. 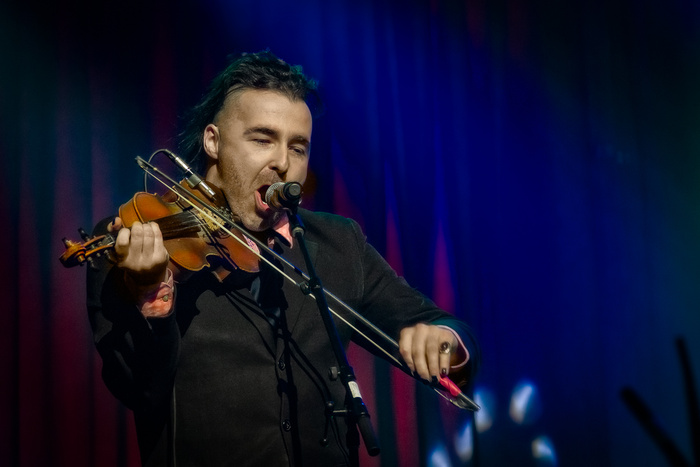