Is the Next Ansel Adams Going to Be a NVIDIA GPU?

While this view of the Tetons and Snake River, as made famous by Ansel Adam’s iconic photo, doesn’t have great resolution, there’s a reason for that. One of the biggest changes to photography might start with landscape photos just like this, only it doesn’t involve hiking or even camera gear. Want to know what it is? 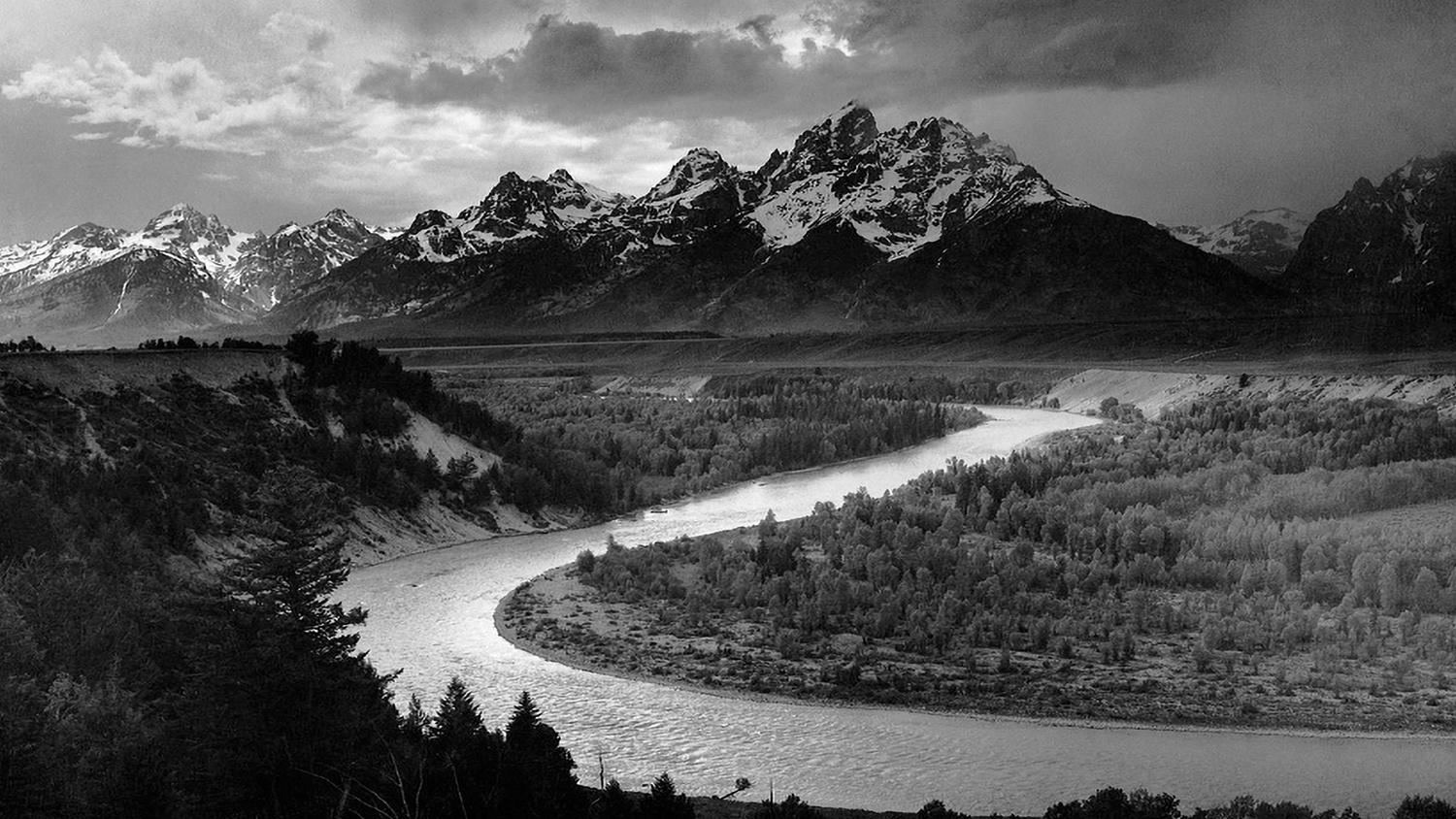 The lead image was created in about five minutes, in NVIDIA’s newest piece of software, Canvas. Canvas uses the power of NVIDIA’s RTX GPUs and an AI concept called a generative adversarial network, or GAN, to turn a simple drawing like this into a “photo-realistic” landscape. By drawing a basic, MS Paint-style drawing, the software “imagines” what that scene would look like, drawing from millions of landscape images that NVIDIA trained the network on.

Canvas is the first implementation of machine learning that has really made me say, "wow." Adobe’s Neural filters are cool, but Canvas’s implementation and results really bring that feeling of “the future is now.” This isn’t a slightly better upscaling algorithm, but instead, a whole new way to create images. Although, it raises the question: where does this digital art fit? 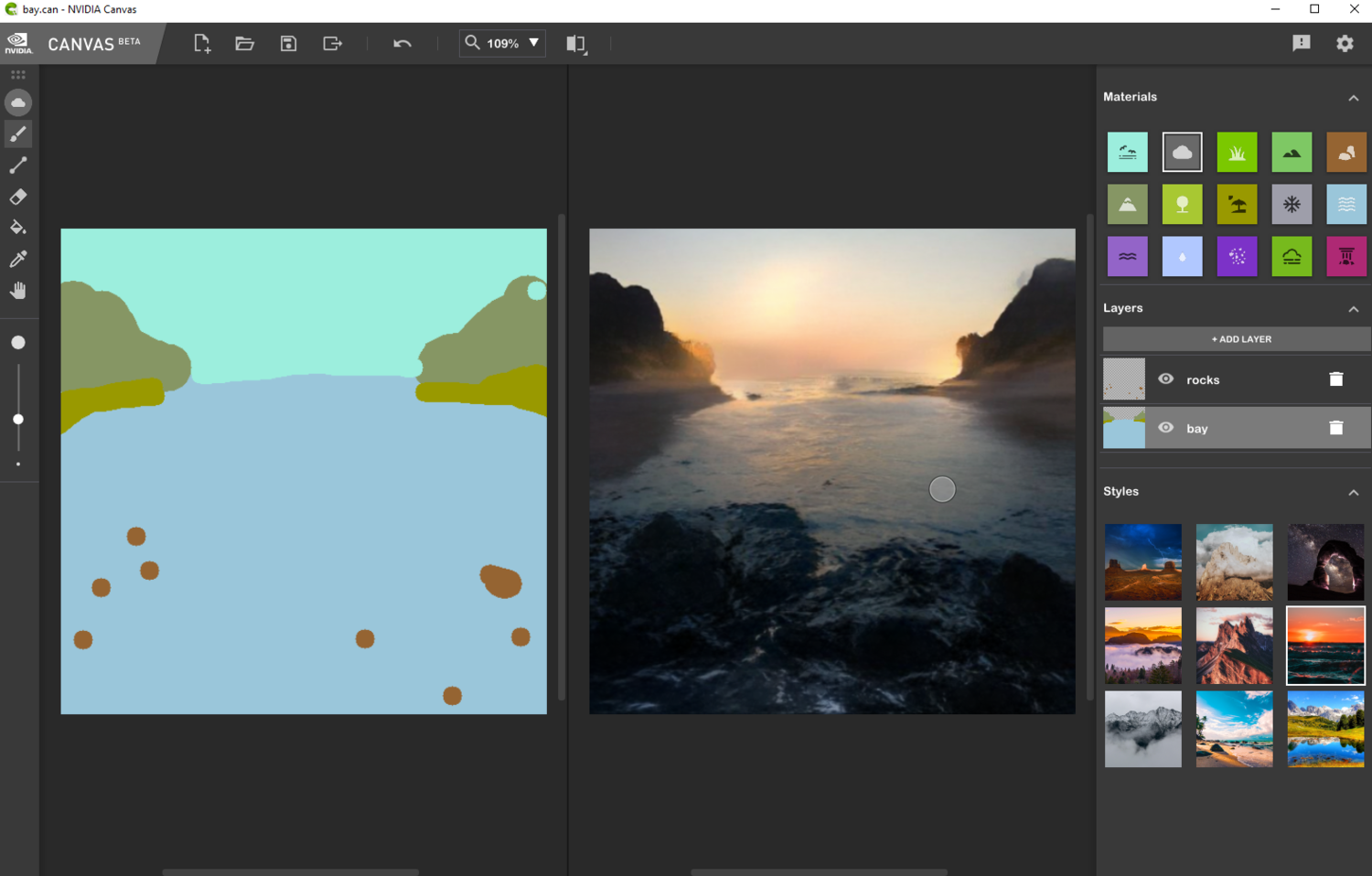 Users can doodle a basic scene using simple tools like a brush, line, and fill bucket, but unlike Photoshop, you choose materials rather than colors. For instance, you can paint in the sand, add clouds, draw a river, or choose from 12 other materials, all with a brushstroke. Beyond those options, you can also choose from nine styles, covering things like snowy mountains, sunsets, and beaches. The software lets you export both .can and .psd versions; the .can is a file unique to Canvas that lets you save a version in progress. Your drawings with those materials, called a segmentation map, are then transformed into the finished image instantly.

Now, there are a few things that have to be addressed upfront: as it’s currently implemented, these results aren’t going to compete with real images, right now. They’re 512 px by 512 px, a limitation partly born from the size of the model underlying the software and partly a result of NVIDIA prioritizing speed (the software redraws the image instantly, a huge accomplishment in the realm of AI-powered products). It’s also limited to NVIDIA’s RTX cards, including their GeForce, Quadro, and Titan line, although I was getting perfect performance out of just a 2070.

Computer-generated imagery has been replacing photography and videography for a while now; IKEA has been creating most of its catalog imagery via CG, and the tools have only gotten better. Creating a photorealistic render is not point and click, however. Canvas, on the other hand, shows a future where it’s possible to create an image with the art skills of a three-year-old. If you can doodle on MS Paint, you can create.

It’s even more impressive when you consider some of the examples NVIDIA shares in their video. Professional artists were able to prepare incredibly impressive scenes, blending both a better command of traditional painting skills and hybridizing the results in software like Photoshop.

What this software represents is akin to the first digital camera. It’s got a lot of limitations, but it has a wild range of possibilities ahead of it. NVIDIA is already talking about extensions to the program, to support things like using your own photos to alter the style and look of the image. I’d see a scenario where this tool could replace current implementations of sky replacement, allowing you to literally draw the perfect sky into your image, and later on, replace stock photography, enabling designers to create their perfect image for free.

Also, just like digital cameras, this style of tool is poised to reap the benefits of digital technology’s rapid development pace. Faster graphics cards with larger pools of VRAM translate into higher-quality finished images, meaning that this will quickly move into the realm of viable imagery for a variety of uses.

For photographers, this all raises the question of what role they play in creating compelling images. There are millions of photos and presumably many thousands of photographer’s works collectively powering this tool, but they’ll never be known like Ansel Adams was. Instead, will the light of recognition shine on the digital artists who create something with this tool? NFT sales, while being a bit of a bubble, seem to have blown past many photography sales records.

The open question of what is too much when it comes to photography manipulation is only poised to get more difficult when these tools are more powerful and mainstream. Even if you argue that focal length blending or sky compositing is still a valid technique to create a photo, can you still say the same when a major portion of the image is created entirely by a computer algorithm, rather than being directly taken from another photo you shot?

I think this question is particularly relevant to landscape photographers, as a huge part of the process of creation is getting the right conditions, location, and finding a hopefully unique angle on a subject that may already have been shot by a thousand others.

While this is beta software, it’s bringing some of the latest concepts in machine learning to consumer hardware, in a way that is so easy to use that anyone could make it work. The polish and performance, compared to the research paper models and low-risk implementations of other AI tools, is really incredible. It’s also a preview of a future, where creating an image might look very different, and where visual artistry can create photorealistic results, all without ever touching a camera.

NVIDIA does understand the limitations of the software. They make it very easy to bring the image over to Photoshop like I did to convert to black and white. They also make it very easy to experiment, and it’s apparent they consider that the major purpose of this tool. It's a great option for experimentation with an eye towards concept art and visualization. All of this, along with the software being free, makes it easy to recommend. If you’re interested in trying it out, check it out on NVIDIA’s website. 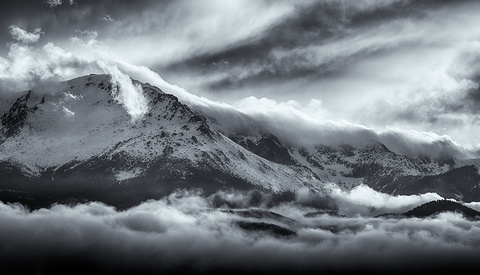 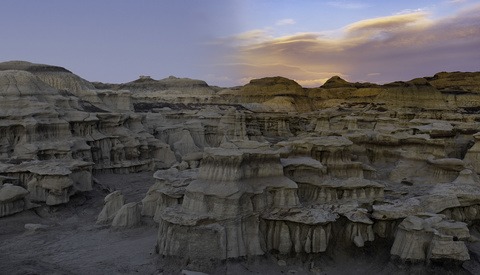 Landscapes / May 27, 2021
Is Sky Replacement Ethical in Landscape Photography?

The unfortunate part is this: While interesting as an exercise, it is not even almost close to being acceptable. In the end, it will be seen as we see B/W videos from the 1970's; terrible with low production values.

We already have 3 second edits and entire 'films' made with CGI that stun audiences. Fortunately, there will be a few who learn a craft and master it.

Strangely, some painters go to painstaking lengths to create photo-realistic paintings. But it's only one genre, with many, many more out there, with some doing to opposite, going for total abstraction. And I suspect the same will happen with photography. From film to computer generated photos, many genres (as they emerge) will co-exist, which is as it should be. Nothing will take over completely, or even lessen the other genres--at least not in the art world. Just not the way it works. Although, like skinny vs. baggy jeans, trends will come and go, and come back again.

I like that take! I’m personally curious to see how far this tech goes, and how fast.

It would be comforting if you're correct

Some paint with water colours, some with oils. This is just another media to express your inner artist. I don't see this replacing photography. In fact it may do more to promote good photography because what it takes to make a good photo is part of what makes it great.
The article starts with a comparison to Ansel Adams whom we all can respect as a great photographer. We know what he had to do to achieve the images he created, from location to dark room, and that is part of his magic, Yet today anyone with a digital camera and a computer can replicate the same images as Ansel Adams and as we see, this new medium also can do much of that too. So perhaps when this is a common image creation tool, we will respect and admire the work of great digital photographers, as much as we now respect great film photographers, for the processes they went through to give us amazing images.

I think this will replace many commercial photography which involved landscapes. However, to what extent is to be seen. Otherwise, photography as such will not be extinct. Perhaps, akin to handmade things being sold at a premium as compared to machine made, human captured photographs will become premium.

I don’t know if you’ve ever seen an Ansel Adams print in person, but the times that I have visited a museum and seen his prints, a lack of resolution is the last thing on my mind. Actually, given the typical viewing distance along with the richness and depth (something you don’t really experience seeing it on a computer monitor) the amount of resolution is beautiful.
I guess these innovations are interesting, but I prefer my 8x10 view camera.

Not sure if it matters yet, but Vision AI can tell the lead image is not the Tetons or Snake River. It recognizes both landmarks in the real photo. My guess is we will see Vision AI and others get better at detecting CGI and composite images.

I'll be naming my daughter, Navidia Gaputa and then teach her photography.

AI will never be comparable to Ansel Adams.