The state of California is taking legal action against the popular CBS show "Criminal Minds" for creating an "unchecked” environment of “intimidating, hostile, and offensive” behavior by the show's director of photography, Gregory St. Johns.

California’s Department of Fair Employment and Housing has filed a large suit again multiple studios and executive producers, including CBS Studios, Walt Disney, ABC Signature Studios, and more. The suit alleges that the studios and producers protected St. Johns after continued sexual harassment and inappropriate touching against those on set. The suit alleges that St. Johns' behavior was known to producers, who "condoned it" and "took no necessary steps to prevent sex-based harassment and discrimination" and actively enabled it by firing over a dozen men who either "resisted or who tacitly evaded St. Johns’ advances or abuse." The suit further alleges that Walt Disney purposely designed any investigations to clear St. Johns of any wrongdoing and that even after he was eventually fired after his behavior became more publicly known, he received "enhanced severance." The suit is seeking “compensatory and punitive damages" and “injunctive declaratory and equitable relief.”

In response, ABC Studios has said: "The company works hard to maintain a work environment free from discrimination, harassment, or retaliation. In this instance, the company took corrective action. We cooperated with the Department of Fair Employment and Housing during its investigation, and we regret that we were unable to reach a reasonable resolution with the Department. We now intend to defend the asserted claims vigorously."

/ January 25, 2018
What Sexual Harassment Looks Like for Freelance Photographers, and What You Can Do 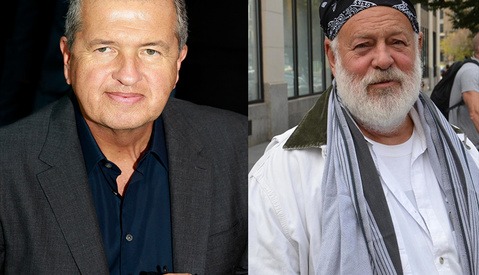 Legal / January 3, 2018
Terry Richardson Is Under Investigation by the NYPD for Sexual Assault

Not sure that this has anything to do with Fstoppers...but it's sort of surprising that ABC is fighting it.

as I remember, "Criminal Minds" was a great show.