A CNN correspondent and his camera crew were arrested live on air while reporting on events in Minneapolis following the death of George Floyd.

Correspondent Omar Jiminez was arrested by the state patrol along with his crew, producer Bill Kirkos and photojournalist Leonel Mendez, while giving a live report in Minneapolis. The incident happened around 5 a.m. local time. Police claim the crew was arrested because they were told to move and did not; however, CNN says the arrest constituted a "clear violation" of their First Amendment rights. Tim Walz, Governor of Minnesota, ordered their release later in the morning. The governor apologized, saying: "They clearly had the right to be there. We want the media there, to cover this. It is never acceptable for this to happen."

During the incident, Jiminez can clearly be seen with his media badge and heard telling police the crew would move wherever needed. Nevertheless, they were arrested, with the state patrol later saying they were released "once they were confirmed" to be media members.

CNN correspondent Josh Campbell was near Jiminez and his team and said: 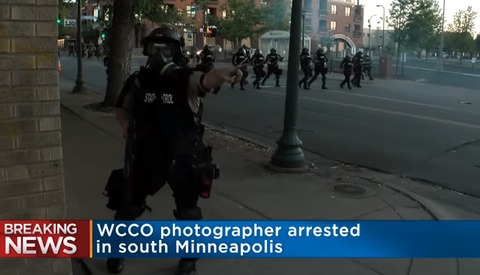 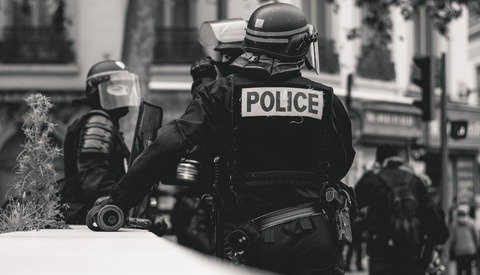 Legal / June 19, 2020
Photojournalist Blinded in One Eye While Reporting on Protests Is Suing the City of Minneapolis, Using Pictures She Took of Police as Evidence 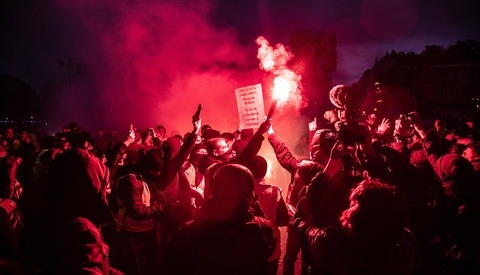 Photojournalistic / May 31, 2020
Photojournalist Permanently Blinded in Left Eye After Being Shot by Police While Reporting on Minneapolis Riots 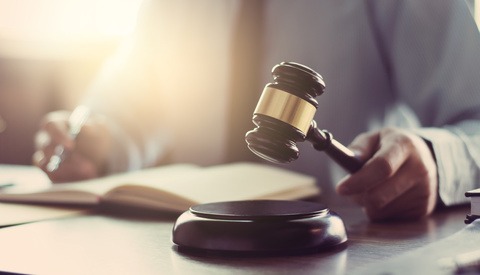 Legal / September 21, 2020
Teen Charged With Involuntary Manslaughter in the Death of Photographer Killed During a Photoshoot

The police appear to have been using a "catch and release" technique with the press to prevent their activities from being witnessed by the public. It is very disturbing that we see Freedom of the Press being trampled in America. Each of those officers is responsible. They could have refused an illegal order and simply moved the crew to another area as the reporter offered.

I hope those guys who think cops are some sort of spotless force of good start seeing how wrong they are before we get all the way to wherever this is going...

It was for his own protection.

I hope you are not dumb or naive enough to actually believe that. If someone needs protection, then protect them. Don't arrest them.

Not really. CNN's crews and many other network's crews, go on training courses to learn how to deal with hostile situations which cover where best to place yourself to avoid personal danger. Besides, covering a riot from anywhere that is dangerous, will result in poor pictures and broken gear. The CNN crew were live, adding to the evidence that they were not close enough in for it to be dangerous.

Sorry, the police were there to protect journalists from getting hurt and jail cell is safer.

I find that a very bizarre response, one that I have only heard before from dictatorial governments. Having covered many riots from demonstration in Soviet Russia to the Chinese crack down of protesters in Tiananmen Square, I can say categorically that the police are not arresting journalists for their own safety.

Please explain that to journalist who lost an eye in Minnesota.

She lost her eye because the police targeted her and shot her Yin Ze. Two journalists from the AP were shoved around and threatened with a beating by NY police. An Australian tv crew were attacked by Washington DC police. You can't have it both ways with the police arresting journalists to "keep them safe" as you say, whilst at the same time being the ones that make them unsafe. The police are attacking journalists because they don't want their actions reported on.

Police in New York strive for Courtesy, Professional and Respect according to the message on every car. The P can also stand for Protect.

A slogan on a door. Fortunately most of them adhere to it, but it is the bad apples in police forces everywhere that cause epic problems. Minneapolis PD serve under the banner "To Protect With Courage. The Serve With Compassion". At least four of them and the head of the police union, do not wake up every morning with that motto on their minds. In a force of 1100 it would be nice to think that they are the only bad apples, but they are not. The racists and haters in the police forces cause the problem. They are not going to arrest people to protect them as you think, but are going to cause harm, beat them, kneel on necks or shoot them indiscriminately. In Washington DC, they will tear gas them so the president can have his photo taken. Today is the anniversary of the biggest abuse of power when the Chinese government sent the troops in to crackdown on peaceful protesters in Tiananmen Sq. In America, the threat to use the military to put down protest is on the table. The old men of Beijing are laughing.

I want the names of the officers who decided to arrest the crew, so that they can be shamed publicly. Until we start calling people out by name, this will never stop.

Chicken____ law enforcement people hiding behind a badge, not personally accountable for their actions ...... that is how this disgrace is allowed to continue.

So you want this officer and his family to be harassed and assaulted by an angry mob just because he probably is executing orders from his superior?

This incident needs to be investigated by a different police corps or a other organisation. If the officer made faults there should be a disciplinary action or court. Nothing more nothing less. No need to motivating lynching parties.

You know perfectly well the consequences of your naming and shaming wish.

Yes, but I don't call it a consequence ..... I call it a result. If officers who violate people's rights by wrongfully arresting them were called out publicly, the result would be that there would be fewer wrongful arrests. There should NEVER be a wrongful arrest - not freaking ever. To arrest someone who should not be arrested is such a horrible injustice that I cannot even fully fathom how horrid it is. There need to be SEVERE punishments and consequences for any officer who EVER arrests someone who should not be arrested. That correspondent will never get back the minutes or hours that they lost during the time they were in custody. What a wretched and irresponsible and horridly self-centered action by both the officers involved and those in authority over them who condoned or ordered such an unlawful abuse of power.

We only know one side of this story. And cnn is very low on the credibility scale if even on it. What did they do leading up to the “live shot”?

Public shaming would be harassment. So yes, you are calling for the police officer to be harassed publicly.

I'm in Minneapolis. This was just a mistake, the CNN people were released as soon as they identified themselves. The Governor immediately issued an apology.

You have to be arrested to be released. There were other crews nearby, including another CNN crew, who were only a few meters away, yet were not touched.

if you look at the video you will hear him multiple times saying we are from CNN, please tell us if its okay for us to stay here, we dont want to get in your way we will move if you need it.... I mean they were overly cautious and had credentials in the hands still he got put to jail... a mistake?

The State Patrol guys have little experience with riots, they're usually picking up speeders on the highways. They were probably told to use the bullhorn, order the street cleared, then arrest anyone who didn't immediately comply. While doing this they're looking anxiously around to see if they're about to receive head injuries from rocks, or get shot. Maybe the CNN guys didn't hear the announcement, or the cops were distracted; there's just no time for polite discussion, or checking paperwork, in a chaotic and dangerous scene like this. If you're standing in the wrong place at the wrong time, yes you could get arrested. So easy to second guess every action from a nice safe distance.

Common i dont even like CNN, but the news guy repeated in multiple occasions, officer please let us know where to move, we will do as you tell us, and in a very polite manner. If the cops are untrained they are hazard to the people and they shouldnt be allowed in the street in those situations.

I guess is okay to put an untrained pilot behind a plane with 300 people...and if it crashes o sorry he was untrained he usually flights drones only...

If you know where Minneapolis can get a couple hundred well trained riot police right now, please call Mayor Frey's office, he'll be very gratefull. Otherwise it's "all hands on deck" here today. More mistakes are sure to be made.

More mistakes - like ‘accidentally’ killing someone by kneeling on theIr throat?

But it was only mistake, they dont have train personal.... :(