“I only shoot natural light. I’m a natural light photographer.” I can’t even begin to count how many times I’ve heard some variation of this statement. It doesn’t get any less silly each time I hear it, though. Why would anyone want to box themselves into doing only one thing?

Of course, I have my own preferences; give me a nice, clean studio, an experienced model or dancer, a giant softbox, and some reflectors, and I’ve got more than enough to keep me occupied for hours. Literal hours! But that doesn’t mean I would never shoot on location, in available light, or at the very least, know the basics of manipulating non-studio lighting conditions.

What Are the Different Types of Light?

I think it’s important to define some of the different lighting conditions available to photographers. Ambient light or available light is the light that is just there in any given location. If you’re outside, it could be the sun or a street lamp. If you’re indoors, it could be the lights that are on inside the building — essentially any light that is there that you can’t turn on or off. Natural light is most commonly the sun during the day, but also on some nights, the moon. The quality of these lights depends heavily on the time of day, the season, and the weather of the day, as well as your physical location on the globe.

In contrast to this are lights you can control. For the purpose of this article, I’ll call these “modified ambient lights.” As an example, you could find the switch to the lights indoors and turn them on or off. You might be outdoors on a bright sunny day and to soften the sun, you could scrim your subject with a diffuser (which is kind of like putting a fancy white sheet over your subject, so it diffuses the harsh sun).

Finally, you have studio light, which is a bit of a misnomer, as you can take studio lights on location. These fall into two main categories: continuous lights or hot lights, which are always on, and studio flashes, which only fire powerful flashes of light when you take an image. Flashes can be speedlights, which are small and mobile, or various types of monoblocks, which each have their own disadvantages and advantages ranging from mobility to power (the more power you need, the less mobile you’ll be, generally).

How do you put all this together? Generally speaking, your aperture controls your flash and your exposure time controls your continuous (or ambient) lights. It’s a bit tricky to take in, but once you get the hang of it, you’ll be golden. 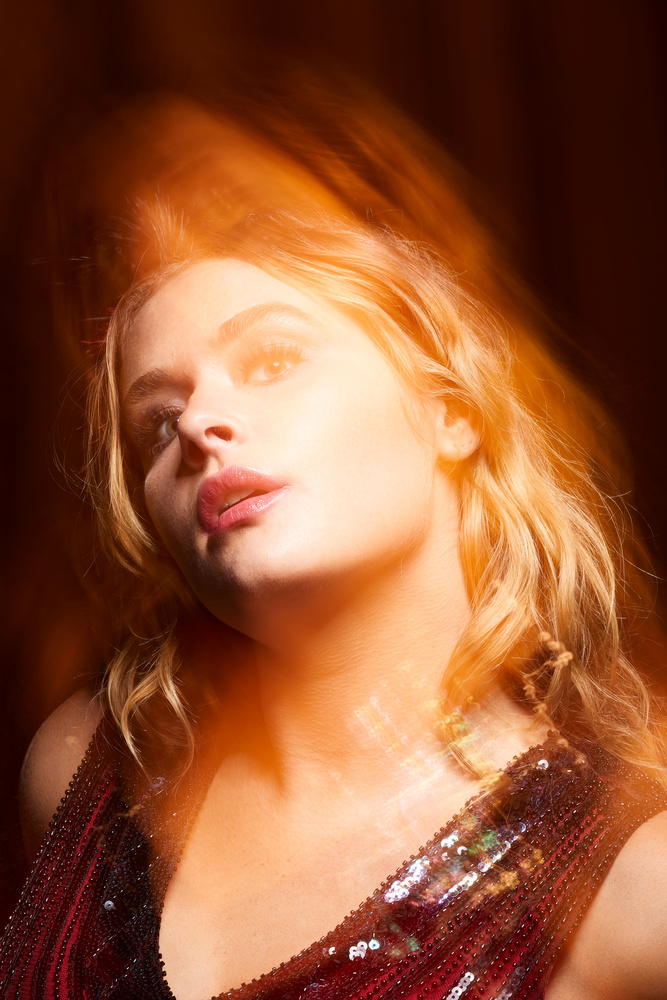 Confused? Let’s walk through this setup together. A good place to start is to take an image with your monoblock lights set up. This might be a bit easier if you’re starting out if you only use a single light source. The aim is to get a good exposure with the strobe on,and total darkness with the strobe off. (For me, this means shooting somewhere between f/8 and f/22 with an exposure time of 1/160 sec).

Some 'in-camera effects of combining a continuous LED with studio strobes.

Next, turn your strobes off and turn your continuous lights on (if the continuous lights weren’t already on). Fiddle with the shutter speed (and only that) until you get some sort of image. Depending on what your aperture was, this can mean anywhere from 1 second to 10 seconds, and depending on the effect you are after, you might want a sturdy tripod at this point.

Once you are seeing a bit of an image without your strobes, turn your strobes back on (which really means you have all your lights on).

Shown is the image photographed without strobes; and then with strobes added in. The camera settings were left unchanged between the two images.

You can play with this effect a bit where you have part of the subject lit with continuous light and partly lit with strobes, or have the subject wear different (shiny and less shiny) clothing and accessories to create cool streaks. The basic gist of it is there; the rest is up to your imagination. 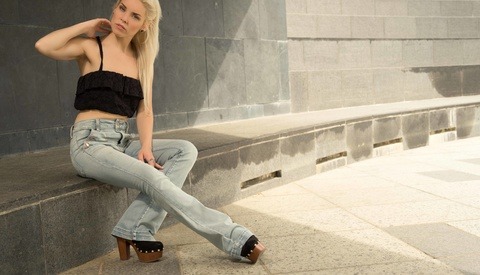 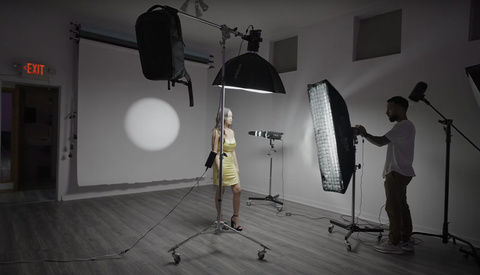 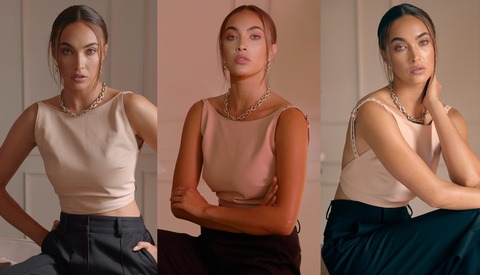 I have a sneaky suspicion that "I'm a natural light photographer" is code for "I don't know how to use studio lights" much of the time - And, there's nothing wrong with that - No one was born knowing how to do everything there is on the planet - But it would be beneficial to say you're in the learning stages of how to use strobes and/or continuous light... and proceed to learn.

I agree. Having a preference is one thing. But not knowing something and being unwilling to learn is another.

Ali Choudhry i assume you took other images in the location. And this is not a criticism but you would have saved the 400 odd dollars for the location fee and just shot this in studio or any other dark room. There is nothing in the posted shot that show off that amazing interior

I definitely did show off the space in other images! I see what you mean by that comment though lol