Phase One Labs is a new function available for Phase One IQ4 150MP and 150 Achromatic digital back owners. The lab offers beta versions of features currently in development, allowing photographers to provide feedback for future releases. Even though it’s only in beta, the first feature is a doozy.

The Phase One Labs program is a new move for the company that seeks to further take advantage of the robust hardware packed into the IQ4 150 MP and 150 MP Achromatic digital backs. The Infinity Platform that the back is built off of has allowed for some unique and impressive new tools so far, including the Automated Frame Averaging Tool which mimics long exposures by capturing tens, hundreds, or thousands of images over a set period of time. The images are then averaged together in-camera, producing a single raw file with vastly reduced noise, since random noise is canceled when averaging images together. And since the averaging is not additive, the initial exposure is maintained regardless of how long the capture lasts and how many images are averaged, preventing the need for neutral density filters.

The new tool available for IQ4 150 MP digital back owners in the Lab is called Dual Exposure +, and even in its beta stage, it packs a significant punch. The goal of Dual Exposure + is to increase dynamic range in high-contrast scenes by removing noise in the deepest shadows so they can be brought up cleanly in Capture One Pro. This allows photographers to expose for highlights while feeling warm and fuzzy, knowing that there’s plenty of information in the shadows.

To accomplish this, the digital back will automatically capture two separate images; one at the exposure the user has determined, and another three stops above the first exposure. The two files are treated as one in the digital back and automatically and seamlessly combined in Capture One Pro. Comparing a single capture with a Dual Exposure + capture will not show any initial differences on import, but once the shadow information is brought up, the differences are clear. Further variations in the files can be seen by removing all noise reduction. Clearly, the Dual Exposure + image begins life with far less noise than the single capture, making any noise reduction more effective while also retaining exceptional detail in shadow areas. It should be noted that in Capture One, the effects of the additional detail are only really observable without artifacts when viewing the image at 100%+ and after the image has been processed.

Dual Exposure + takes advantage of the electronic shutter (ES) found in the IQ4 150. Though the IQ4 100 MP Trichromatic also has an ES, this feature relies on the BSI sensor in the 150 MP and is not available in the IQ4 100 MP digital backs. The ES has a strong rolling shutter effect, taking approximately 1/60 s to scan down the full sensor, so it should be used on a tripod to photograph subjects that aren’t moving rapidly across the frame. Small movements like leaves fluttering in the distance are a non-issue. The ES, as well as the Dual Exposure + Feature, cannot be used with a strobe due to the rolling shutter effect. Though the ES takes roughly 1/60 s to scan down the whole sensor, each row of photosites is exposed at the user-defined shutter speed (up to 1/4,000 s).

While experimenting with this feature, I was surprised at the confidence it gave me. High-contrast scenes are notoriously difficult to capture in a single image, often requiring multiple captures to be combined in post-production. While the Dual Exposure + feature is technically doing the same thing, the feature removes much of the work and elegantly simplifies the process into a single file with loads of data. Unsurprisingly, the file size of an image (images?) captured using the highest quality IIQL 16-bit Extended file with the Dual Exposure + feature weighs in at a whopping 400 MB. This shouldn’t come as a huge shock considering a single IIQ file at its highest possible quality weighs in at around 170 MB.

At the moment, the feature is somewhat clunky to use, considering it can’t be accessed from the live view menu and takes several extra seconds to capture. I found that if I was capturing an image at 1/3 s, the actual time from capture initiation to being capture ready again was 7.8 s, likely due to the second capture as well as potentially up to two black frames. While I would obviously prefer this process to happen instantaneously, considering the feature is in beta, how much is going on in the digital back, and the benefit to the final image, I’m ok with this amount of time for now. Other (current) limitations include a maximum ISO of 400 and a maximum primary exposure time of 0.9 s (7 s secondary exposure time).

The Phase One Lab, of course, is optional for IQ4 150 MP owners. Since the features made available in the Lab are in beta, they shouldn’t be relied on in a make-or-break professional environment, though in my use, it appears like this feature is ready for prime time. It will be interesting to see how the tool evolves from photographer-provided feedback between its current beta version and the final release. Its effect on noise in shadow areas is obvious, so I would imagine most changes will be UI or implementation.

Computational photography capabilities like the automated frame averaging tool and the new Dual Exposure + feature appear to be the logical next step for Phase One and its IQ4 150 MP line of medium format cameras, and in my mind, are the natural evolution of the medium format digital back. This is fertile territory considering there’s so much data to work within the 150 MP files, and there aren’t many other manufacturers making these kinds of features available in their camera bodies. Image quality has always been Phase One’s calling card. The hardware is already successful in producing stunning quality, but computational features like these and other potential features introduced to the Phase One Lab that take the hardware and image quality that already exist and elegantly take them a step further is a very interesting prospect.

Zac Henderson is a full time digital nomad traveling the US. His work is inspired by science and the natural world, and seeks to communicate a cosmic perspective. He specializes in the use and training of Phase One medium format camera systems. 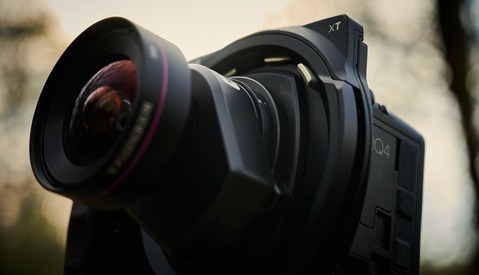 Gear / May 1, 2020
Hands on With the Phase One XT: A Digital Medium Format Field Camera 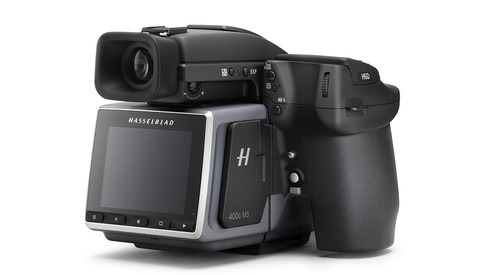 I love this feature and I am looking forward to new developments as well.