Chinese electronics manufacturer Xiaomi has announced two new cell phone cameras. The first has a 64-megapixel sensor in the flagship Redmi phone. The second has a 108-megapixel sensor built for a future phone.

The 64 megapixels will be packed onto a 1/1.7 " sensor. This sensor is supposed to have improved low light performance over its previous 48-megapixel camera sensor. The size of the 108-megapixel sensor has not been announced yet, but I can imagine it will be at least 1/1.7" if not larger.  The sensor is produced by Samsung and is called the ISOCELL, "ultra-clear." Images produced by this camera will be 12,032 pixels by 9,024 pixels.

I do not see how Xiaomi could pack that many megapixels into that small of a sensor, while at the same time increasing the low light capability. Is it possible Xiaomi is adding a new pixel tech like Huawei's RYYB (Red-Yellow-Yellow-Blue) pixel layout that replaces the green pixels with yellow pixels? Without some kind of new tech, the camera could be very limited in its abilities. This new camera could produce an image that has incredible detail in bright light but produces muddy, noisy photos in low light. Or possibly,  this could be a sensor that pushes cell phones closer to professional use. 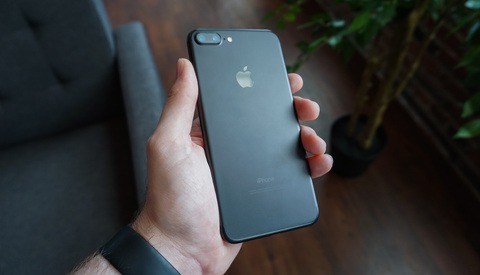 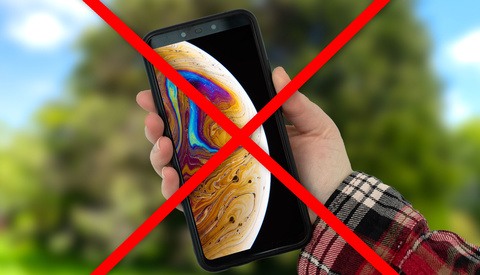 LMAO !
You can stuff 10 pounds of crap into a small lunch bag .. but it might be messy.

Bring back the "who wants a full frame" conversation, let's have popcorn festival

I want a full frame. Not a cell phone.

I have both, can't leave them in the same room or they'll fight each other to the death.

I saw someone call this phone a medium format phone. But then I realized they were being sarcastic. Or at least I hope they were.

If you want good information about how and why, then reference this article from 6 days ago on petapixel:

or this one from yesterday:

Why is it that Fstoppers seems to just read an article on petapixel then sparsely report it here, with a fraction of the information?

"When the sensor was teased, we speculated that it would feature Samsung’s ‘tetracell’ technology (read: a quad-bayer array). This is, indeed, the case. The image sensor features a quad-bayer array that “merges four neighboring pixels” into a single bigger pixel, allowing it to capture 27MP images in normal or low-light, or “remosaic” 108MP images in good lighting." - Petapixel

Did you, the author, do ANY research before writing this?

I found out about the new phone and sensor from a google alerts last week. All the info I found on it came from the original tweet.

The article from petapixel about the samsung sensor had not dropped yet when I wrote the article. But thank you for sharing it. That is good information.

The point remains that the writer for petapixel still found and listed the appropriate information from the same tweet that you saw:

"Xiaomi actually made two announcements today. The first is that it will be using Samsung’s ISOCELL GW1 64MP image sensor in an upcoming Redmi phone. That, in and of itself, is a big deal. The GW1 uses “tetracell” technology (read: a quad-bayer array) to shoot 16MP images in low light, but thanks to a “remosaic” algorithm, it can still spit out full-resolution 64MP images in bright conditions. It’s the highest resolution smartphone image sensor available… for now."

Some research on your part would lead you to the same knowledge, about the GW1 sensor.

My point is, instead of just writing an article and submitting it for publication, taking some time to research what you read and what you are writing would do everyone a favor.

Did you wonder what the GW1 sensor was and how it worked, and then attempt to find that information?

I am new to this. I think it's fair to say petapixel dug deeper then I did. I did go back and check the tweet from Xiaomi. It did not mention the GW1 tech, just the sensor size, and megapixel count. Now I wish I had read the petapixel post first. They did link back to Samsungs information on the sensor, which goes a lot more in-depth on the ISOCELL GW1 tech that you are mentioning. From what I am reading, it's a lot different from Huawei's RYYBpixel layout.

Thanks for the heads up information on this sensor.

Terrific. That megapixel race was never really over.

I think I read somewhere that the new samsung 108mpx sensor is closer to 2/3 inch. I wonder if that requires a bigger bump

You did? That would make sense. I’m very sceptical that this camera will be any good.