Freelance Festival Photography May Be at an End

Los Angeles festival juggernaut HARD announced yesterday that there will be a total media blackout for the HARD "Day of the Dead" event. This along with other festivals cracking down hard on photographers may spell an end for freelancers.

With less than a week before the event, Live Nation restricted the total ticket sales to 40,000 and enacted age restrictions to 21 and over on top of the total press blackout. This means that even the artists are prevented from bringing their own hired photographer to the event. This is a huge hit to those who have worked tirelessly to find their place in the festival photography world.

Realistically there is no such thing as a media blackout today, every attendee has a mobile device capable of taking and sharing photos. However, limiting artists from bringing their own photographer seems silly. Sure lock down the random requests for pit passes, but why exclude those like Adam Elmakias from working with a band they’ve developed great relationships with. The most frustrating part is that HARD seems tight-lipped about the situation. This all is perhaps fallout from the two teen girls who passed away at HARD summer in August.

Insomniac has also cracked down on photographers this year. Personal photographers (paid or unpaid) will no longer be allowed to accompany artists; instead, the festival’s official team of photographers will provide services on a tier-based system. Essentially, pushing out everyone else so they can have the pie all to themselves. Citing safety concerns as the reasoning seems reasonable until they decided that they wanted to charge the artists for coverage.

It’s really too bad to see a blanket policy enforced because either they are too lazy to sort through the requests for legitimate coverage or letting the actions of a few affect the industry as a whole. I’ll gladly stick to my hardcore shows where they seem happy to have coverage. I'm interested in hearing your thoughts on the moves by the festival hosts.

Per Billboard: "Due to interest and demand from media to cover the artists and performers at Hard, the organizers have revised their policy to now offer credentials to qualifying media." Who knows what they will deem as qualifying however. 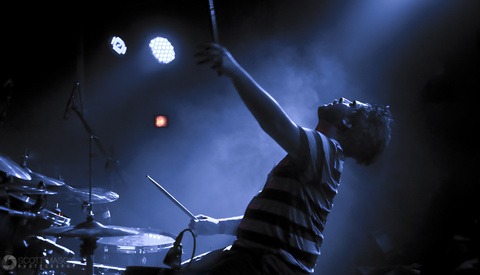 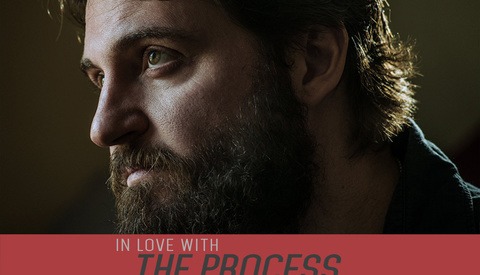 DIY / April 12, 2017
How Do You Stay Motivated as a Freelance Photographer or Independent Filmmaker? 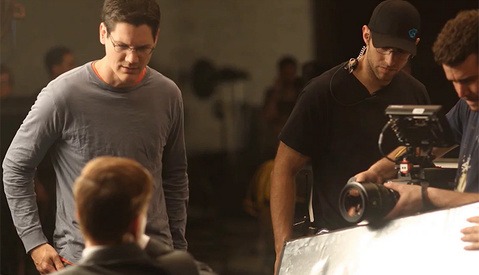 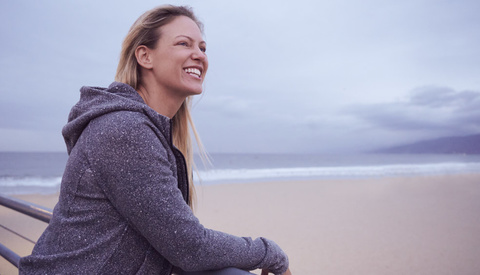 How does this compare to professional sports events (NBA games, etc)? My guess is the handful of shooters at games represent the team, AP and other news services, etc, and are all vetted by the event producer. Their purpose being to create professional-grade photographic coverage of the event that directly promotes the interests of the team, league, venue, etc.

As an outsider it's perfectly understandable that HARD and other producers would want to control the official photo/video coverage of their events.

I'm pretty sure that the team can bring whom ever they want as team media though. This is prohibiting the artists from hiring their own.

Sounds a bit like a greedy attempt to profit from exclusive festival coverage by restricting outside photographers from providing legitimate editorial coverage and turning around and profiting themselves by selling the performing artists photos of their own show that the artists themselves were prevented from documenting. The whole concept of media photography used to be for artists to allow for media coverage for promotional purposes. Not for the festival to monopolize media coverage for personal profit.

This is similar to a situation back int he 80s when general photographers wouldn't be allowed to bring gear in shows to shoot artists. That movement was apparently spurred by the artists themselves who didn't want posters of their likelihood sold. I used to shoot a lot of concerts back then, but I stopped shooting right about the time the ban was imposed. By the '90s that seemed to have subsided and people were bringing cameras and then video cameras back into venues.

This however is pure corporate greed, not too surprising in this day and age. This may be beneficial for making use of small cameras like 4/3rds and Nikon 1s, that can be sneaked in.

The athletic leagues won't do this or they'll face a firestorm of censorship accusations that they truly don't want plus the leagues desperately need the media. I have a feeling the artists at this show aren't going to be very receptive when they find out that there won't be any media promotion. They gotta sell tickets to their other shows.

As someone who has been shooting music festivals for artists, blogs and others in Los Angeles over the past few years, including many Hard and Insomniac events, this is quite sad. The work of Insomniac's photo team is really quite impressive, but its no doubt greed on the promoters' part. The writing has been on the wall for awhile now. I really enjoyed covering these events. EDM artists are the most fun and friendly group. It sucks that they are pushing out the little guy again.

I agree that all this is wrong in every way. However I am a photographer attending both HARD Day of the Dead and Insomniac's Electric Daisy Carnival Orlando in the next 2 weeks hired by an artist. We have been told the blackout is for media/press credentials and NOT artist hired. I have been confirmed for both shows with stage access no problems. So this article is not entirely true. Sorry to say but 'Thump' is not a reliable source. They are parented by Vice and as we all know Vice exaggerates everything.

Here's how I see it. Festivals are for making their promoters, and hopefully the bands, lots of money. After all, Woodstock may have been the iconic grand daddy of all festivals, but it lost a shit load of money for all concerned, or at least until the movie came out. For the most part, the media, and photographers in particular, don't contribute to the festival (especially financially) except after the fact, with many media outlets only giving pre-coverage in exchange for buying advertising space.

With all the restrictions placed on photographers at festivals and major concerts it makes sense that the artists and promoters restrict photography to their own photographers whom they trust, providing the photographers are properly paid, which then supply the media with images. However, charging the media for those images, unless it is for exclusive usage, will undoubtedly backfire and the promoters will find their events not getting any post coverage. Most media outlets don't really care where the images come from, which is why so many of the newspapers and magazines have fired their staff photographers and use mostly unpaid freelancers. Let's face it, the main reason most FREElancers want to shoot festivals is for the status and to bolster their portfolios with name acts. It's rare to make money because there is so little of it available. As we all know, the only real place to make money as a music photographer is working directly with bands. The fact that the festival in question is also banning bands bringing their own photographers is a bit stupid, and it should be up to the bands to defend their photographers and have them included as part of their riders. If the band photographers are restricted to just shooting their designated bands then it shouldn't be a problem for anyone.

The main problem is, there is very little solidarity amongst music/concert photographers so it is nigh impossible to make a stand against concert/festival/venue promoters because there will always be someone that will grab the opportunity, paid or not.

@Chris Patmore - while I can agree with much of your comment, I would like to clarify something. "FREElancers" does not mean photographers who work for free or those who "need the status". It means that I work for myself. I am a professional photographer who works for a variety of media outlets and clients as self-employed. I am my own boss and I file my own taxes. I don't get vacations or 401s (or weekends off, for that matter), I get paid for my work, my work is published and I am respected in my field because I hold ethics and professionalism to a high standard. Many of the photographers I know are freelancers, and it doesn't mean that we are shooting shows because we are fangirls and fanboys and it is not to pad our portfolio. We are photojournalists and documentary photographers who work in partnership with the media and PR to offer news and entertainment worthy coverage of music, events, and special interest stories. As the state of the industry is eliminating more and more staff photographer positions globally, I am sure you will be seeing more and more photographers identifying themselves as freelancers. This doesn't mean we aren't legitimately credentialed photographers. Other than that, I agree with your comment.

Live Nation -- although in some sense is promoting live events and artists..

In much more measurable ways, they're killing other forms of expression for reasons of greed and total dominance in a very specific area.

Shooters at live events are there to capture images. Those images in a sense provide 'juice' to the act by way of publicity and.... just 'getting them out there'. So my controlling all of these aspects down to the enth'degree, they are in fact killing the flow of juice for that act.

This isn't even going into the contractual horse pucks their agreements with shooters reads IF they decide your worthy of shooting one of their deals. They are in fact becoming that 1% of arseholes.