I Learn To Scuba/Fail At Underwater Photography

I spend most of my time in Charleston, SC and NYC. It was February and Charleston was uncomfortably cold and NYC was unbearably cold. I had some free time so I decided to fly down to Placencia, Belize and learn to scuba dive. As a photographer I wanted to get some cool photography as well. The trip ended up being the most memorable trip of my life but I broke 2 of my 3 underwater cameras on the first day and I didn't get a single quality image under water.

So when I decided to go to Placencia I wanted to be prepared. I bought a Panasonic TS1 (tough point and shoot) a Canon SD940 IS (small point and shoot) and the Canon waterproof housing, and an underwater housing for my D700. The day I got there I decided to take my TS1 snorkeling and the camera leaked. The camera completely stopped working and so I opened up the "waterproof" doors and let it dry out. The camera kind of came back to life... The screen would flicker on and off but I could still take videos. Every clip out of water or in shallow water in this video was taken with the semi-broken TS1.

But this wasn't a very big deal because I still had 2 more cameras left. On our first day of diving I brought the SD940 down 60ft and guess what happened? Surprisingly it didn't leak at all and it worked great, but when I got out of the water I tried to turn the camera off while it was still in the housing and the lens gets stuck! "Lens error"; now I have one semi-broken TS1 and a completely broken SD940 and it hadn't been 48 hours yet.

While I was on the dive boat I had the opportunity to speak with an underwater photographer with over 30 years of experience. He told me that without flash every shot I take will turn out to be that nasty blue color you've seen in all of my videos. He told me that I need to invest in at least 1 long strobe arm for my d300s housing and that I need to get below my subject and shoot upward so that you can see the sun rays from the surface in the background. Great advice but I never bought any underwater strobes. After hearing his story about his last Nikon DSLR housing flooding I decided not to take the risk since I knew I wouldn't be able to get good shots without strobes.

So my D700 remained in my cabana hut all week and I never even turned it on. All of the deep underwater footage from this trip was taken on the first day of diving with the SD940 and we were training during all three of those dives so we didn't see much wildlife. I had 6 more dives (after I was certified) over the next few days and I saw some amazing wildlife and I am so mad that I didn't have a camera to shoot video of it. I was face to face with multiple sea turtles, I saw a couple of huge sharks, a couple of massive sting rays, and amazing coral and fish.

When I got back from the trip I took the SD940 back to Adorama and they gave me a brand new camera without any hassle. I really appreciated them being so understanding and willing to help. I got my TS1 from BH 2 months before and so I didn't have as much luck with them. They directed me to Panasonic and they agreed to give me a refurbished model after I mailed my broken camera in. Now I just have to wait before I get this replacement back.

Quick note about the TS1: As a professional photographer the TS1 is the best point and shoot camera I have ever used (aside from it leaking). If you want the highest possible image quality then of course I would suggest a Canon G11 or something similar but I have my pro gear to take ultra high quality photos. The TS1 is small, it's made of metal and is tough as hell, it has a great wide angle zoom lens, it shoots 720HD video and you can zoom while you record (most point and shoots can't do this), but my favorite feature is that this camera has a constant LED light on it for video in the dark. When I go out with friends to bars I have the only camera that can capture valuable blackmail footage. I want my point and shoot to go places that my big Nikon gear can't and the TS1 was a dream point and shoot until it leaked. The TS2 is out now and it is even tougher and more waterproof than before. When I get my refurbished TS1 back it will go up on eBay so that I can buy this upgrade.


Lee Morris learns to scuba dive in Placencia Belize from FStoppers on Vimeo. 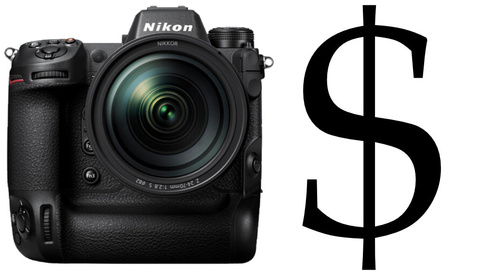 Very cool! I wanna take some scuba lessons so i can start getting into underwater photography. And being in Wisconsin, it's not the easiest thing to do lol. But, me and my friend did manage to do an underwater fashion type shoot. Here is my blog post with video and photos, enjoy!

Congratulations on getting certified to scuba dive. As you now know, it's awesome.

As a professional photographer and certified scuba diver (but not a professional underwater photographer), here's my advice for being a better underwater photographer: leave the camera on the boat and work on your diving skills for a while. (I'm surprised that your instructor even let you dive with a camera during your open water training dives -- safety first.) The five dives required to get certified are no where near enough experience to be considered a good diver -- according to most instructors it will take about 50 dives to dial-in your skills. Without really good buoyancy control you won't be able to hover close to your subject without bumping into and damaging the fragile marine life you're trying to photograph.

Thanks for the post Joel. I totally agree with you and that is part of the reason I didn't bring my D700 down with me. All of the shots for this video were taken with a small point and shoot camera with a wrist strap so it wasn't a big hassel to deal with. I can't wait to get more practice.

Lee, The video quality looks really good. What camera and housing were you using? I recommend getting a "bluewater" color correction filter for your next trip.

Hey Joel, most of this video was shot with the Panasonic TS1

Lee,
Joel is exactly right. There are several issues with underwater photography/videography that we do not deal with on the surface.
1) Everything is moving including yourself. Even the water between you and the subject is moving.
TIP: get your bouyancy control down pat and you can hover over your subject and control your depth (within a foot or two) with your breathing. If you have the time just go to the bottom and sit, let the wildlife come to you. Its all about control.
2) lack of light, after 33ft you really start to lose ultraviolet light and everything becomes more and more blue.
TIP: Shoot pics in clear shallow water. Places like Curacao, Caymans, Bahamas, Cancun all have great water and abundant sealife in less than 30ft of water. The colors are brighter you can stay down for over an hour on one tank and take the time to get your shot.
3)Tunnel Vision. Most divers focus on what is only in front of them. TIP: Awareness, look behind you, look into the blue away from the wreck, you will get so much more out of your dive than others and its also good for safety.
4) Gear- it floods. It just does. Unless there is money in it for you, use less expensive gear. Spend a few hundred and not a few thousand. Learn on and destroy that first then move up to pro gear.

Take a look at the videos on our website eastcoastdivermagazine.com every bit was shot before 2006 in SD on cameras costing around a $1000.

Here are a few links of my underwater video:
http://www.youtube.com/watch?v=vke-r3YtQQE

Rob, your videos look great. If you shoot a quick video explaining what you do we would love to post it.

Will do Lee. Keep in mind I am just up HWY 17 here in Wilmington,NC with Brownie (my neighbor) come up &amp; dive this summer and we can work on some underwater stuff. There are some amazing wrecks here to shoot. One wreck shoot I want to do is set it up at night with an underwater light kit(s) and shoot it without any natural light. Should make the colors explode.