Skylum are pleased to announce the features and date of editing software Luminar 4 released later this year. With the biggest update in the program's history, it packs several new features and changes in its interface.

Coming to digital market on November 18, 2019, Luminar 4 will have a variety of enhancements, not least the Sky Replacement and AI Structure tool that Skylum teased us with earlier in the year, but also additional changes to the software. Luminar 4 is aimed at giving photographers a purpose-based not tool-based approach to post processing. Even though software incorporates complex tools, Skylum claims they are easy to use and allow customization, which suits both beginners or experienced professionals. Alex Tsepko, CEO of Skylum, adds that "the changes we've made to the interface and workflow will make the photo editing process faster, and open up new possibilities to photographers everywhere".

Taking into account user feedback and data the company has studied, Luminar 4 has experienced the biggest update so far. For example, in Luminar 4, filters have been renamed as "tools", making it simpler to understand the software, and they have been further organized into six tabs. Intended for different purposes, this classification of tools is meant to make it easier for users to find the right tool. These tabs consist of "Tools", "Essentials", "Creative", "Portrait", "Pro", and "Deprecated". The latter are tools for compatibility of presets that have been created within earlier versions of Luminar; they aren't relevant anymore and as such will be removed in future versions. Additional updates include enlarged fonts, increased spacing between elements to improve readability, increased availability of basic functional elements, enlarged sliders, and better optimized contrast of interface elements. 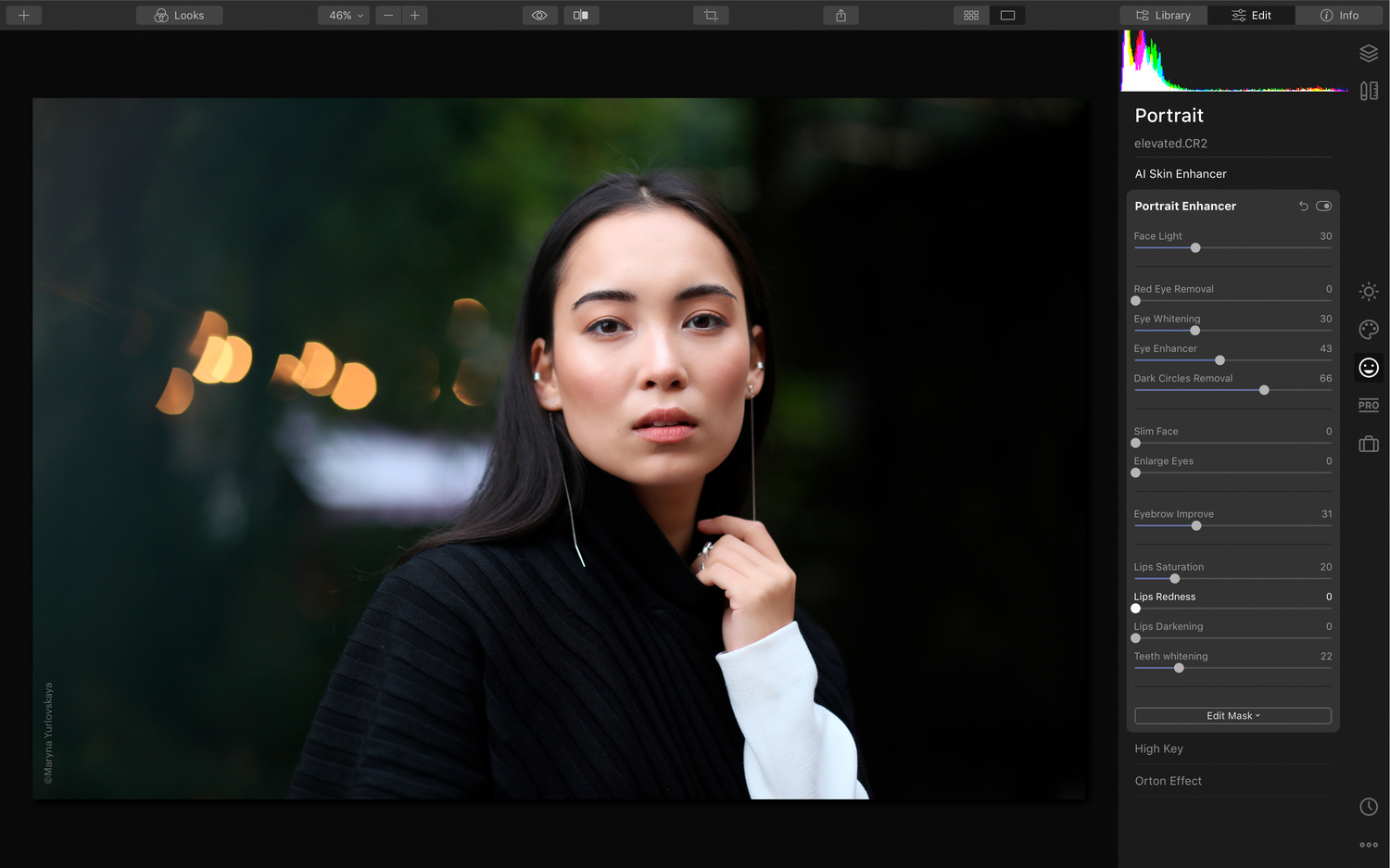 For photographers interested in pre-ordering Luminar 4, they will also receive a bonus one-year plan to SmugMug (worth $180) and it costs $79 for a new purchase or $69 for an upgrade. Once released on November 18, 2019, the price will jump to $89 for a new purchase and $69 for an upgrade. While available as a standalone application, it will also feature as a plugin for Adobe Photoshop, Lightroom Classic, and Photoshop Elements, as well as Apple Photos for macOS and Aperture.

Images used with the permission of Skylum. 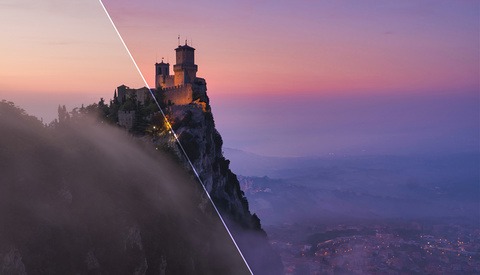 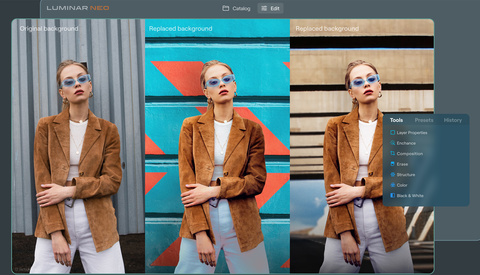 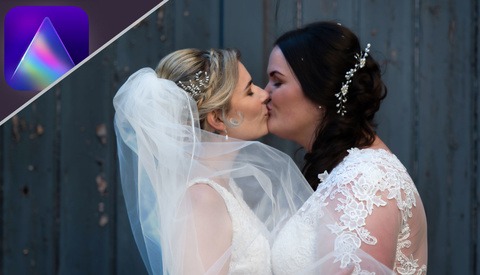 Portraits / February 7, 2021
Use Artificial Intelligence to Improve Your Portraits in Luminar AI

For people who should not be photographers!

For Photographers that don't want to be post processors.

I thought that when I saw the first bits of marketing. But I have a contact who allowed me to play with their advance copy for an hour or so. (Can't say who… NDA).

Version 4 definitely has the eye candy presets that make most pros retch but I was impressed with the toolsets/filters. Even though they each have a specific purpose, each filter comes up with the sliders "zeroed" out. You get to decide how to use the filter and how much of each effect you want. Someone who is knowledgeable at post production can save a lot of time once you learn the UI.

Like any tool we just have to know when to use it… and how much of it to use.

I can see how it may help dupe the investors and raise the next round.

However from the photographer's or retoucher's perspective Skylum just stinks.

Looking at the "featured photos" below the comment section, it's obvious that most if not all have been highly enhanced. So, to bash software that does just that is hypocritical at best. As Miller says, you just have to know how to use it properly and with restraint.

So here is the deal it is easy to be negative. Lets looks at this for what it is a tool. I use Photoshop CC and Lightroom as well as some skylum software I love there HDR app. I see this as an extension of PS it just gives me more options. Also some of there tools shorten the path I am trying to achieve. So be negative if you need to however I bet you have never used the software.