Sony just released their new software suite, Imaging Edge, which is the combination of three applications. The three different programs come bundled together in a single installer which is available for both Windows and Apple computers which you can download here. The software set features several functions and controls that aren't exactly new to the world of photography but are designed in a way to help streamline workflows for photographers. In addition, just as was outlined in Sony's original announcement, Imaging Edge is designed to maximize the capabilities of the Pixel Shift Multi Shooting technology.

The three different programs, Remote, Viewer, and Edit are built in a way that allows photographers shoot with a tethered setup and then seamlessly progress to culling and then editing the shots. You can check Sony's list of supported devices to see if your camera will work with any or all of the programs that come in the software suite. Right now, the only Sony camera that supports all elements of this technology is the Sony a7R III as noted in the list of supported devices.

Remote is a tethering application that allows photographers to make adjustments to shooting controls all while checking the images on the larger screen of a computer. It includes controls such as grids, guides, and other overlay functions that allow you to make more precise adjustments to your compositions. You can also make more finely tuned adjustments using the Aria focus controls, zoom display, and the manual focus functions.

Viewer is a fairly standard image selection program that allows you to preview your shots in a list view where you can then add ratings and select shots to then send to Edit for developing. Viewer can reference folders which saves time because file import is simply not necessary. It also contains grids and guides that you can use to check your shooting images. The selections and ratings that you apply within Viewer can be transformed to an XMP Adobe compatible format which will then allow you to transfer to both Adobe Bridge and Photoshop.

Edit is the last step for your files in this sequence of programs where you can then make adjustments to your images such as image brightness, white balance, sharpness, noise reduction, and several other controls for developing your shots. Of all the documentation that Sony has created for this suite, they have spent the most time detailing the controls and abilities for harnessing Pixel Shift Multi Shooting and for how to create your own optimized workflow for that particular shoot method. Imaging Edge is clearly designed to help photographers take images captured with the pixel shift technology and smoothly navigate from shooting to editing. Because of the time and sensitivity involved with taking pixel shift shots, the sets of controls contained within this software bundle are built to help you make more in-camera adjustments which aids you in creating the cleanest, sharpest image as is possible. You can find in-depth documentation concerning camera controls for Pixel Shift Multi shooting by clicking this link.

Like most software programs out there Imaging Edge has room for growth and expanded capabilities. Since this is the initial release it's probably safe to expect plenty of updates for both the software itself and the firmware for the cameras that will be added to the list of supported devices in the future. Sony has also set up the software to give you the ability to connect the Imaging Edge suite to other post-processing programs such as Adobe Bridge, Adobe Photoshop, Lightroom Classic CC, and Capture One 10. Instructions for registering and using external programs can be found here. Personally, I am pretty excited to see how this technology evolves and expands over time. What are your thoughts? Make sure to comment below and let us know! 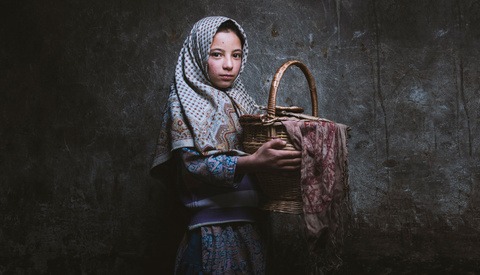 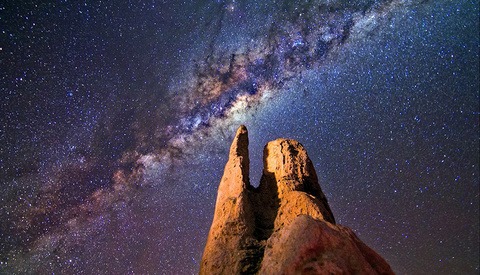 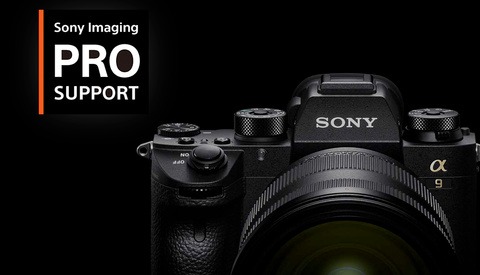 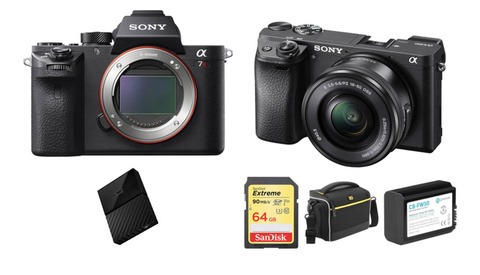 I'm definitely interested in taking a look at Sony's approach to workflow and image processing. I've owned a Sony A7R2 for over a year now as my main camera body and have relied on Capture One in my studio for tethering, since LR doesn't support Sony tethering. I'm definitely going to download this software and test it out.

To be honest, I'm still waiting on updates to their "Smart Remote Control" app. It could be a great piece of software for mobile tethering to a tablet, but it lacks some essential features like the ability to use the EVF (electronic view finder) while shooting tethered to a tablet. They haven't made any updates to this app since November of last year....so yeah....there's that.

I'm interested in seeing what they do what this suite of apps. Would have been nice if they would have just made one piece of software instead of 3 separate applications

My first impressions of this new Sony Imaging Edge software are not great. "Edit" and "Viewer" are super slow. I couldn't get "Remote" to even work for my Sony A7R2. Sticking to Capture One for tethered capture using my Sony

I was legitimately curious to see what your thoughts were. Being a Canon shooter, there was just no way for me to test the software out. So far, it seems Sony has got some work to do before the software becomes a viable option for their customers.

I have been a long time Canon shooter as well. Just last year I switched over to Sony A7R2 as my main camera body. I still use my Canon's from time to time. But I'm shooting with all Canon glass.

I think most OEM software is pretty terrible. I didn't have high expectations for Sony software going in. I've already deleted my software install as I won't be using it again anytime soon.

I will say though, the I really like the idea of having apps that you can download for Sony cameras. I use a few of them and they are super helpful. They're just a pain in the ass to install and update.

Well I saw this over breakfast this morning and thought that this looked like a remake, update, call it what you will, of the old Sony PMB, which to my mind was a great quick and dirty way to scan though your photos straight off the memory card, back them up to the PC and decide if you nailed what you wanted. If it replaced that in my workflow then I would be one happy bunny.

But I put it on my old HP laptop to see if it worked, runs the latest update of Windows 10 Pro so I thought it could be a winner. But I was very disappointed when firstly the Viewer went and crashed before loading or on loading, depending on how you look at it, then the editor loaded a raw ARW file but the image showed up and then went monochrome. So I am definitely not impressed, and to add insult to injury, my Tea went cold! And that to a Brit is a heinous crime!

Man, insult to injury, cold tea is never good. I'm on your side with that one! So far your feedback on the software doesn't seem to be isolated. Sony seems to have some work to do before this becomes a decent option for their customers. I'm glad you checked it out, because I don't have any Sony-compatible files with which to test it.

Manual focus mode only available for a7R III
Moving focus in small steps manually - this should be available for all the cameras. I really don't understand this limitation.
*facepalm*

You can't sort by Pixel Shift photos which is a huge pain for those of us that just want to get in and out for this single purpose. Also export settings don't save for next time so you have to reset your preferences every time. Viewer crashes easily if you scroll through many images in thumbnail view. Trash release.

Yeah man, it's pretty terrible software. I really like what they are doing with camera's, but their software really needs some work. I think this may hinder the practical use of the new "pixel shift" technology in the A7R3. Using a separate app just to use that one feature.....I don't know....Canon did this with the 5DMK 4 with the Dual Pixel Raw. Haven't heard anyone talk about that feature since that camera came out.....

I really wish they would update their "smart remote control" app for mobile tethering. I personally prefer to tether to a tablet if I can. And their smart remote control allows you to do that, but it very limited and they have some things they need to work on before I could use it professionally.