All Hope Is Not Lost for Accidentally Deleted Photos

Ever since I bumped into the limits of my memory card at a wedding when I forgot to format it, I’ve been extra cautious about making sure I format before every shoot, which has served me well, except when it didn’t this past week, and I wiped out my children's first trip to Adventureland by accident.

We had come home late. The kids were cranky, and I didn’t do the usual task of copying the card immediately to the computer. A trip to the sprinkler park the next day meant a new shoot, and my muscle memory went straight to the card-formatting menu on my Olympus OM-D E-M10 Mark II. I didn’t even notice my error and kept happily (foolishly) shooting throughout the day.

I made two critical errors here, first formatting a shoot without copying it off the card, but the more pressing one, I’ve learned, is the act of continuing to shoot.

The last time I made this mistake was seven or eight years ago, when I lost the images of a guest speaker at my workplace in the same manner. Back then, I used the very clunky SanDisk RescuePro software to recover bits and pieces of images that lingered on the card, but not really enough to glean anything useful. Now, that’s not even software that’s supported by SanDisk anymore.

Thankfully, modern recovery software has gotten better, and so while I wasn’t able to recover most of what I shot (more on why that was the case below), at least I got a feel for what worked and what didn’t. Here was my experience with three pieces of recovery software that I tried to save my photos. If you simply Google, there’s little way of telling what’s legit and what’s junk, so this should help cut through the noise of recovery software that’s out there. Depending on how you handled your card and whether you are dealing with physical damage, file corruption, or pilot error (like my case), your mileage may vary.

What Worked and What Didn’t?

I tried three programs: Disk Drill, OnTrack EasyRecovery (the Home version), and Recuva, the latter two requiring that I drag out a cheap Toshiba laptop I had lying around since they are PC only. All three versions offer trials which let you see what’s recoverable, so you can check before you pay $89, $20, and $79 respectively. Disk Drill offers a student discount, so that knocks off 20 percent if you are eligible.

I’ll save you the trouble and tell you up front: Disk Drill was able to find the most files on my 64 GB Sandisk SD card in the least amount of time (about 25 minutes for a deep scan). Once I realized my mistake, I stopped shooting. Disk Drill was able to find a few dozen files from the Adventureland shoot on the card, but also thousands of photos from previous months dating all the way back to January. I’m not entirely sure why that’s the case, though it seemed that the larger shoots with more files would have the tail ends of each shoot still lingering on the card, possibly because those photos hadn’t been overwritten yet.

Recuva seemed to find the same set of files, but it did take about an hour to scan. This could be as a result of the slower computer it was running on (my Mac is an i7 and the PC laptop is running a Celeron, which I believe is a processor made entirely of celery). On the plus side, Recuva is much cheaper if you’re willing to wait.

I ended up paying for Disk Drill and saving what I could.

My biggest mistake (other than the initial mistaken formatting) was to continue shooting. Based on reading the FAQs and knowledge bases of these programs, when a card is formatted, the photos aren’t actually lost. The format process just makes the information invisible to computers and cameras and such and gives the system the OK to overwrite the data with new information. If you don’t take any more pictures after a format, there’s a good chance software such as these can recover the photos. Where I shot myself in the foot was continuing to shoot. From what I was able to discern, it seemed like almost a one-to-one ratio of each shot I took the next day making it so that one less photo was recoverable via the software.

I have more than one SD card of course, and I should have used my backups. For the future, in addition to immediately copying the photos onto my computer, I’m also going to switch the SD card and put the other one away and rotate cards for each shoot. This way, if I forget to copy something off, it will just be in an SD card wallet ready to transfer.

Do you have a system to prevent this from happening? What’s your method? Share it in the comments below. 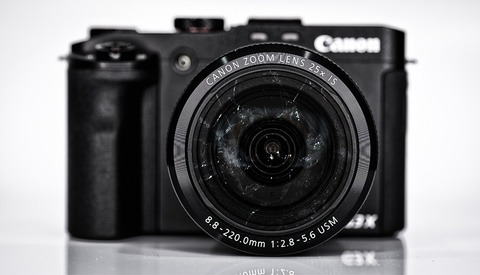 if you understand the technology of how a camera just writes 0's on top of the tables you will soon realize how easy it is to go back into those tables and recover all your images.

It's seems a DOS program, but it's free and the best I've used https://en.wikipedia.org/wiki/PhotoRec

Yikes. My system is to get any photos taken on any day in three places before I go to sleep: the cloud, and two external drives. I can't imagine trying to make an E&O claim if a client lost an entire day's worth of work.

Second, with storage so cheap, get larger cards. A 128 Gb SD card is about $30.00. That will in most cases keep you from running out of space unexpectedly.

That being said, Google is full of recovery options that are untested, so I appreciate you vetting the best options for us.

I had to recover some photos for a person who accidentally deleted their card. I found that jpegs were pretty easy to recover but raw photos were a lot harder. What was your experience?

On a Mac, each volume (including an SD card) has its own trash folder. Therefore, deleting a file does not remove it from the card, but simply moves it to the card's trash folder where it continues to occupy space. The combined contents of the trash folders on all mounted volumes will appear in the Trash bin on your desktop.

So unless your card is massively oversized for the intended purpose, your approach will start "glitching" quite fast. :)

Be aware that you can't recover from formatting done in Sony full-frame mirrorless cameras. Those cameras do an extra step that erases all of the freed-up space and returns it to the card's free block pool. This is great for prolonging the life of the memory card. Not so great if, as in this article, you accidentally format before getting your photos off. There is absolutely no way to recover from format on those cameras, because the data itself has been overwritten.

To my limited knowledge, this behavior is currently present only in the Sony A7 and A9 lines. Also, I'm not positive that the original A7 series did this. I'm fairly sure that "delete all" doesn't do this, only "format."