The Internet is full of memes comparing what people think photographers do with what we actually do. A lot of our actual time is spent inside, editing, on the phone, or sprucing up the website. And through it all, it can be difficult to meet and collaborate with others in our field while we're so busy with our own schedules. But by not getting out and meeting each other, we're missing a huge opportunity to help each other out, pass along jobs outside of our area of focus, and potentially collaborate or partner on future projects. So what if we could meet in a cool, casual environment over a beer to discuss all things photo? Enter Beers and Cameras.

Beers and Cameras is something that popped up on my Instagram feed a while back with some gorgeous pictures of people having a great time while enjoying beers and holding cameras. It turned out that this was a real meet-up — a local photographer-community hangout — that was exactly what I've been wanting to do in Los Angeles for quite some time. Long story short, I will be hosting the first Beers and Cameras meet-up in L.A. later this month along with Samy's Camera. We'd love to see you there, but if you want to know more, I spoke with Beers and Cameras founder Juan Martinez to get a bit more information about what this is and what purpose it serves.

Beers and Cameras started in San Diego, where 60-80 people at any single point in time meet to discuss photography, cameras, the industry, and even just their lives. It has since expanded to a number of other cities including Sacramento, Phoenix, Calgary (Canada), and even a spot in the U.K. Meetings always center around a great drinking spot, a local brewery, or even a bar with a great beer list. But the beer is just the starting point — an ice-breaker of sorts — for a deeper connection with the local photography community. Hopping around town to different locations is also a great way to become a bit more intimate with your city. But the real experience is all about the conversations and the relationships formed at these gatherings. 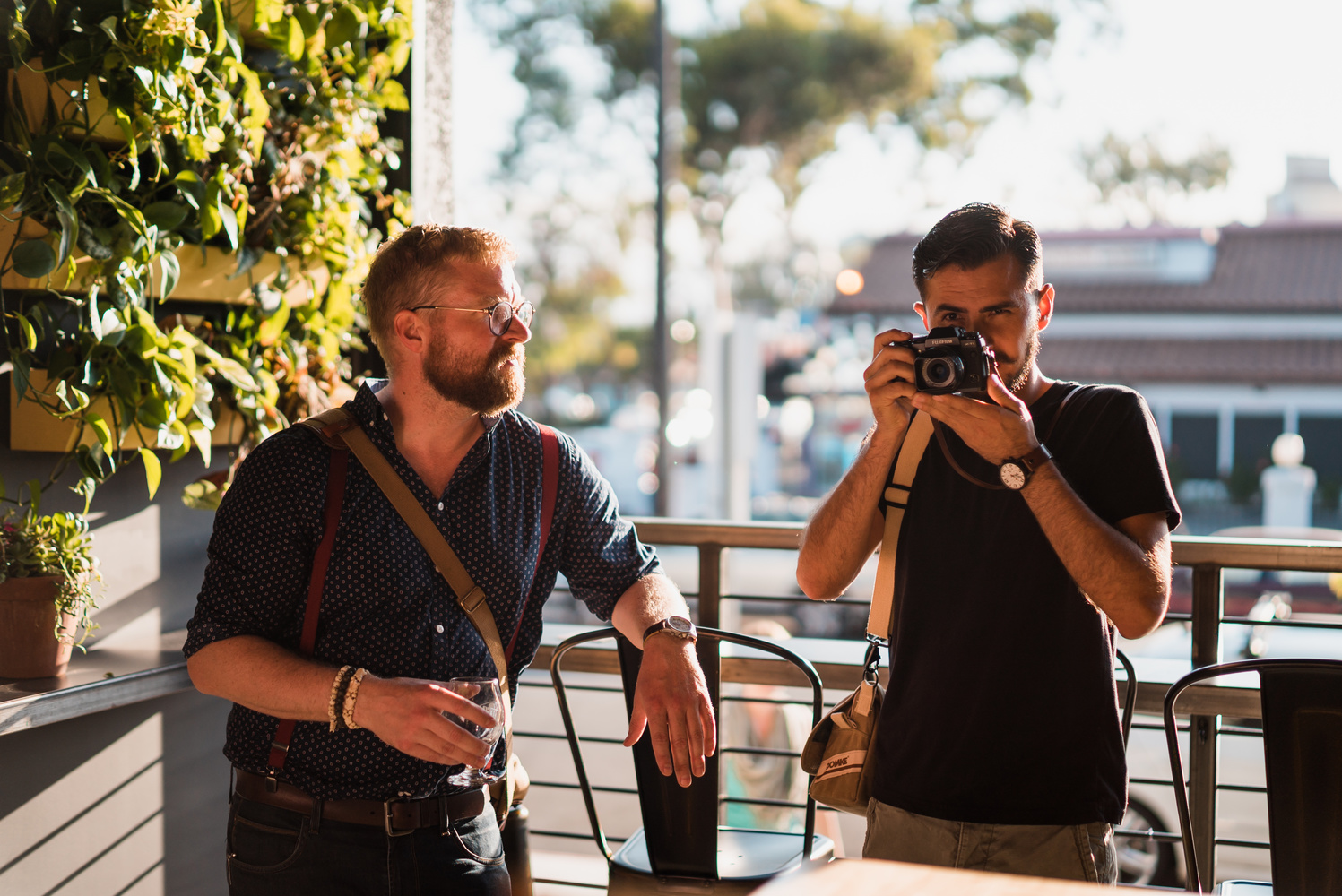 Unlike other meet-ups, Beers and Cameras isn't a workshop. Most meetings are centered around two points of interest, where people meet at one spot earlier in the evening and walk to another at a later point for a change in scenery (and for an opportunity to shoot on a photo walk). This gives everyone a chance to attend a great event mid-week, regardless of what time they get off. Aside from the fact that we're all still photographers (so some will be taking photos of the event because they just love doing it all the time), there is, in fact, no real photo-taking aspect other than the optional photo walk between locations.

Instead, this is a chance to bring the camera and geek out over it, but to also get out from behind the lens and meet all of the amazing creatives you know live right around you, but that you never get a chance to meet. And that's the other part: this isn't just for photographers. It's for all creatives with a strong interest in any kind of imaging. We all just want to get to know each other better — because together, we can always accomplish more. 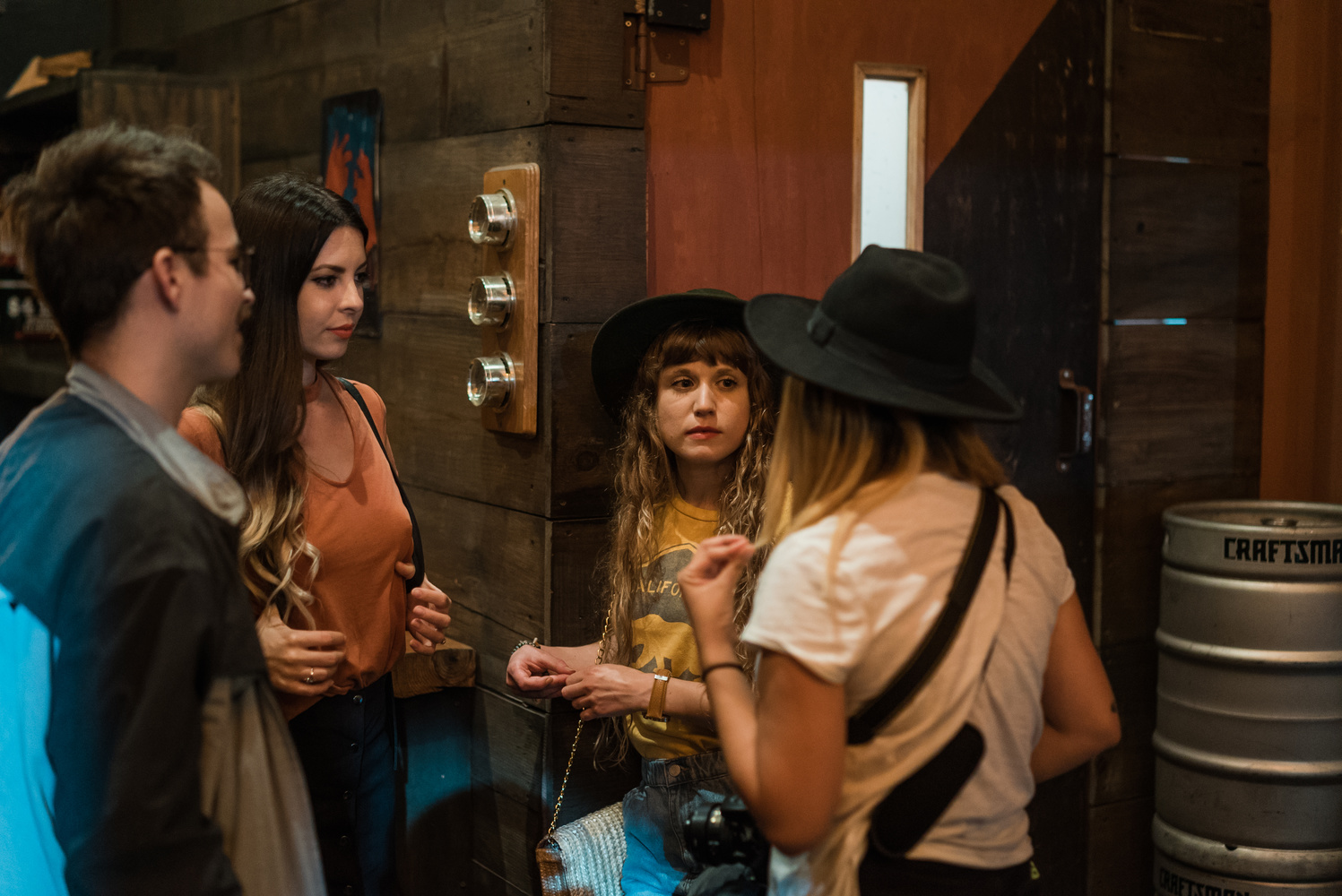 For those that want more of a workshop-oriented experience, Beers and Cameras memberships will help support that. But those are just starting in San Diego and will slowly expand as they make sense. For now, this agenda-less setup is what keeps Beers and Cameras the perfect mix of people who are serious about their passions and a casual environment to meet and have great discussions. "I hope it’s still a pretty organic, not-stuffy kind of meet-up where people feel comfortable just being themselves and bringing what they want to bring," Martinez said over the phone. "I don’t want it to necessarily always have an agenda and a speaker list for 30 minutes. But I do invite and think it would be cool to have a speaker randomly on occasion. But I don’t envision it just being a place where people come to sit and hear someone talk. I want people to talk with each other and then see each other two weeks later and then build these relationships independently."

This independent interaction is an equally important aspect that makes Beers and Cameras what it is. Don't want to talk? So don't. Want to meet new people in your industry and share a drink and some great discussion? That's what we're really here for. We need to at least get out and meet each other. 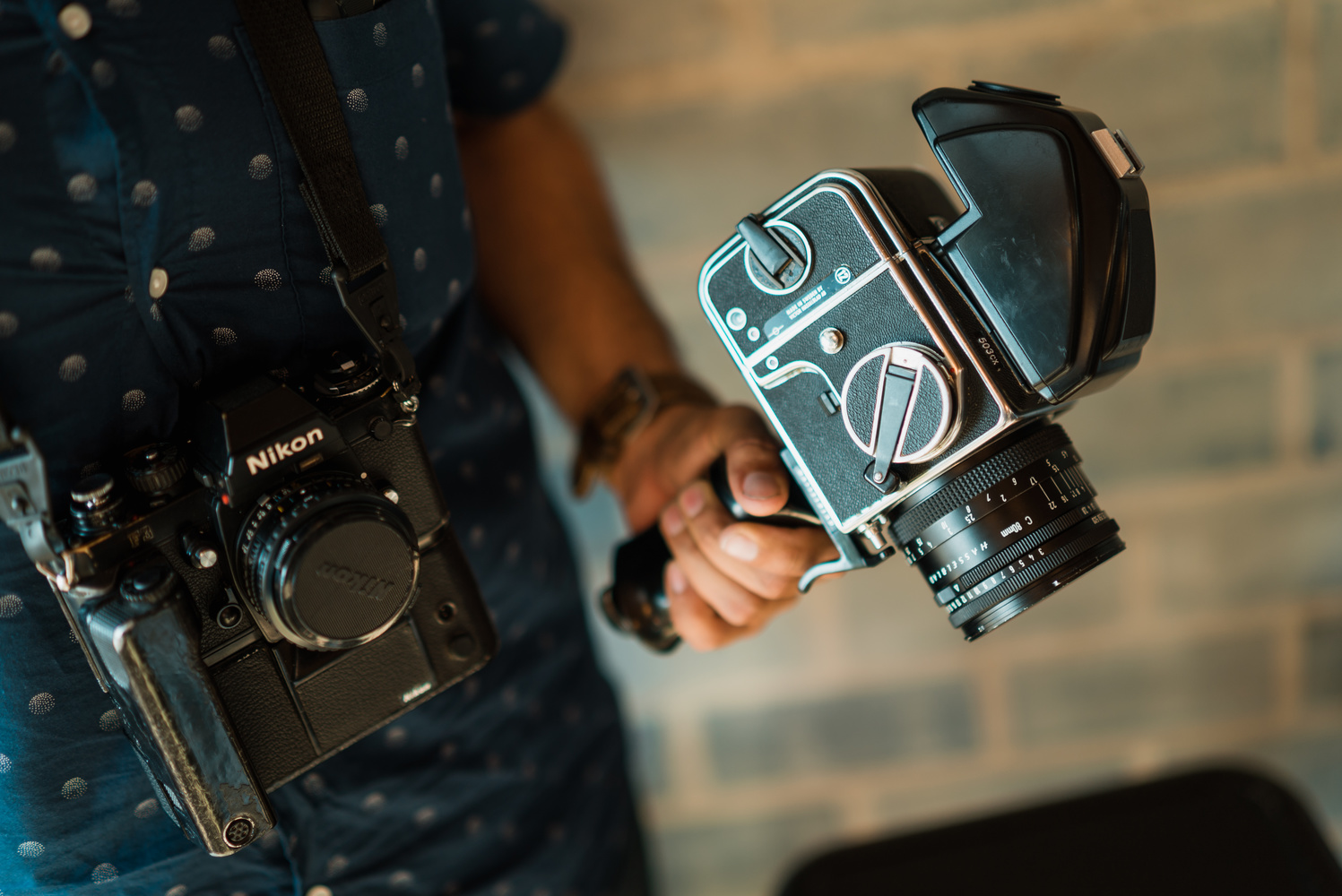 Later, Martinez continued, "I don't think it's a new concept to meet up with your friends at a coffee shop or for a beer. People do that. But I don’t think it’s very organized. And big groups isn’t a popular thing. I don’t think anyone’s used that format to build a community in their city. And that’s what we’ve done with Beers and Cameras."

Personally, I've wanted to do something like this for quite some time in L.A., and I finally saw an easy opportunity to do it in partnership with Martinez. Now, we've partnered with Samy's Camera to make Beers and Cameras Los Angeles real. The first meet-up will take place Saturday, Sept. 16, at Bodega Wine Bar in Santa Monica from 5-7 p.m., after which we'll head up a few blocks to Santa Monica Brew Works from 7-10 p.m. Future meetings will take place every two weeks and will alternate between East and West sides of town so everyone can find something close to them at least once per month. We'll have great meet-ups with occasional mini giveaways (hint, hint), opportunities to get hands on the latest gear, and most importantly, beers and cameras. 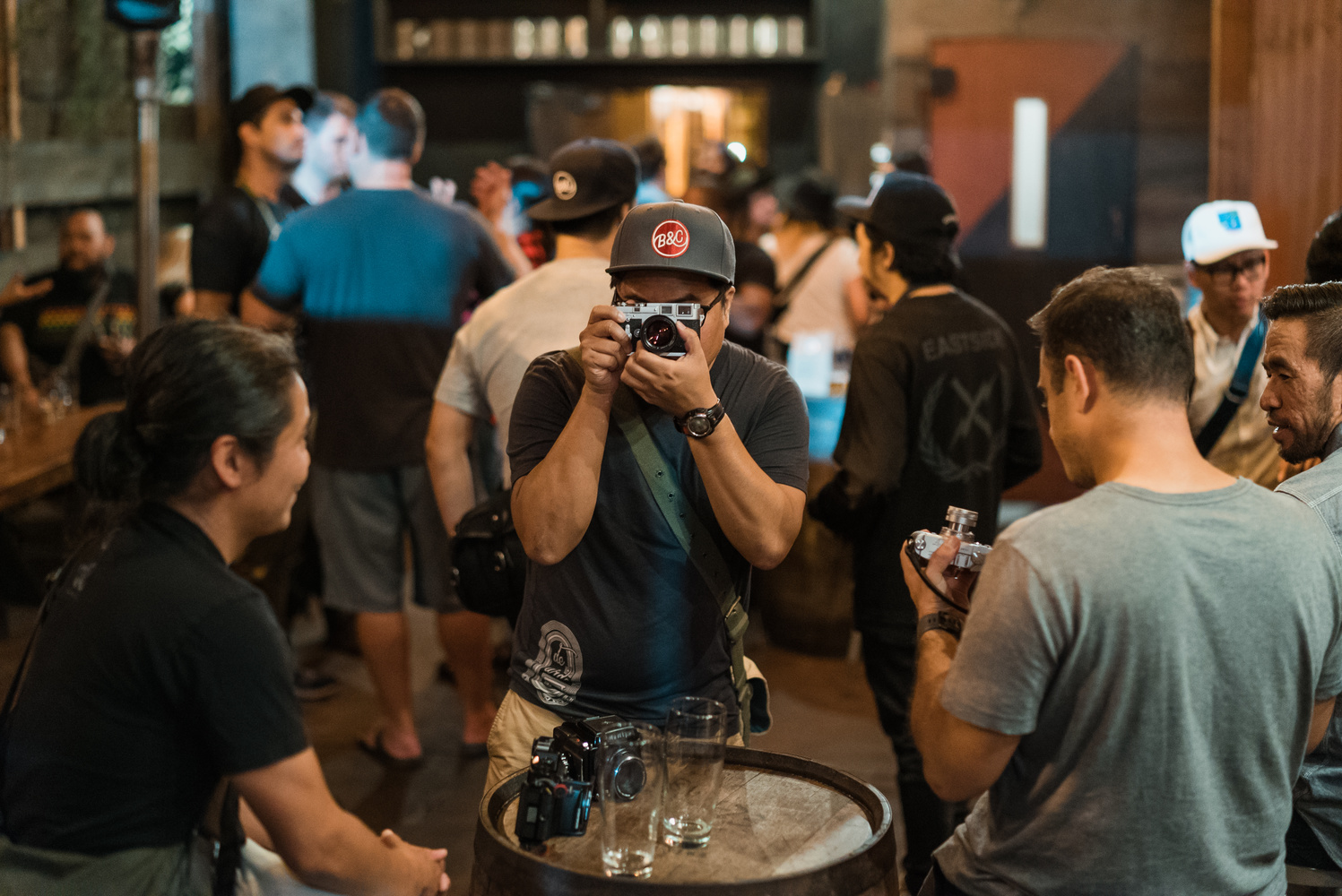 We hope to see you there! While an RSVP is much-appreciated (note that it's split into two parts, one and two), anyone can come anytime at the last minute, even, for five minutes or for all five hours. If you're around L.A., come meet us! And if you can't make it, our next meet-up will be in Highland Park on a Wednesday or Thursday at the beginning of next month. Details will be released soon after our first meet-up. 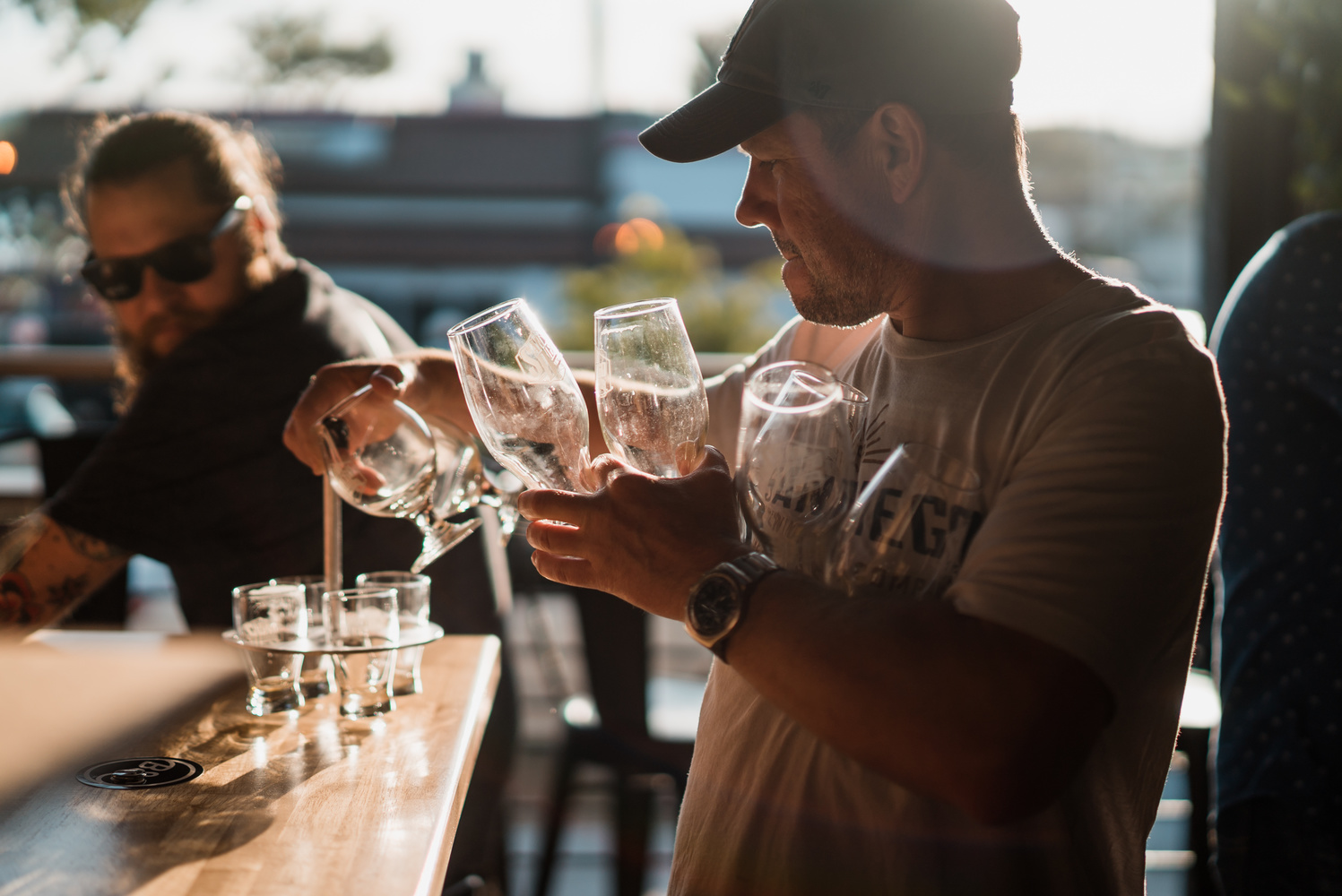 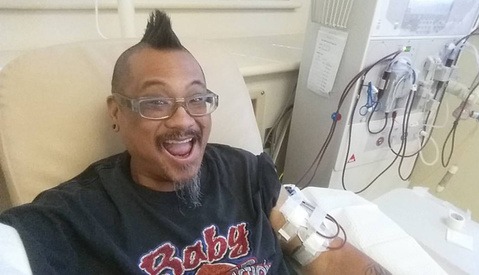 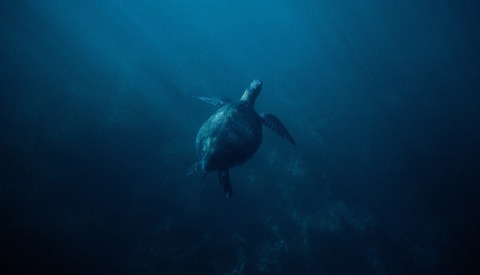 Interview / October 31, 2018
Street Photographer Asks Strangers What They Wish for in Life 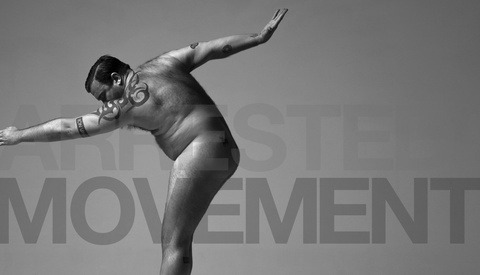 How do I find out info about the Phoenix group? They don't seem to mention it on their website.

It's coming soon! If you're interested, I would send an email in to be notified or get in touch with Steve Huff (http://www.stevehuffphoto.com) ;-)

There is also "Drink and Click" with multiple chapters around the world and a monthly challenge worldwide. Have a look at http://www.drinkandclick.com/about-us/

Just wanted to mention Drink and Click as well. There are monthly themes and you every month you have the chance to win something from the sponsors. But meeting the others is the best around Drink and Click and I frequently hear from participants that of all the photography groups they join, Drink and Click features the most friendly atmosphere. It's very likely that there is a chapter near you. If not, get in touch with the founder Juan Gonzalez and found a new chapter.

Also look out for the special events with camera gear companies, which offer you a great chance to try out the latest gear.

And a big plus: In case you do not like Beer, you can drink whatever you want :-D

Yes, 6 or so months after starting Beers And Cameras I heard about Drink And Click from a B&C attendee who's company (which will remain unnamed) said pays Drink And Click as sponsor to put them on. After hearing more details, its pretty clear Drink And Click is not all all like what we had started doing. And that's the beauty of life; options. There are of course many meet-up/workshops groups in the world. We encourage all to go try them all. :-)

Beer and Cameras! so cool. We only need to add Dinosaurs to reach perfection!!!! Count me on!

We could all bring Dino toys and shoot them as our table-top models? ;-)

Nope. Geez never. We encourage community building in its most true basic sense. Plus we do coffee meet-ups to so...

Can someone organise something like this in Athens, Greece? ;)

That could be arranged.

Sounds like a great idea. I'd love to see this happen locally.

Where are you located?

you posted 2 links in the article for your own meet-up, but no link to the San Diego originator -- who you interviewed? how self-serving of you.
made me use google to find it.

Sounds like a rip-off of Drink and Click which has been around for quite a while and has events all the time.
I guess this is like they say, "imitation is the sincerest form of flattery"....Ugh
http://www.drinkandclick.com/about-us/

Actually no. We had no clue about Drink and Click. 100% truth and even if we had, this is vasty different anyway. I first of Drink and Click around 6 or so months after starting Beers And Cameras. Besides, people getting together is nothing new. Its the community building we do and our agenda which sets us apart. Our collaborations with the right industry people help as well. We encourage you to attend one and see for yourself. They are put on by people with passion for creating and growing a community in their city, for free. You don't buy into our meet-ups. We do not work only with one or two companies, and we encourage all systems and formats including film. There are of course many meet-up/workshops groups in the world and of course we encourage one to go try them all. Cheers!

It's not all hipsters with cool cameras, I show up with my appliance Canons haha.

Thanks David! So true! A lot of the meet-ups happen outside of a meet-up! That's the beauty. People make true connections. Anyway, thanks for chiming in. See you at the next one!

As a brewery employee and film photographer I am still hoping for something like this in RVA. From what I understand you guys need a local sponsor to get things going?

Sort of... Juan is they guy to talk to eventually, but shoot me an email or message and we can talk so I can explain how it works if you want :-)