How Loupedeck+ Fixes Some of Lightrooms Biggest Failures

While Lightroom remains one of the most popular options for processing raw files, it is far from perfect. Thankfully, where Lightroom fails, the Loupedeck+ picks up the slack.

I could easily list a handful of ways to improve Lightroom, but these fixes have been brought up over and over and Adobe has still not taken any action. So it’s easy to assume that fixes and updates are not going to be coming soon. Thankfully, some of the biggest features I have been hoping for with each update can be fixed with the Loupedeck+

Yes, Lightroom has a ton of shortcut keys for its various different modules. There are shortcut keys to change the filtering mode in the library module and then there are shortcuts to select a local adjustment tool for the develop module. The problem with these shortcuts is they are non-editable keys. So whatever Adobe has as the shortcut, that's what you are stuck with. If you find yourself constantly using the “reset crop” shortcut (Ctrl+Alt+R), then you will be pressing a three key sequence over and over. This three key sequence isn't even something that can easily be done with one hand. So you will constantly have to use both hands to simply press a single shortcut. Which seems completely crazy given there are plenty of other simple shortcut keys that you may never use. The letter “V” for example is the shortcut key to convert to greyscale. Something I've never needed a shortcut key for. It would be so much more useful to be able to program shortcuts I actually need and use to the more simple one-key options.

This is where the Loupedeck+ comes into play. Not only does this device have a bunch of wheels and knobs that make adjusting all the develop sliders way easier, but it also has a set of customizable shortcut keys. To me, this feature is even better than the wheels and knobs. No more do I have to press four different keys with two hands in order to activate a simple shortcut. Now, I can simply program that shortcut to the C4 key on the Loupedeck+. With this simple ability unlocked, I can now edit most of an entire wedding with a single unmoving hand. 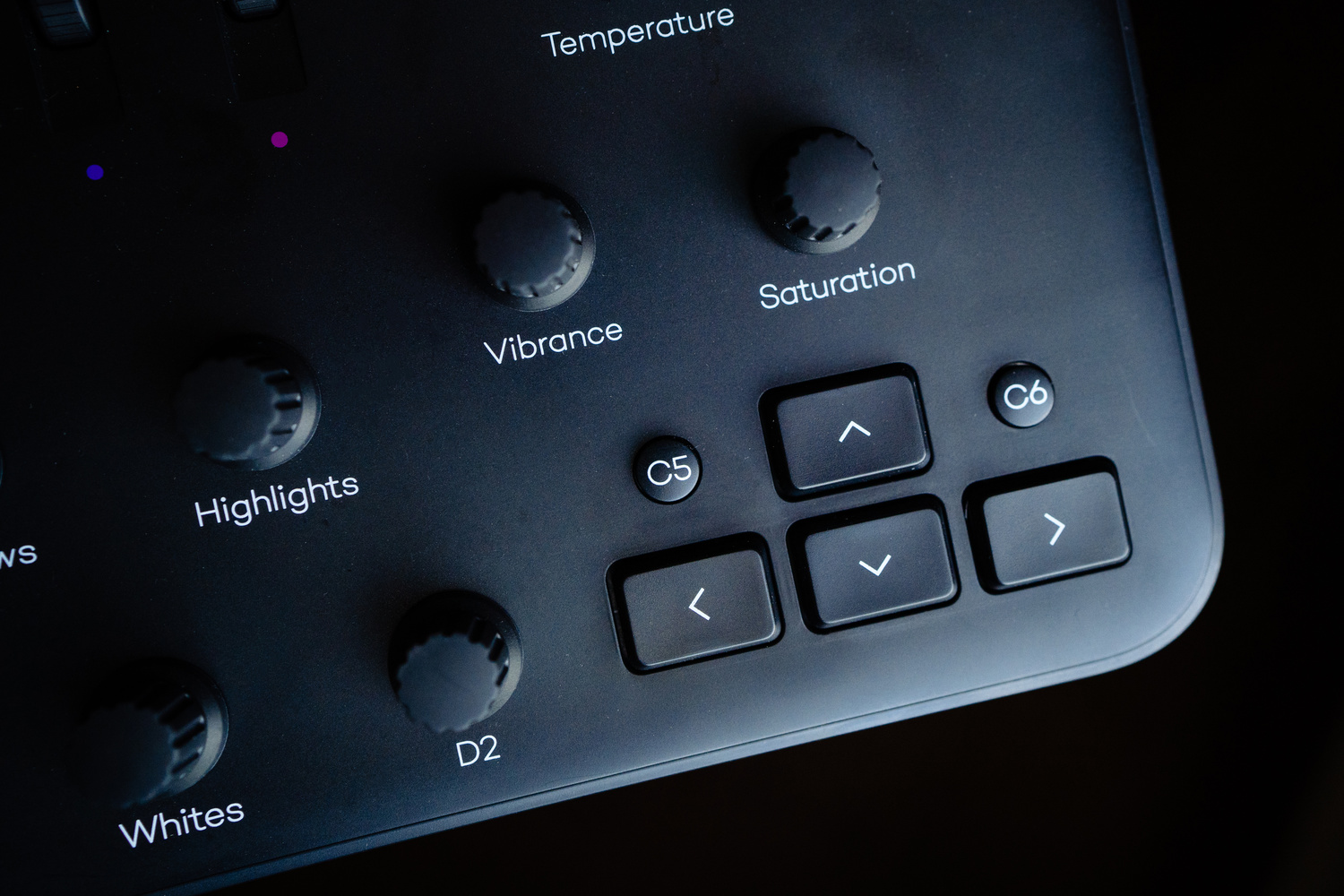 Where are the Presets?

A staple in most photographers workflows is the use of presets. Whether it be from a purchased preset pack like DVLOP or from a set you create yourself, presets save a ton of time when editing. The problem is that the place where you select presets is nowhere near where your mouse cursor spends most its time. Most of the time you have your mouse cursor on the right side of the screen making adjustments to sliders. Ever so often your mouse will make its way to the center of the screen to apply a local adjustment or adjust a crop. But when you want to select a preset, you need to make your way all the way to the left hand of the screen.

I know what you’re thinking. Oh no, the world must be ending. This poor photographer has to mouse over to the left-hand side of the screen. I get it. It’s not really a huge deal. But in reality, that simple maneuver could take 5+ seconds each time you do it. Multiply that by a thousand images to edit in a wedding and you’re looking at some serious time. Even if you only change/apply a preset to half the images, that’s still 2,500 seconds you're using per wedding. And because Adobe doesn't let you move the presets to a more convenient location and won't allow you to assign them to shortcut key, you are pretty much stuck.

But again, Loupedeck+ to the rescue. Across the top of the device, you’ll see a set of eight buttons P1-P8. These buttons can all be customized to apply a preset of your choice. In addition, you can also use the Fn button to shift these eight buttons to apply eight additional presets. So no more mousing to the left of the screen, finding your preset in the list, then mousing back over to your desired sliders. Now, you simply press the button for your desired preset and keep chugging along.

While the Loupedeck+ makes working in Lightroom dramatically better, there are still some things that could be changed to make things better. For one, the special crop tool feels a little clunky to me. When you turn the dial there are definitive clicks as you turn the wheel. I’d prefer the dial to act similar to the smaller dials with a smooth clickless feel.

Next up is I’d love the dials on the Loupedeck+ to be programmable. Right now you have predefined dials for things like exposure, contrast, temperature, tint, etc. They also offer two customizable dials that you can use to assign things like sharpening, dehaze, noise reduction, etc. I think that the selection of dials is more than enough, but I wish I could assign certain adjustments to a different dial instead of being locked into the predefined setup and layout. For example, when I edit, I find myself mostly needing to adjust exposure and white balance. So for me, I’d prefer those three dials to be right next to each other. Instead, they are currently locked into their location on completely opposite ends of the tool. 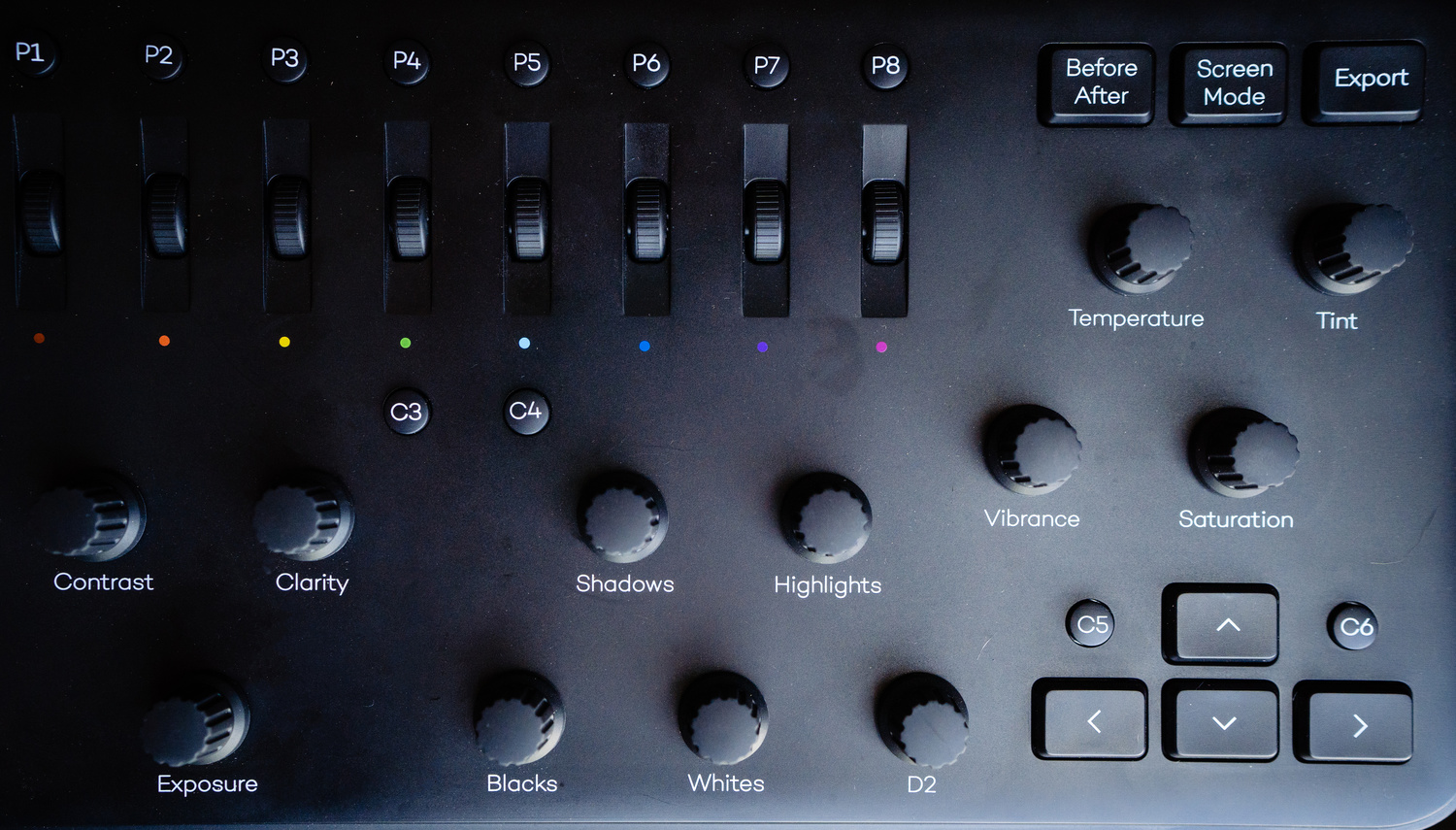 Lastly, I wish there was a smaller version. I think the Loupedeck+ is a good size for sitting in from of a computer at home or in the office. But take it with you to work at a coffee shop and you may look a little ridiculous. I’d love to see a Loupedeck+ mini where it gives me half the dials and half the programmable buttons at half the overall size. For this, it would also be great to have dials with a smaller profile so that it would be easier to fit into a computer bag.

At the end of the day, even without my desired changes, I feel like the Loupedeck+ is a must-have for anyone that spends a good amount of time in Lightroom. Not only does it make general editing easier and more efficient, but it also allows you to perform actions that Lightroom itself won't allow you to do. Saving you even more time while editing. 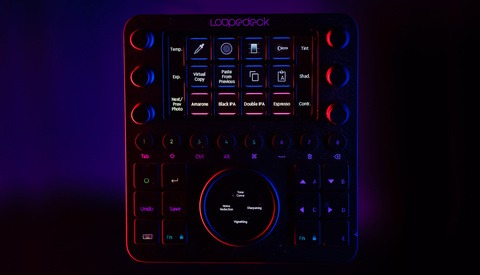 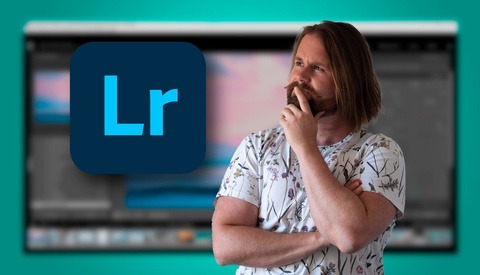 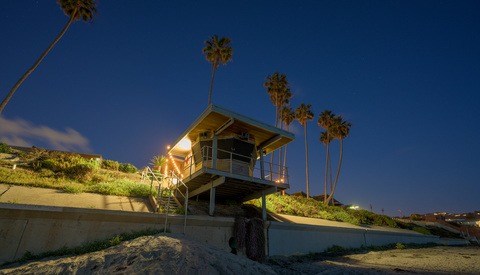 Lightroom / June 12, 2020
7 Useful Things Lightroom’s Interface Is Hiding From You 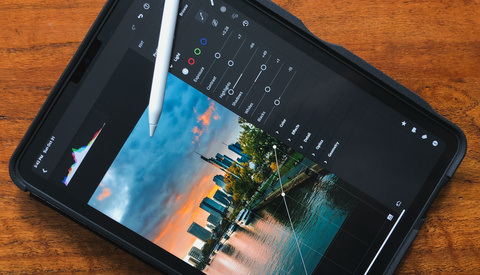 Gear / November 3, 2021
Can the iPad Pro Alone Be Everything You Need for Photo Editing in Lightroom?

What I don't like: The learning curve required to use a specialized controller that you won't use for anything else.

Well, I use the loupedeck+ for C1, Premiere, Audition, S14, AE, Aurora etc. Not sure what you refer to as learning curve, its a couple of dials and buttons, not rocket science.

Neither is a Wacom Tablet. There is still a learning curve to incorporating it into your workflow, though. It's a couple of dials and buttons, but it takes time to learn the layout of those dials and buttons as well as remember the function of each one enough so that you can operate it faster than the muscle memory you already have with a mouse and keyboard. Until you're able to operate it faster or "better", a specialized controller is pointless.

Not saying that it can't be incorporated to make your workflow more efficient. I just don't feel like putting the work in to get used to using buttons and dials instead of my mouse all of a sudden. Funny enough, I'm very much the opposite with audio engineering as I was operating analog boards long before I ever downloaded ProTools. Can't teach a lazy, middle-aged dog new tricks.

No one has claimed it to be a Wacom tablet...so not sure how that is relevant?

It might be a steep learning curve for you, but don't assume it will be that for everyone else.

Where do you see me suggesting that it's a "steep" learning curve or that it will be equally challenging for everyone? As far as leaning curves go, I wouldn't consider this to be a steep one at all. It's just one that I don't find to be worth the pay-off. Again, that's a personal statement.

If you enjoy it, good for you.

I believe Michael was saying that a Wacom tablet is not rocket science either, but still requires learning before it becomes a better method of editing.

Honestly, not understanding such a simple comparison doubly underlines your condescending tone in your response. Michael made a good point and you dismiss it without addressing the truth within. You are the one with poor assumptions and comprehension, not Michael. Try checking your attitude next time.

Off topic, but that why I liked Reason when it came out. It literally was a virtual studio, cables and all!

Great article! I have actually been sharing concepts on working with electronic medical records, I have actually included distance your mouse travels with keyboard strokes, screen changes along with mouse clicks when I expound on the concept of "stroke counts". one thing I emphasize is that when you can reduce your stroke count by 2, you potentially double your hourly rate.

The main thing I don't like about my Loupedeck is the very sketchy software installer, for PC the installer is not Digitally signed which means the software could be doctored with spyware with no protection and added to this my antivirus software blocks it and deletes it.... I use a midi to keystroke software so I don't have to use there crappy software...

Not sure about Lightroom (I hate, hate, hate Lightroom) but in Camera Raw you can change the dials to suit your workflow.

Like the author my most used tools are Exposure and White Balance and Setup enabled me to change Saturation to Exposure to keep these together.

My 2 biggest bugbears are the inability to change Brush Size once Local Adjustments are selected and having to change tools in order to move from Adjustments to Selections, it seems this is a Mac problem only.

One ability the author does not mention is that once Keyboard Mode is on the modifiers work in all running Applications. This is especially important as my desk is very crowded with Wacom Tablet, Loupedeck and Keyboard with Keyboard at the front. Reaching over the Tablet and deck becomes very irritating over the day and having modifiers on the Loupedeck reduces the use of the keyboard substantially.

Adding ability to select a local adjustment preset will be the real game changer!
I hope Loupedeck Ltd will add this necessary feature in the future releases 🙏
By the way MIDI2LR already released this feature few years ago ⚠️