I know, right? I too would have thought that more people would have common respect and courtesy for others, but apparently, I was wrong.

I have had the chance to speak with quite a few different individuals who were willing to share some negative experiences they have had with photographers. Sadly, it seems that the issues of harassment and assault are fairly widespread and much more common than I had ever expected. Quite frankly, I was expecting to hear more about issues concerning scheduling, print delivery, communication, and other mishaps in business. I was absolutely blown away at the number of responses people gave me which illustrated issues of sexual assault or sexual harassment. Further yet, it seems to have affected both men and women. Granted, there was a larger number of women who detailed their experiences to me than there were men who shared, but that might be simply because there are more women who tend to model or pose for photographers in a one-on-one situation than men. Either way, the issues aren't isolated to one demographic or another, but affect a wider range of people.

Now, I don't think any of the regular readers here are photographers who are likely to demonstrate such particularly poor behavior, but rather, I think it might be a good wakeup call for us to be more vigilant and proactive in our own respective local photography communities. By far, the vast majority of these negative experiences that have been shared with me are ones that typically revolve around shoots that are already revealing in nature, meaning the model is already in an inherently vulnerable situation. Boudoir, glamour, swim, implied, and nude shoots often seem to be the ones where problematic situations arise. This is particularly disturbing, because with these shoots, the model or the client is already placing a significant amount of trust in the photographer. With models already being in such a vulnerable position, photographers should behave in a way that conveys trust and care, rather than exacerbating any feelings of vulnerability or unease for their model.

After hearing from enough people, both photographers and models alike, I get that sometimes well meaning or otherwise neutrally intended comments can be mistaken for harassment. This just means that it is important to be careful what you say to someone or simply how you phrase it. One model even told me about how a photographer spent the entire shoot making comments, derogatory ones at that, about her body and specific body parts. Even though he wasn't actively pursuing her or even making attempts to show any sort of interest in her specifically, his behavior still made for a dramatically uncomfortable situation. It still very much falls under the idea of harassment, but just not the type that we typically assume.

While it happens often enough where a photographer and a model decide they want to spend time together socially, even romantically, this should not be the aim of any shoot. This is especially the case if you've never worked with the model before or if you don't really know each other beforehand. Nobody likes approaching the shoot having to worry if there are any ulterior motives for it. A photo shoot needs to be a standalone event, a professional interaction, a mutually beneficial opportunity. Anything that happens outside of the shoot is up to the discretion of both the photographer and the model, but should be something outside of the interaction with each other while conducting the shoot.

In the long run, you will find your business to be that much more successful if you approach each shoot with the same level of professionalism regardless of with whom you work. Be mindful of what you say, your interaction with every person, and err on the side of caution rather than ignorance. In a nutshell, just be courteous of those who choose to work with you; it really should be very simple. Good, clear communication upfront is paramount to this end. Take the time to talk about expectations for the shoot, what will make for a positive working space, and ask what their preferences are for creating a comfortable environment. Sometimes, I work with people who feel more comfortable bringing a spouse or a friend. Others prefer to shoot with me alone, because having other people around makes them feel self-conscious. I am perfectly happy working in whatever conditions allow my model to feel the most comfortable, because I have noticed that it ultimately affects how productive the shoot will be. The more comfortable your model is, the better your shots will be, and the more people will want to work with you.

Cover photo by fotografierende from Pexels used under the standard Pexels license.

/ January 25, 2018
What Sexual Harassment Looks Like for Freelance Photographers, and What You Can Do 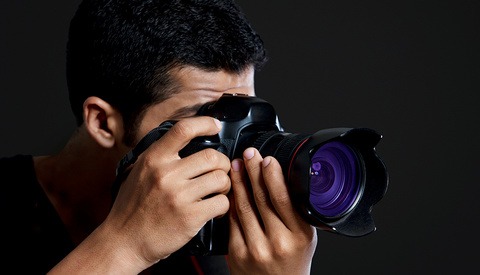 Education / January 29, 2020
The Problem of Sexual Harassment and Assault in Photography and What Can Be Done

/ January 27, 2018
Must-See Dramatization of Sexual Harassment During a Photoshoot 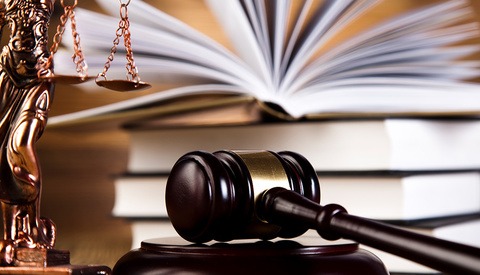 Good post. I made the decision when I first started: "I will never be like this". What we do when shooting a woman is what I would demand from anyone I work with: Set up the shoot so it's 100% safe and comfortable and total respect and safety. I actually tell her I am a Dad with daughters and she will be treated the way I would expect for my girls. We are going to work and there will be no comments or come-ons or anything but a safe work environment where I want you to have fun and work hard and we will be protective of you and work to make you look great. I make it very clear. Every single time it is appreciated. I don't care if you think this is out of your comfort zone speaking to clients like this but I can tell you in may experience it is NEVER NOT appreciated. Then we back up what we say and work hard and have made a lifelong professional friend. If you don't think this is as big of a problem as I know it is, you're wrong. We're talking about models here. For female CEOs and such the approach is different because they would already expect this. For these people, I insist their assistant come to the shoot. Whenever you post a comment there is someone who doesn't get it and snipes anonymously so let me say ahead of time this is all about simply living the golden rule in your work life.

To the photographers that do this kind of stuff, know that models all talk to each other. There are lists in your city. You may never be called out publicly, but you may suddenly start to see your bookings go down and agencies choose other photographers for tests.

I worked freelance with a wedding company for years. We eventually had to make it a rule that once the wedding is over, you cannot go out with any guest or bridal party members even if invited. We had an issue where our female photographer was asked to go to the after party by the groomsmen. She went and had a great time but the next day the bride called flipping out about how unprofessional it was (even though she turned them down twice, cleared it with our manager, and it was obviously after the end of the shoot).

From then on out we set that hard rule

I personally prefer that the talent don't bring people along. But if they insist I'm okay with it, but have my own set of rules that go with that.

One thing that I've had luck with is to quickly establish with the model that it's a jointly collaborative effort. Show them the screen or back of the camera, get their opinion, act on it, go back and forth, exude the notion that you're both simply trying to capture the best images possible.

I've seen a lot of male photographers say this is a non-issue, or that it happens so infrequently that it doesn't matter too much. The harsh reality is that is happens daily all over the world. The GWC thing is very much real, and model safety is a huge issue. This is why you see safety groups pop up all over, and the lists being posted of suspicious photographers/models that you want to look out for.

I could not agree more Crystal. And I can't see how anyone doesn't get this.

Good article. I've been a photographer for over 45 years, and I've seen this kind of treatment of models since day one. I do hope that it's better than it was. I know that my number one rule, that I share with many new photographers, is that the photographer should never touch the model. There's no reason for it, so just don't do it.