What Camera Will Be the First to 1,000 Megapixels?

Camera manufacturers are keenly aware of how much photographers love their gear and in particular, how much they love extreme gear. As lenses continue to push below f/1 apertures and ISO capabilities skyrocket towards seven-digit figures, is the next major specs war going to be making the first mainstream consumer camera that can shoot gigapixel (1,000 megapixel) photos?

I always think of the famous "the numbers all go to 11" scene from "Spinal Tap" when I think about photography gear. The truth is that a lot of us (from doe-eyed neophytes to seasoned professionals) love the nerdy side of gear. We love seeing the new extremes that manufacturers can push cameras and lenses to, and we are more than willing to pay for the privilege of using the latest and greatest a lot of the time.

This article is not intended to get into the age-old debate about if such gear is really needed (and I mean, if you can afford it and you enjoy it, go crazy). Rather, I mention this to acknowledge that this sort of chasing of extremes is very much a part of photography culture. Manufacturers are aware of this, and we have seen various arms races and status symbol releases throughout the years that fed into the frenzy. Here are some of the examples that come to mind: 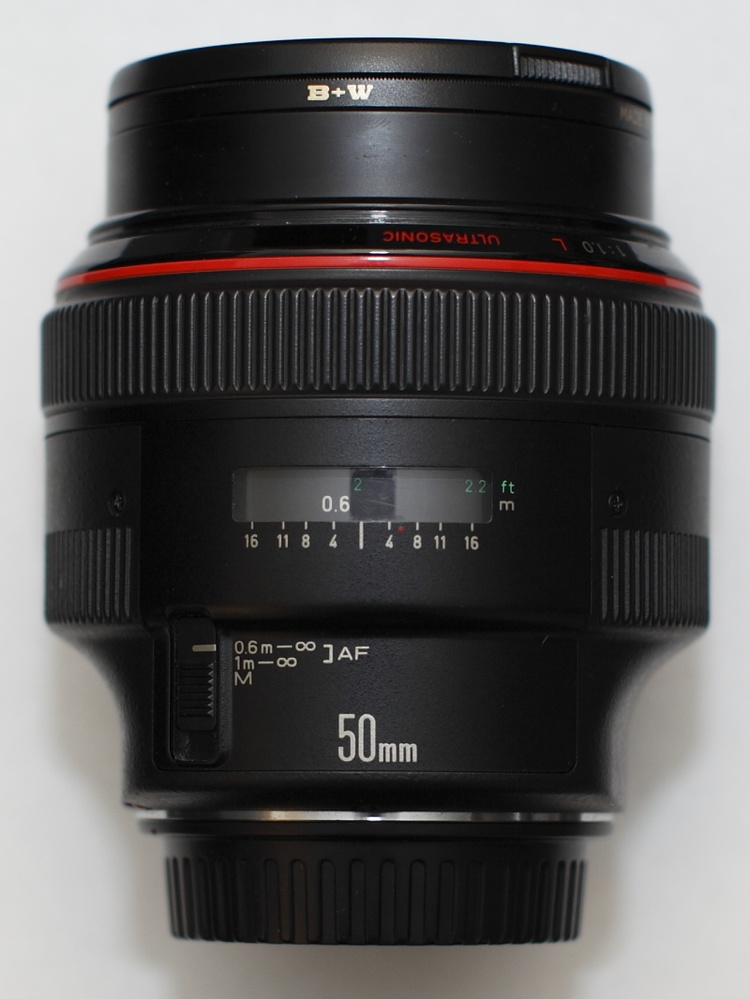 Anyone want to buy me one of these? (Photo by Wikipedia user Tt mt6, used under Creative Commons.)

We Already Have a Ton of Megapixels

However, in the last year or so, I have noticed another camera spec suddenly exploding into uncharted territory: multi-exposure resolution. Manufacturers have all sorts of different names for this, but the fundamental idea is leveraging a camera with in-body image stabilization by shifting the sensor in very small, precise amounts to generate extra-high-resolution files. 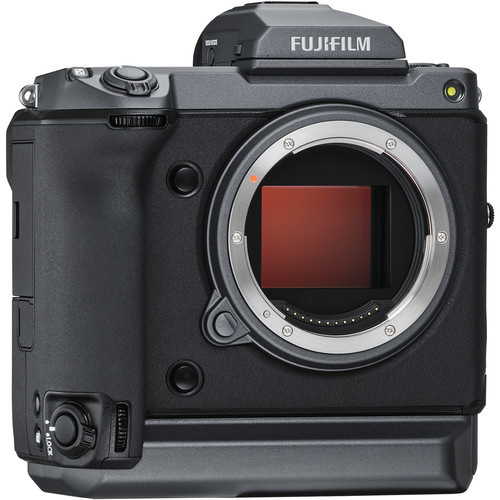 You'll soon be able to take 400-megapixel photos with this camera.

Let's look at the current top resolutions at which the various manufacturers top out:

This is sort of technology has exploded in the last few years mostly due to the rise of mirrorless cameras, as the IBIS tech that enables this functionality is mostly found on mirrorless bodies.

Is the Gigapixel Next?

This all brings me to the golden questions: will the gigapixel photo mode be the next major specs war and when will we see it?

Certainly, the overwhelming majority of photographers will never need anything remotely near that amount of resolution, and in fact, it would be a royal pain in the neck to work with, certain to bring computers to their knees. Sure, there would be a few niche uses when it would actually come in handy — museums cataloging priceless works of art, for example, but on the whole, no one would ever need it.

However, it's not about need. It's about bragging rights and the thrill of being on the literal next order of magnitude. Did anyone really need an f/1 lens? Does anyone ever use ISO 3,276,800? The point is that "gigapixel" rolls off the tongue like "f/1" does. It instantly stimulates the imagination and the salivary glands, as photographers dream of enormous files capable of endless zooming and wonder if they can empty their bank accounts while their spouses are asleep. Doesn't the photographer in you get at least a little excited at the thought of looking at a 1,000-megapixel image of a skyline and zooming in to see every individual building, every individual window, every... individual? It's not practical in the slightest, but oh my goodness, would it be fun to have. 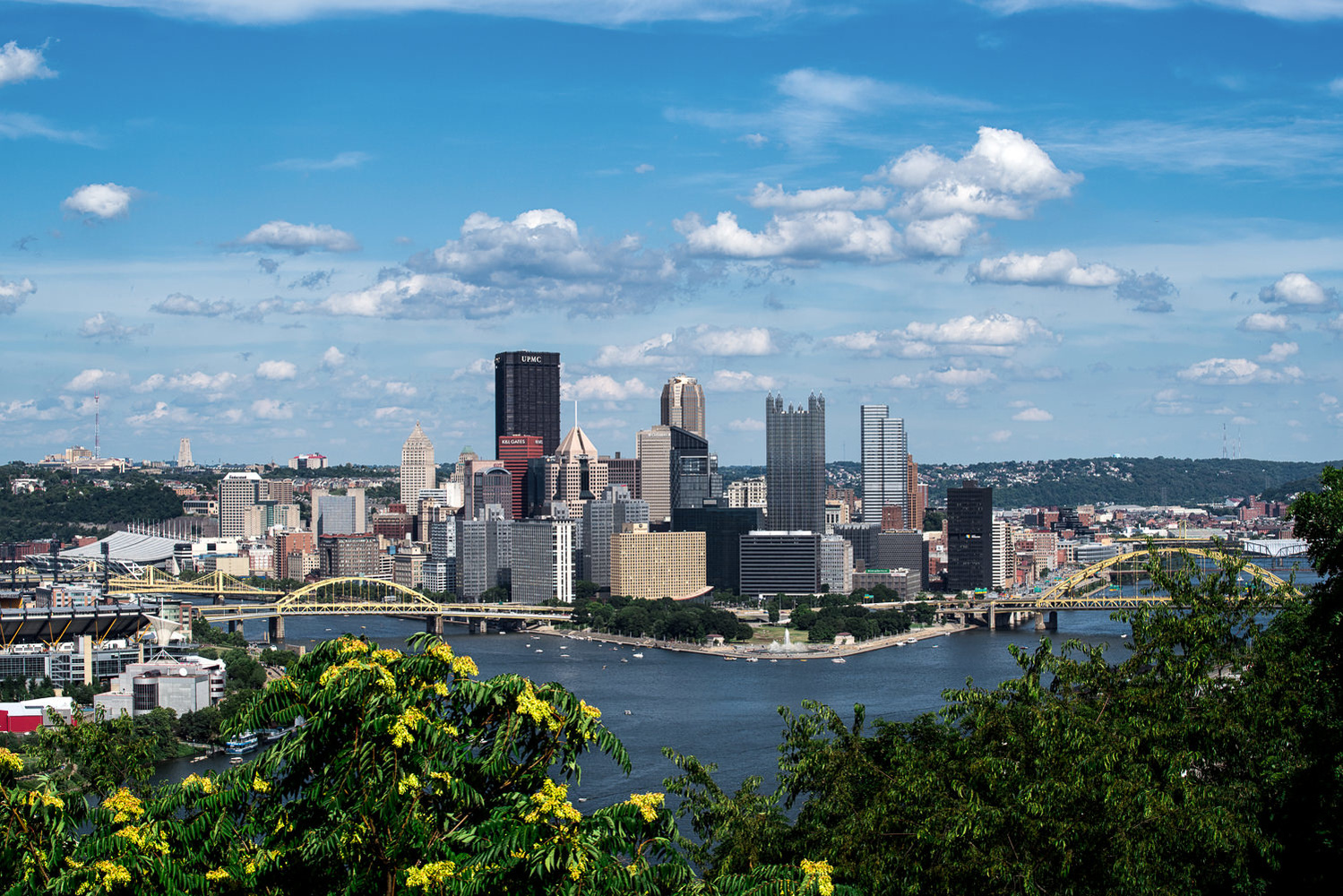 Of course, there are some not-so-minor issues to getting there. As mentioned, it would take a lot of computing power to handle such a file, but then again, if you're the type of photographer to buy such a stratospheric (and currently hypothetical) camera, you probably have a top-of-the-line computer to match. The next issue is having lenses that can actually deliver at those levels. I don't think that's impossible. Lines like Canon RF, Fuji GF, Schneider, and more continue to push professional glass into the next generation.

The last issue is having a sensor with the proper native resolution to do this. You might have noticed that all these technologies produce images that are quadruple the resolution of the native sensor resolution, meaning using current techniques, a 250-megapixel sensor would be needed to produce a gigapixel file. Currently, both the Phase One XF IQ4 and GFX100 have a pixel pitch of 3.76 microns, with the XF IQ4 using a 53.4mm by 40.0mm sensor and the GFX100 using a 43.8 by 32.9mm sensor. Getting to 250 megapixels would require a pixel pitch of about 2.92 microns on the Phase One sensor or 2.4 microns on the Fuji. For reference, getting there on a full frame sensor would require a pixel pitch of about 1.86 microns.

This isn't unheard of. Cameras with smaller pixel pitches exist. Canon has been playing with a 250-megapixel APS-H (1.3x crop factor, even smaller than full frame) sensor for a while now. While that has yet to make its way into a consumer camera (and it's unclear if it ever will), the company has proven that they can make the tech work.

Just the term "gigapixel" generates excitement. And as manufacturers continue to look for new bragging rights, could the next frontier in resolution be the spec they chase? Would you ever consider buying a camera capable of shooting 1,000-megapixel images? Would you have any use for it, or would it be purely for the geeky fun of it?

Gear / November 5, 2020
Which Camera Manufacturer Has the Best Logo?

Much like the ISO war, I just don't know when I'd use the upper echelons of groundbreaking megapixels. Yes, it would give you unparalleled cropping power, but I can't think of a single application where that would be beneficial to me personally. Even with the GFX100 I loaded up the titanic sized file of Tokyo, zoomed in 100%, exhaled through my nose at the clarity, and then forgot about it. There's a lot of reasons to love that camera, but megapixels wasn't one for me. Perhaps there will be less creative applications to the technology though.

Maybe not to you personally, but for the wildlife, and landscape world, very very promising. Just think of smaller lighter lens's allowing you to crop in 50-75% of a Gigapixel leaving you 250MP image!

Take a nikon coolpix P1000, you'll be happy, and the result wouldn't be worse.

"and the result wouldn't be worse"

What silliness...The sensor on that camera is pretty much what you get in your cell phone, and gives you pretty much cell phone quality photos at 100%.

That's it, thank you.
Beside, the lens itself should be of etheral quality to give the definition needed by such a crop.
Not talking about bokeh quality and depth of field, and of course the stupid size of a picture for a 16Mp final file...

I'm no expert, but I don't think that's the way it works. Pretty sure you would have to be looked down on a tripod with no movement. Also once you are taking pics from that far away the air itself gets in the way. The key to good wildlife photography is getting to know your subject and getting closer for a more intimate shot.

I don't so much care about resolution or pixel shift modes, but for the A7rIV and Fuji GFX100, those high resolutions sensors have the solid benefit for normal sized images for reducing moiré and aliasing.

Jim Kasson has observed in his tests that the GFX100 isn't actually sharper than the GFX50S/R cameras in terms of actual resolution. But the camera has a huge improvement moiré and aliasing. That's a fairly big deal for shooting things fabrics in our world where cameras no longer include aliasing filters.

... I would assume real "artists" don't need 1,000 megapixels... button pushers will love it though.

didnt they make something for telescope? telescope is a lens, so basically counts as camera :)

And will there be a lens that will make any of that useful? So what if I have a 100 megapixel camera but my lens is only really good for a 30 megapixel sensor; I just get a big file full of useless data.

There’s a question of physics. What lens is going to resolve 1000MP? And how small will the photosites be? Or rather how large will the glass need to be to facilitate a sensor large enough to facilitate 1000mp?

I am not sure that the photo receptors on a 1000MP full-frame sensor would be large enough to measure the longest wavelengths of visible light (740nm). I think that 500MP may be about the physical limit. I could be wrong in my understanding of the construction of a sensor though.

My laptop screamed and ran away to hide when it read this title.

I’ve been shooting 24mp raws for a few years now and editing batches of them is already a pain. Recently bought a 12mp Canon 5D classic and the small file sizes are refreshing.

Man, Just break loose with some of that cash and upgrade your laptop!

It's already out there, on GAIA:
https://www.esa.int/Science_Exploration/Space_Science/Exploring_space/Th...

I don't see this coming to consumer cameras anytime soon (if ever) because you'd either need a really large sensor or you'd need far sharper optics for our current formats than what's available. All of this would be for no practical benefit for the vast majority of the market since there's a limit to the resolution that our eyes can perceive on the screen/print sizes that we use.

A sensor like this would probably be used exclusively for scientific or military purposes.

Just using pixel pitch of 61MP Sony A7RIV and making sensor size 72mmx48mm gets you to your desired Gigapixel. Of course you need a new lens mount of 87+ mm diameter and new lenses that probably weigh 25+ Lb but if money is not an object (like military or science) it is possible with present day technology.

According to the Megapixel calculator found here: https://toolstud.io/photo/megapixel.php?width=100000&height=10000&compar...

If I enter dimensions that would equal 1,000 megapixels (or 1 gigapixel), my uncompressed RAW file would be around a gigabyte and a jpeg around 200 Mb.

Memory cards would need to get larger and significantly faster. Computers would need to be faster to process multiple images in one sitting. And the cameras themselves in order to just take 10fps would need a vast bump up in speed.

I think we are aways off of seeing those type of cameras (if ever). The flagships of today (a9, d5/d6, 1dx III) still only have 20-24 MP and the images look incredible.

It's nice to think about the tech in photography, but in reality it's more about the story, creativity and experience.

The only area I can think of that would truly benefit from that type of resolution would be in the field of security and surveillance.

People are forgetting what photography means. Please, more philosophy of photography and less technology bullshits. Influencers and youtubers are producing so many garbage these days...

Yea like you really need 1000 megapixels when 98% of the population views photos on their phones. God God....

I could print a 1 megapixel photo to huge size, scan it and get a 500mb file also but that doesn’t mean the original 1 megapixel file is high resolution.

Sounds like the most challenging camera for a fanboy who only takes photos when reviewing gear, for perhaps this could be the review that ends their enthusiasm, as their sample files would take just too long to load. /s