Which Camera Manufacturer Has the Best Logo?

You buy a camera as a purely functional object: you want to produce images, and it is the tool of choice. Yet, as photographers, we become brand loyal partisans, identifying with the manufacturer. So, who has the best logo?

Cameras aren't just things; they are are an extension of you, the photographer. Your eye sees the scene in front of you, envisioning the possibilities before you then set about creating that vision, producing a permanent digital record. While cameras are complex electro-mechanical devices, ultimately, their operation is simple. You have complete technical and artistic control over shutter speed and aperture, along with the introduction of artificial lighting to control, shape, and manufacture the light in front of you. A camera is an inanimate object, a tool, a hunk of metal that serves a single purpose.

Yet, cameras become more than simple tools. How is it that they can inveigle their way in to our subconscious to the extent that we passionately identify with them? Why are we so protective, defensive, and downright loving of them? I have to admit to being a Nikon shooter, and while my go-to camera is currently a D800, my first love was the D700, a camera with legendary low-light performance, backed up by some stellar lenses. More than that, Nikon ergonomics are perfect — well, at least they are for me — along with a well-designed menu system. Sony produces technically brilliant cameras, but their usability often falls short. Fuji X-mount models compromise on sensor size, and I've never quite gotten on with processing X-Trans images, while Canon cameras have never felt right in the hand. I can't fault either the quality or lens lineup, though.

My affection for Nikon runs more than skin deep, though. I feel a loyalty to the product, the company, the brand. I am part of their tribe and identify with other Nikon shooters. For whatever reason, I share a similar technical affiliation and product love. The brand is important, and I have identified with Nikon; however, it would be crass to believe for a moment that the product is unimportant. Of course, it's important; however, we will all have felt the tug of a purchase because it makes us feel good. The motoring equivalent would be buying an Alfa Romeo, particularly back in the 1980s and 1990s. We know we aren't buying one because it is a good value, reliable, and economical. Heck no, it just makes us feel good. The heraldic red cross and viper that form their logo are well known, as is the Ferrari black stallion or Lamborghini bull.

In our brand-obsessed world, logos help make a product instantly recognizable, allowing the manufacturer to appear as more than simply a business channel for generating profit through sales. Customers want to believe that there is a community that lives and thrives beyond the product, and the logo is the face of everything that represents. Logos are important, and it's why considerable effort is expended in developing them and, indeed, changing them (such as the evolution of British Airways).

Of course, not all logos are created equal, and I will arbitrarily classify them into three broad types. Firstly, some are simply the name of the manufacturer. Bluntly, while these are functional, they are boring and lazy. That said, if you are in the business of getting your product out of the door with minimum fuss, then it will suffice. Camera manufacturers who fall into this category include Sony, Canon, Pentax, Contax, Casio, Hasselblad, Panasonic, and Ricoh. While perhaps the least creative logos, there are still five parameters you can change: font type, font weight, font case, letter kerning, and color. Most manufacturers opt for uppercase, and while they might start with an off-the-peg font, it is often manipulated for their own design purposes. Fewer manufacturers go lowercase, with Canon being a good example, the logo having evolved over the years into its current styled form.

The second broad category includes those logos that are predominantly the company name, but with extra design additions. Olympus has the yellow flash underneath, Samyang the red slash, Phase One a change in font incorporating a silhouette effect, and Yongnuo changing letters into objects. The benefit of becoming more stylistic is recognizably and ability to incorporate aspects into other types of marketing.

The final category, is where a logo changes into an icon, if not completely, then at least broadly. Fujifilm, Kodak, Nikon, Minolta, and Leica are all examples. It's perhaps a little unfair to think of these as "better" — many have evolved from simple names into the more familiar logos we are familiar with today. Nikon, for example, has long used yellow as part of its brand identity, but the square icon evoking lens elements was only introduced in 2003. In fact, lens elements are a popular theme, with both Zeiss and Minolta opting for these design aspects.

What Is the Best Logo?

My own shortlist for the best logo includes Linof, Polaroid, Kodak and Leica. Linhof, in a vein not too dissimilar to Ferrari, has adopted a heraldic crest alongside their name in script font. It gives the impression of tradition and reliability, exuding an in-built quality. Meanwhile, Polaroid adopted a multi-colored, modernist simplicity in its design. While morphing slightly over time, the rainbow-colored badge is instantly recognizable. Like others, the Kodak logo has also evolved over time. Long adopting the yellow and red color scheme, it was in 1971 that the "K" badge first appeared, adorning marketing far and wide. It is perhaps the most iconic photographic logo ever introduced, made all the more bold by the color scheme. This was top of my list until I thought about Leica. This is a difficult call because the Leica logo isn't exactly a logo, adopting scriptwriting inside a red dot. However, it is this simplicity that plays to its strengths; white on red is bold, and both the lettering and red dot can be used independently. The dot is also scaleless, meaning you can use it at any size in any way. A red dot on a camera product is instantly recognizable, which is great for marketing. Or is it the other way around? The red dot is recognizable because of Leica? Perhaps this just shows that Leica is in a market segment of its own. Either way, it tops my list. Vote below for your best logo.

All logos copyright of their respective manufacturers.

I am a Graphic Designer, i love that you guys made this haha, i am more minimalistic and algo like brutalist and bauhaus design queues. I voted Kodak because the history and weight of the logo is unrivaled but i also think that Leica has a pretty good balance between old and new. I also like the hasselblad logo, the H although very obvious. Makes a great appleid logo in a variety of finishes. And last but not least, i think the canon logo has an excellent typography design that suits the company and the different divisions that they have (printing, scanners, etc)

Kodak is too hard to read. Zeiss is similar and better. Leica best

you call logo I say is swash-sticker!

Anyone went for Linhof? I went Leica but actually I wish I had gone Linhof just because they look like a beer and don’t give a f. Haha 😆

"Linhof, in a vein not too dissimilar to Ferrari, has adopted a heraldic crest alongside their name in script font." Doesn't look to much like the prancing horse of Ferrari, maybe Porsche. 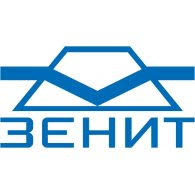 What do you think makes one logo better than another? Linhof is out because emblems are generally dated. That can work for a company with heritage though! I think the author forgot to mention the difference between a wordmark, lettermark and combination marks listed in these examples. You can look up Tom Geismar if you want to see who invented the modern corporate logo.

Disagree with what? Luftansa is a wordmark. Ive also stole the Swiss clock design but that's a different type of design

Words, nowhere to be found 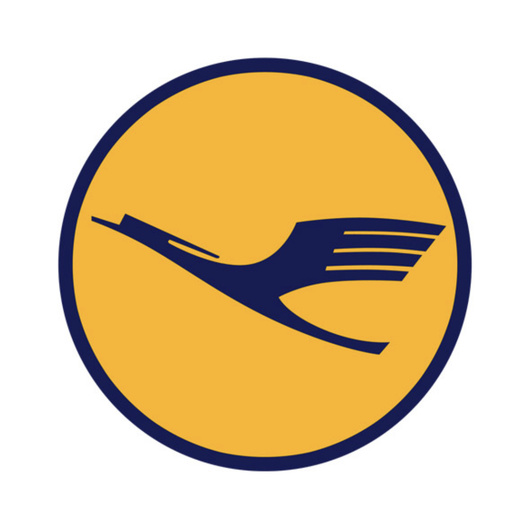 My preference for logos are ones with thicker fonts that work well on signage, posters, etc. that can be seen easily from far away.

Regardless of whether I think Canon is a good brand, I do think they have a good bold logo. Same goes for Pentax although it is a bit boring.

As much as I like Nikon and hasselblad, I find there logos very boring. Leica and linhof are my favs by far and by far the best design even though they are nothing like Porsche or Lamborghini or Jaguar logos

Love em or hate em, you know in your bones it's Leica.

I'm a design art director, and this is some slow news day stuff.. no thanks