One mistake that I've noticed many photographers make is not thinking about what type of music they have playing while on a shoot. You'd be surprised how changing the tracks up a little can dramatically affect the outcome of your images. Check out these free playlists before your next shoot.

We all know how music can alter our mood, and the same can be said for the tone of a photoshoot. One thing I quite often see is photographers using their own favorite music as the backdrop for their shoots. While this action is more than understandable, it doesn't take into account the musical tastes of those who you are working with. For this reason, I will always ask the people I am photographing what they like to listen to first. Quite often, the subject's whole disposition can change for the better when they are listening to something they can personally relate to. Not only does this usually make for better images, but you'll often find the shoots become a lot more productive too. This last point can sometimes be the difference between success and failure on a hectic commercial shoot.

Personally, I like to bring along a dedicated speaker like the Anker Soundcore on my shoots, as it not only does a great job at playing music, but because it's also a standalone device, it doesn't have to interfere with my shooting setup in any way. I like to sit the speaker in a corner away from my camera and the laptop so that if people want to crowd around the speaker, they can without getting in my way. This little speaker has a built-in battery and reports to be able to play for 24 hours on one full charge. This means I don't ever need to worry about powering it during the day of a shoot. What I like about this particular speaker is that it has both Bluetooth and an aux input socket, which means you can connect virtually any device to it. This last point is important to me, as it allows anyone on the shoot to play music off their own phones, etc. Offline music like this is my personal preference, as I quite often work in places where the internet is nonexistent or patchy at best. That's not to say online streaming services like Spotify aren't useful; it's just that intermittent music can really spoil the flow of a shoot.

Occasionally, you may find people are not forthcoming with music, so it's always a good idea to have a few playlists ready beforehand. I use an old iPhone for this task, as it keeps my current phone freed up to take important calls or make the odd social media post. By using an old device in this way, it also allows anyone to be DJ without you having to worry about someone messing with your actual phone.

For as long as I can remember, I have carried at least four very different playlists with me on both my laptop and my phone. They don't always get used, but they are good to have on standby.

This one is used before and after the shoot as a warmup and cool-down to proceedings. While I much prefer to listen to more energetic music during the shoot itself, it's nice to change down a gear when you're not actually shooting. Go-to artists include Nick Drake, Ray Lamontagne, Villages, and Stephen Fretwell. This one is also a good playlist to listen to while editing work afterward.

This playlist is used the most during commercial shoots when there is a lot of work to get through. It contains mostly energetic and upbeat tracks and really helps to keep the shoot moving along at a good pace. My personal studio playlist contains a lot of The Roots, Nas, MF Doom, and The Smiths.

I call this playlist my wedding playlist, as it could easily be used at the reception party of someone's wedding. It is full of classic tracks from the '60s, '70s, and '80s, which most people know and love. Think Aretha Franklin, Diana Ross & The Supremes, and Martha Reeves & The Vandellas, to name a few. Just like the studio playlist, it's mostly upbeat and reasonably fast paced, which helps the shoot move along nicely. This playlist is my favorite to use, as there is literally something for all ages on there. It's hard to not be happy while listening to such a playlist and a happy shoot always makes for better images.

Lastly, I have a smaller playlist, which I use when we need to push through and finish the job at hand. The tracks on this list are even more fast-paced and energetic than the studio playlist. Think Calvin Harris, Red Hot Chili Peppers, and The Hives. This playlist is something you probably couldn't use for longer than an hour, but it's a good one to have up your sleeve when you all need to take it up a gear.

If you're struggling to find inspiration for your playlists, I have found both Playlists.net and Topsify great places to find ready-made playlists to instantly use or to build upon.

The last way to use music to your advantage while on a shoot is to play tracks that match the tone of the images you want to make. When I'm shooting fine artwork, I'm trying to tell a story and create a particular atmosphere. Most of my work is dark and moody, so things like Radiohead or more instrumental stuff like Nils Frahm work really well on these occasions.

So there you have it, how the music you choose when shooting can dramatically affect the outcome of your work. While I'd personally rather not listen to Taylor Swift's back catalog on repeat, I would endure most music if I knew it would benefit the final images produced. Make the music you use less about you and more about the pictures you want to make and the people you are working with. You may be surprised at what a difference it could make.

Who are your go-to musicians that you play while shooting or editing? Any underrated acts that you'd like to share? I'd love to hear your music recommendations in the comments section below.

Lead image by rawpixel.com via Pexels, used under Creative Commons. 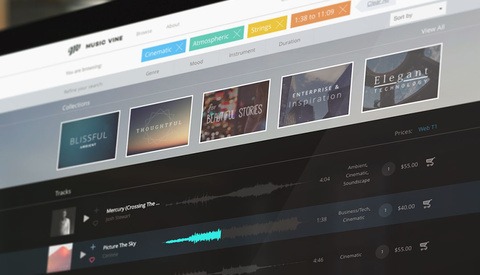 Commercial / July 12, 2017
An Interview With Music Vine, The New Name in Music Licensing for Video 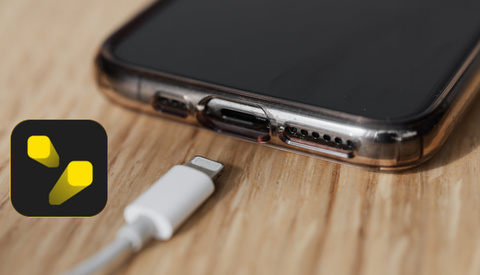 Opinion / November 6, 2021
A Missed Opportunity or the Dawn of a New Age? Nikon's NX MobileAir App 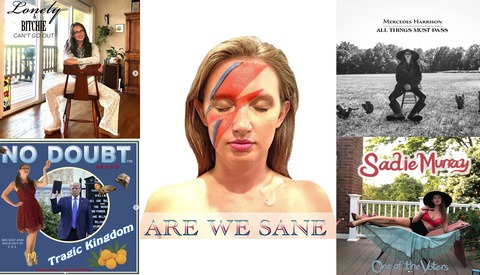 Gear / October 7, 2021
What Must Camera Manufacturers Do to Challenge the Smartphone?
Premium Photography Tutorials

Silence is my best friend…

Are we not concerned about the copyrights of our fellow creative artists? There are copyright provisions regarding photographers playing recorded music during commercial work.

In the US--and probably in other countries under the Berne Conventions for copyright--playing music during a commercial activity without an explicit license is a clear copyright infringement.

One possible workaround is if clients/models play their own music from their own devices. If you play it, however, you need a license, even if through a service like Pandora or Spotify.

Silence for me too. When I play music I like to listen to it and not just have it as background noise. I have enough to concentrate on.

Both for me. There is some music which I like to play loud and want to really hear it and there is music which i want to play on a low volume level to have in the background.

Dig the article ! All about these playlists. Music really helps to create an energy and really makes it at least twice as fun for the clients.

The greatest fun that the client should have is when he signs the check!

I play the Narcos theme song...