A to Z of Photography: Nan Goldin and the Golden Triangle

After a monster week of F, it's time to get back to some semblance of normality (although the title sounds like a Harry Potter novel!). Coming at you straight from Photography 101 and the chapter on "Composition" is the Golden Triangle, followed from left-field by Nan Goldin.

Nan Goldin is most closely associated with the LGBT community in the US with her most notable, and breakthrough, work being "The Ballad of Sexual Dependency". Born to middle-class Jewish parents, the pivot point in her life was the suicide of her older sister when she was age 11. So began a tumultuous period that eventually led to her photographic journey through the gay and transgender communities in Boston, documenting the lifestyles of drag queens. This cemented her reputation for photographing the culture she lived in, showing the turmoil, tenderness, and ferocity of daily interpersonal relationships.

This led to her enrollment in the School of the Museum of Fine Arts (now part of Tufts) in Boston, before her graduation in 1978. At this point she moved to New York City, living and working in the work-hard/play-hard, high energy, gay community of Manhattan's Lower East Side. She trained her camera on both her friends and herself, and this material is unflinchingly presented in "The Ballad of Sexual Dependency" (a name taken from Brecht's Threepenny Opera). You can see examples of this work on both Amazon and at Tate Modern, the latter of which currently has the slide show (her original presentation) and prints on display.

You can potentially categorize her images as "snapshots", taken with the intent (at least with "Ballad") to present a broadly coherent diary that details the relationships between couples, their lifestyles, and their broad interaction within communities. That this community, which she was a part of, was hedonistic and addicted to hard drugs led to an intimate portrayal of a vulnerable group that that suffered from physical and mental issues. This is graphically presented, for example, in the image "Nan one month after being battered" which leaves no holds barred. However it is a tender portrayal of a community that lived, played, and, eventually, died together. This was the gay community of 1980s New York which was ravaged by AIDS — Goldin captured those highly personal relationships and refers to them both as a volume of loss and a ballad of love.

"Ballad" continues to define Goldin and her subsequent work is overshadowed by the lofty heights it reached, however it also reveals her journey through life and into parenthood. She has experimented beyond traditional prints, using photo books extensively (15 and counting) but also multimedia such as slideshows, moving imagery, voice overs, and music. Works include collaboration with Nobuyoshi Araki (a seemingly destined pairing!) and a fiction/photographic book with Klaus Kertess about boy prostitutes in SE Asia. In many ways these displace the familiar content to new locations. Maybe it plays to the trope of marginalized peoples, but her work doesn't come across as exploitative. More recently Goldin revealed a recovery programme for prescribed opioid addiction, specifically OxyContin. As a result of this she has campaigned against its manufacturers, Purdue Pharma, as well as the philanthropic donations its owners the Sackler family.

It sounds like a better alternative to the Bermuda Triangle, and also doesn't refer to the opiate trade, Indian tourism, Cheshire, or Texas. No, the Golden Triangle of composition is one of those age-old "rules" that has guided the hand of painters and photographers for centuries in terms of composing a visually more pleasurable and appealing image, particularly where there are diagonal elements present. Of course, that is a subjective notion, but follow the process here and see if it works for you!

For the "direction of travel" of features in your image, draw a diagonal line that connects the corners of your frame, then draw a line from one of the other corners so that it intersects this diagonal at 90 degrees. Do the same for the final corner. Your grid lines should look similar to the images below.

The intention is to create compositions the align features along a diagonal which, generally, means adding depth to your images. Where the second diagonal intersects is called the "eye" and you will often see photographs that draw in along the diagonal to this point. Whilst features may not perfectly overlie the eye, you will often see them positioned close to it in a manner that is not too dissimilar to the Rule of Thirds. The puppy and climbing images above are broadly in this vein. What I like about the Golden Triangle is the implicit use of depth, something that was probably more important for painters to consider in terms of creating more "energetic" pictures.

The Golden Triangle can also include a second diagonal drawn from the final corner to create a second  "eye". This again can work compositionally by placing points of interest at these intersections. Painters also used the sub-triangles as areas that could be compositionally "filled" (or, for negative space, kept empty). The coffee image above uses the two intersections for points of interest.

Whether this is a useful method when you are out shooting remains to be seen and, as far as I'm aware, no camera includes guidelines for the Golden Triangle (although correct me if I'm wrong). That said, Photoshop can actually place guidelines on your computer screen for you so there is no excuse for not pulling up some of your favorite images and seeing if they bear any relation to this rule. Once you've done that, post your best compositions below!

Lead image a composite courtesy of Skitterphoto and brenkee via Pixabay used under Creative Commons and Wikipedia, in the Public Domain. Body images courtesy of David Strauss (Puppy) and Mike Smith.

New
The Fundamentals of Fashion Photography
With Shavonne Wong
$179.99 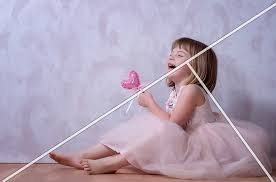 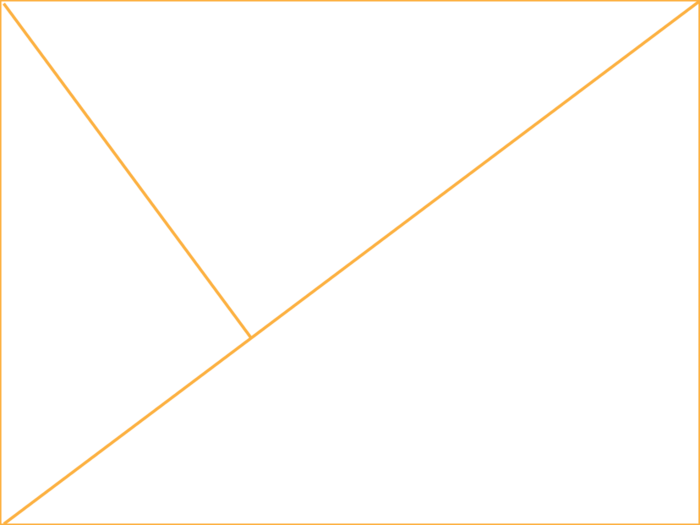 I had drawn the initial diagonal along the line of depth, but looking again at some of the examples online people do it both ways. Im not sure if it makes any difference, but does subtlety change how the intersections are viewed.