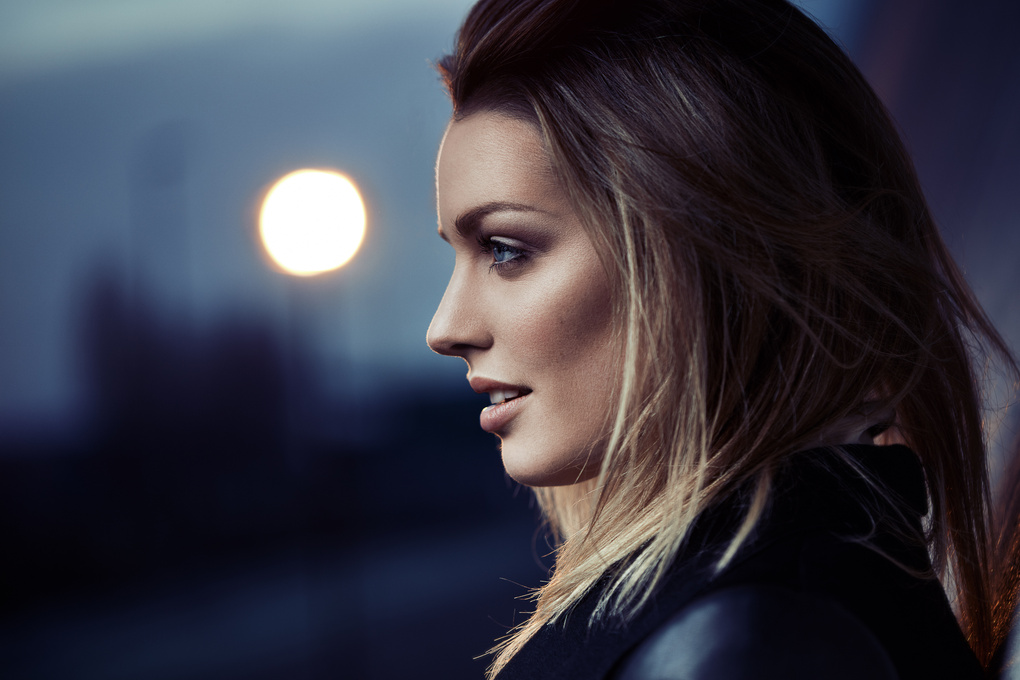 Tanaïs is one of those models that I've had the chance to work with multiple times and that became friends with down the road.
I'd always done weird projects for MUA and hairstylists with her, but never some clean portraits. So when I had to rent a couple of strobes and a 5Dsr, it was a pleasure to set up a quick test shoot with her.
I had also bought a couple of gels to play with for a commercial shoot and wanted to play with it before going on the job.

This particular shot is lit with two strobes, one ELB 400 with a deep octa 39" in front of her and another one bare bulb (which you can see as a round yellow bokeh in the background).
The bare bulb had a double CTO and the deep octa one a CTB. I set the white balance on the CTB to give a cooler look to the background (this was shot at sunset).

Its a great look and feel, draws me in and wondering what she is looking at 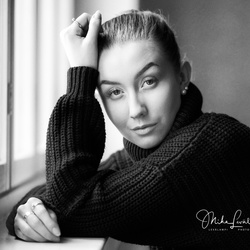 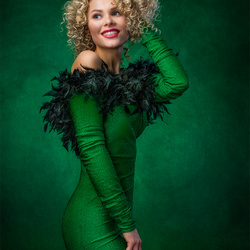 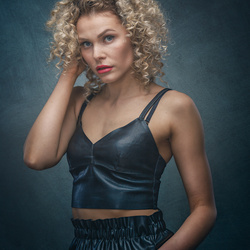 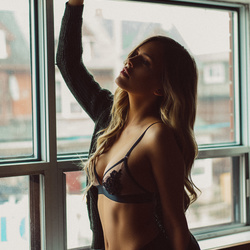 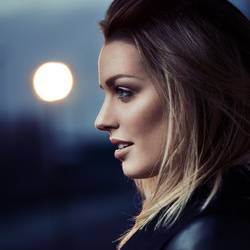 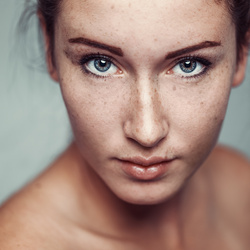 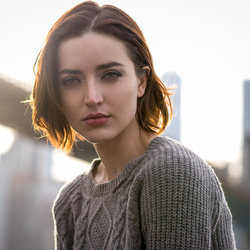 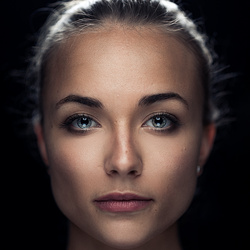 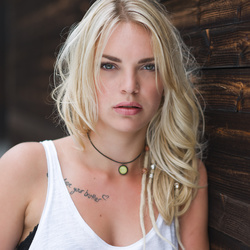 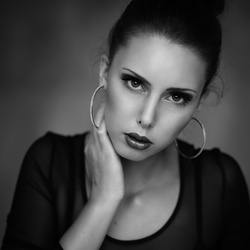 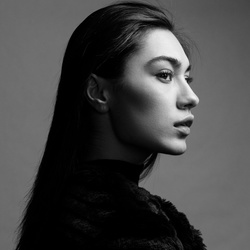 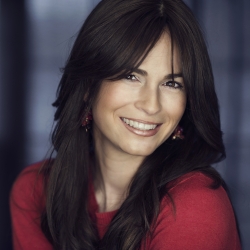 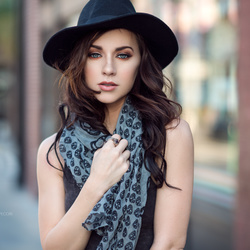 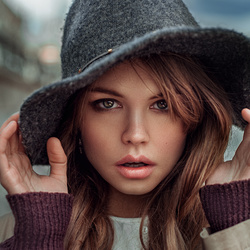 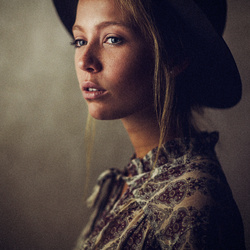