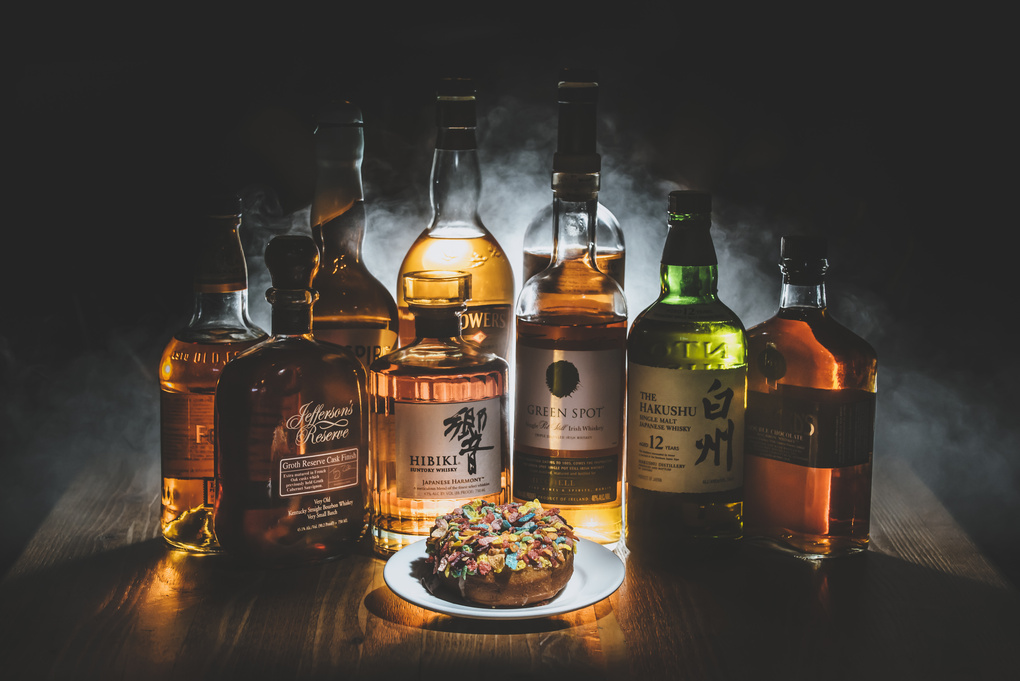 Yesterday I took photos for my friend's Whiskey Bar/Donut cafe. I wanted to take a signature photo that sums up the operation in one take. The donut is lit by a triple stack of MagMod grids (yeah, time for the snoot) and the rear light is a MagSphere and some Aerosol Atmosphere sprayed for dramatic effect.

Nikon D750, ISO 800, F8, 1/200. Both flashes set to 1/64th power.
Now someone may ask why I didn't shoot at ISO 100, and bump the power of the flashes up to 1/8th or 1/4th power (I'm guestimating). The reason I did not do it this way is I wanted to keep the flash power low as I was shooting very rapidly and I wanted the flashes to be able to fire without delay. The best effect of the Aerosol Atmosphere was shortly after it was sprayed so I wanted to get as many frames with the spray to pick from the best shots.

Great image, that bar is lucky to have you take this picture. I can see how important a photographer can be to help drive revenue to an establishment. The spray was a great dynamic touch.