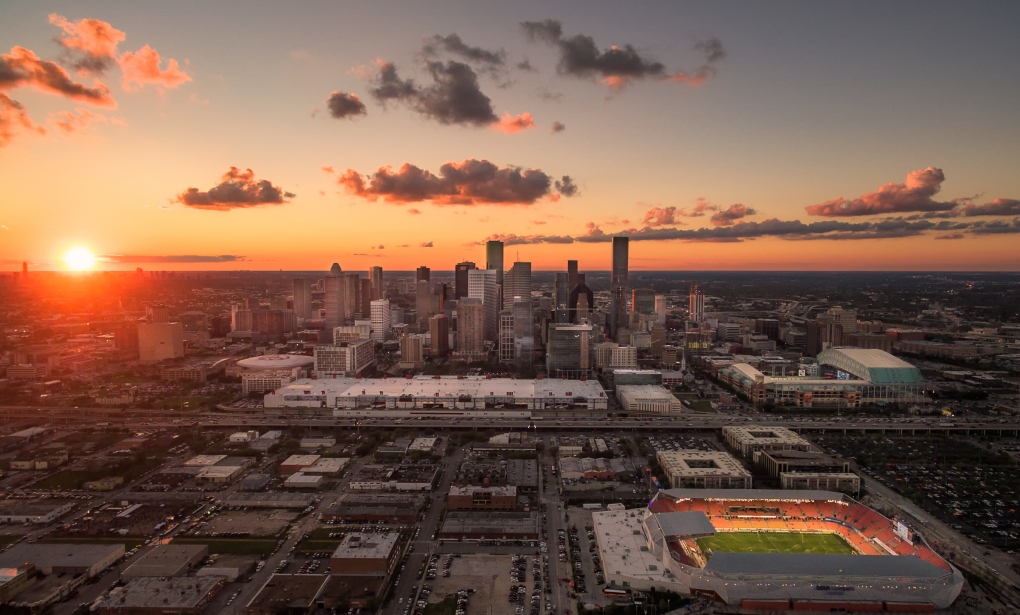 Houston from Above || Houston, TX

I wanted to fly my DJI Phantom drone on the east side of downtown Houston to capture an aerial view of Houston with the sun in frame at sunset. My plan was to fly by the soccer stadium but that was quickly thwarted when I drove over and realized that there was a game that evening! Fans and security everywhere = bad combination for drone flying. With no plan B, I drove around aimlessly for a little while as panic started to set in. The light was quickly fading and I was not in a great part of town when I saw an little park surrounded by a chain link fence. I parked, jumped over and flew the DJI Phantom up from a patch of dirt. I was thrilled to get a good shot of the skyline at sunset with the added bonus of the soccer stadium being lit up in the foreground.

Thanks, Alex! Just got back from an Italian trip yesterday. Cant wait to start editing the Phantom pics and videos and posting. Hopefully at least a couple turned out well!