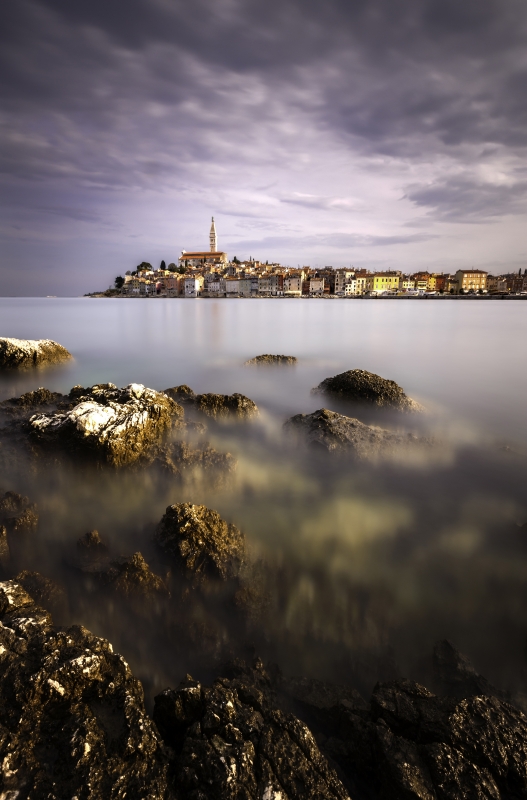 Long exposure shot of the city Rovinj in Istria, Croatia. The shot was taken from a small island across. I made three exposures, one for the foreground, one for the sea and one for the sky. It was an adventure to get there. There is no boats going to the island early in the morning so I had to find a way to get there. It was 6 in the morning, the sun about to rise. I stopped a fisherman who agreed to give me a lift over but since he was in a hurry he couldn't drop me off at a pier. I had to jump out on rocks and I almost fell into the sea. I was able to keep my self on the rocks. Couple of cuts on my hands, scratches on knees but the gear was saved :). 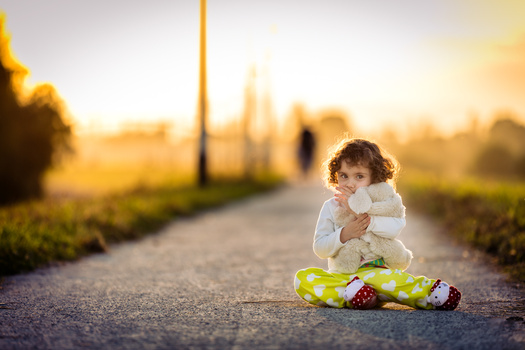 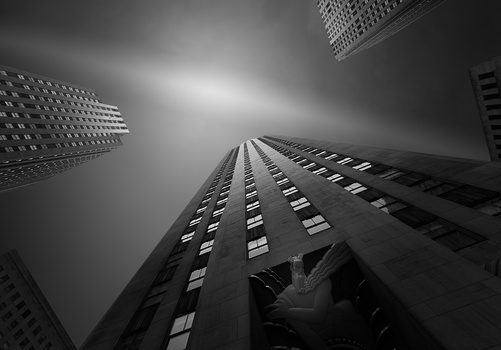 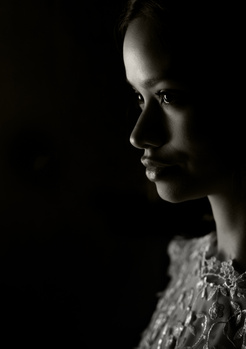 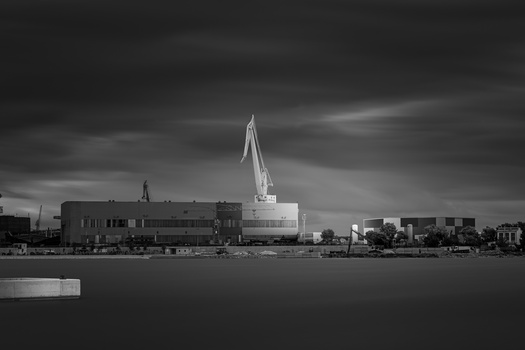 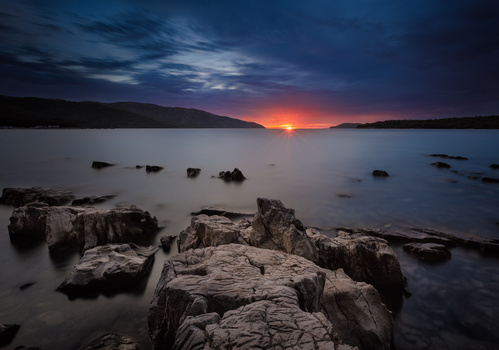 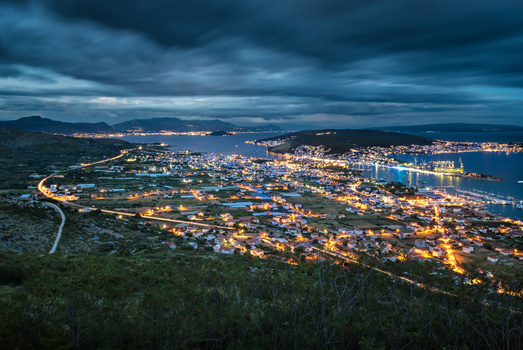 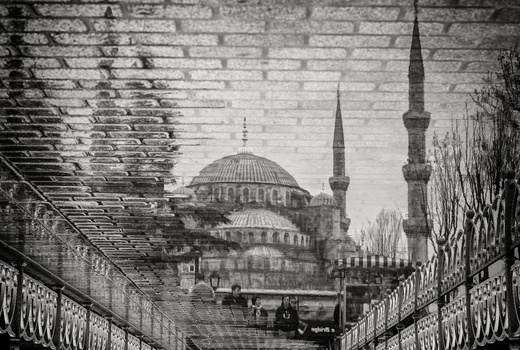 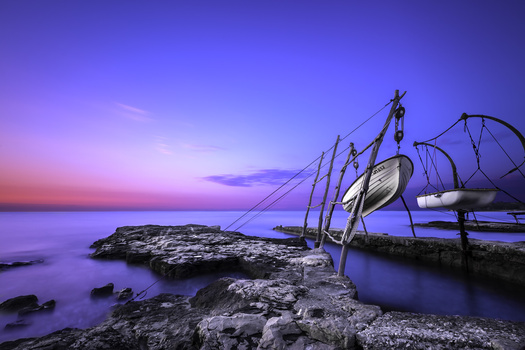 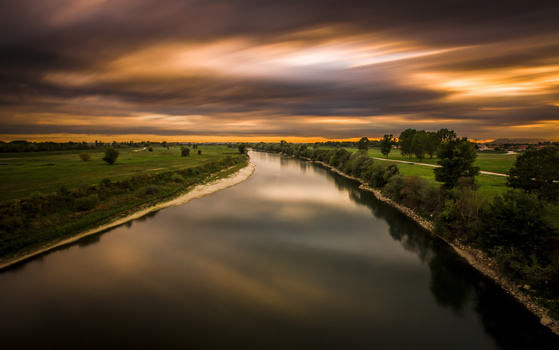 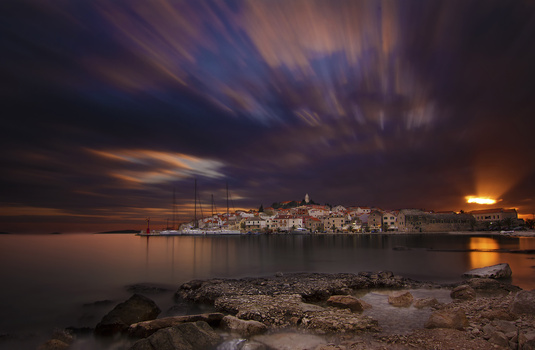 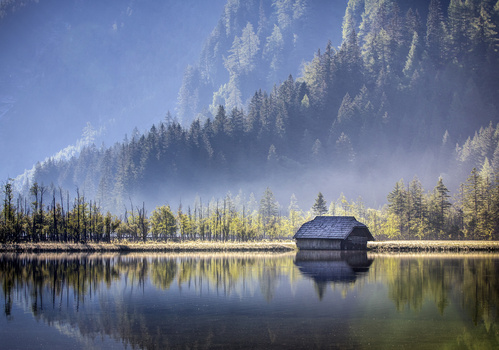 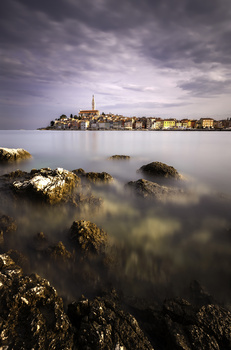 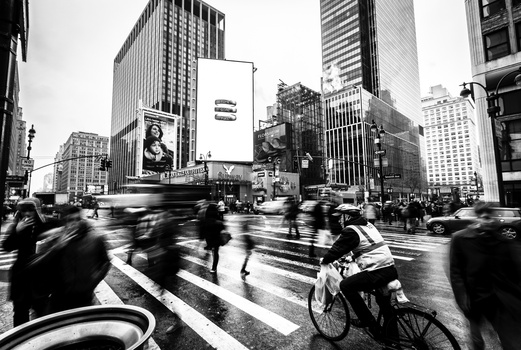