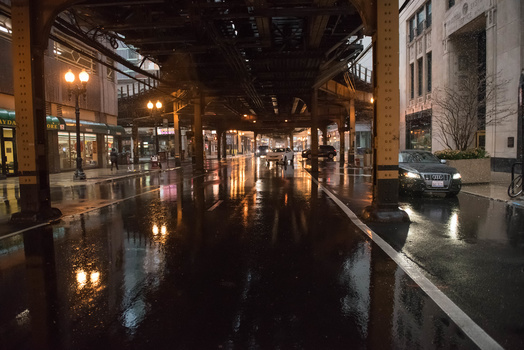 Walking/shooting under the train is a little difficult. You're really standing in the street, so it's more dangerous than difficult, but either way it's not easy. It's such a weird space. It's like you're in a tunnel, but you're not. It's one of those spaces where it kind of feels like the outside world isn't there anymore, like you're in a whole new place even thought you can get out from under the, by walking twenty feet. I love the way it's perpetually night underneath the tracks. It's perfectly light outside at 2pm, but under the tracks it's a whole other world with different lights and sounds and colors.