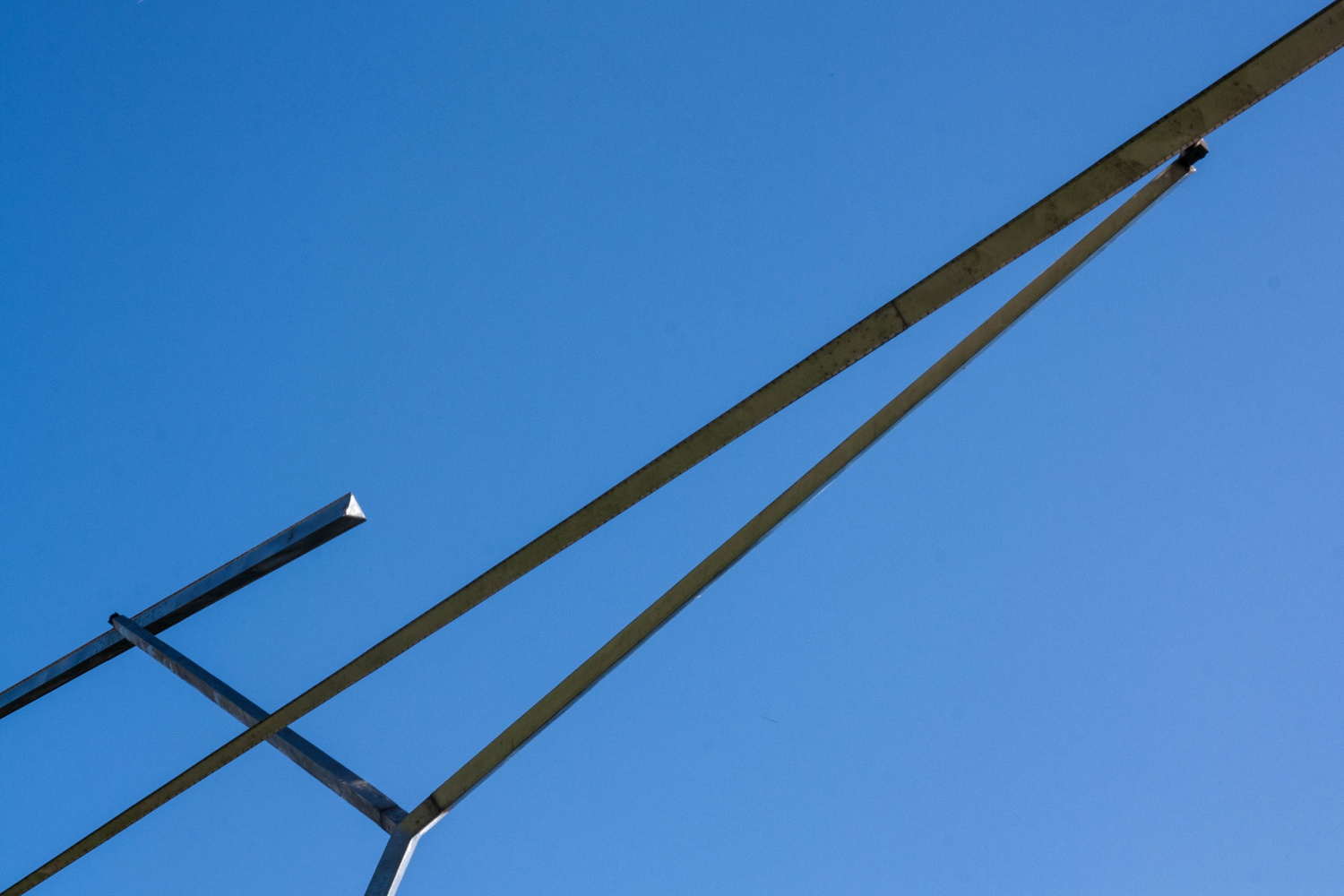 This is one frozen moment of the kinetic sculpture "Two Lines Oblique" by George Warren Rickey. It is located in the sculpture garden of the San Diego art museum.

I feel as though this shape has followed me for much of my life. When I was 10, I tried to design a new alphabet with the first letter being a rotated A in a box.

Later when dreaming up a sci-fi series that never got past the idea phase, I often found myself using this A design for an insignia.

I found it again in Balboa Park 20 years later.