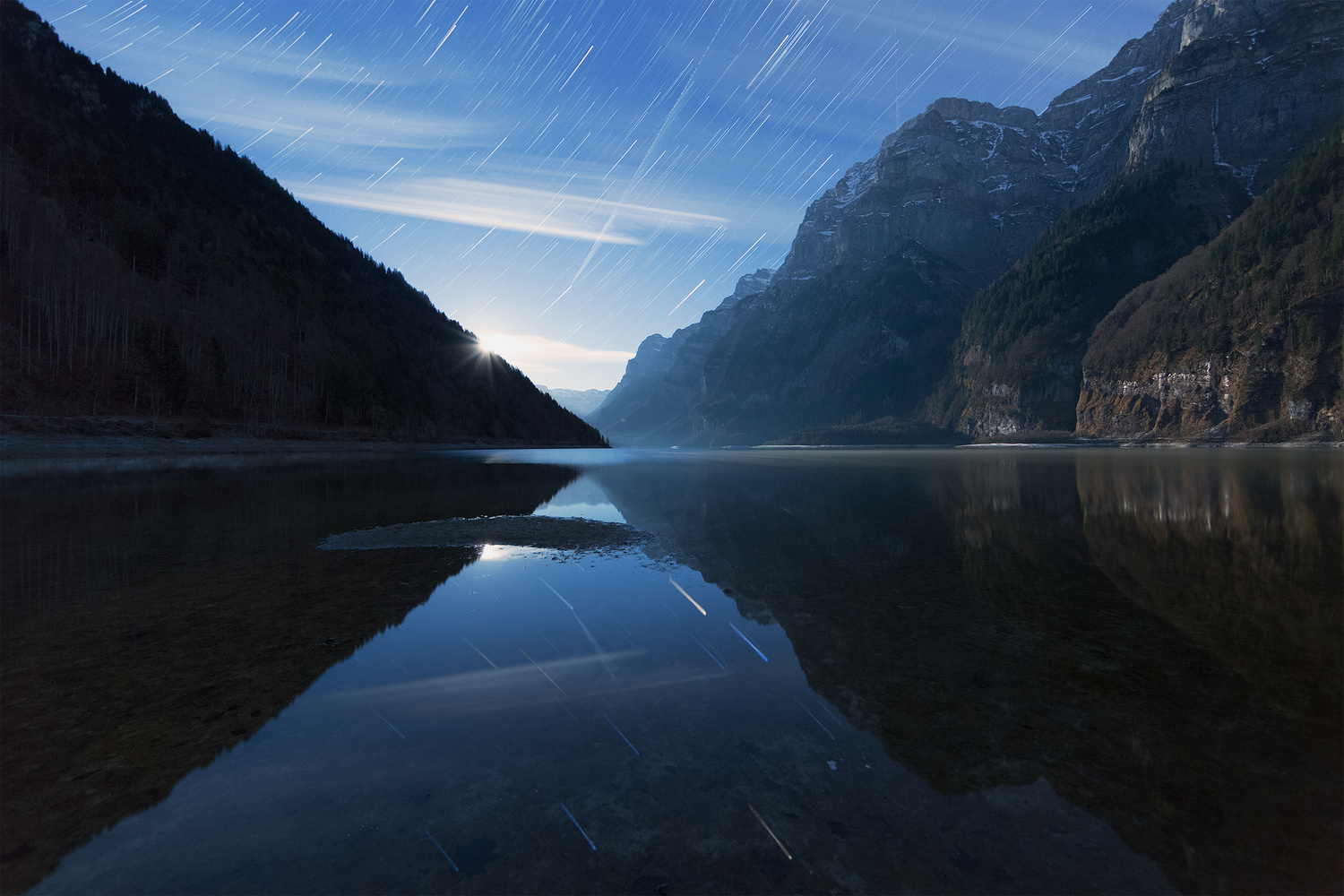 This very bright star shaped light source is not the sun but the fullmoon rising behind the mountain. Actually I was planning to be at the spot earlier so that I can shoot the startrails for at least an hour before the moon would rise. However I was late but decided to still shoot the stars as long as I possibly could. From the moment when the moon rose and became visible in the scene it was impossible to further shoot startrails. The stars were totally washed out from the very bright moonlight and the contrast to the mountains on the left hand side became so big that they ended up just pitch black without any detail. Furthermore the moon caused ugly lensflares similar as if you shoot straight in to the sun during the day. So I cancelled to shoot after exactly 19 minutes, this is why this time the startrails are way shorter than usually in my image. Did you notice how the startrails reflect in the water and how the moonlight illuminates those mountains on the right hand side!?