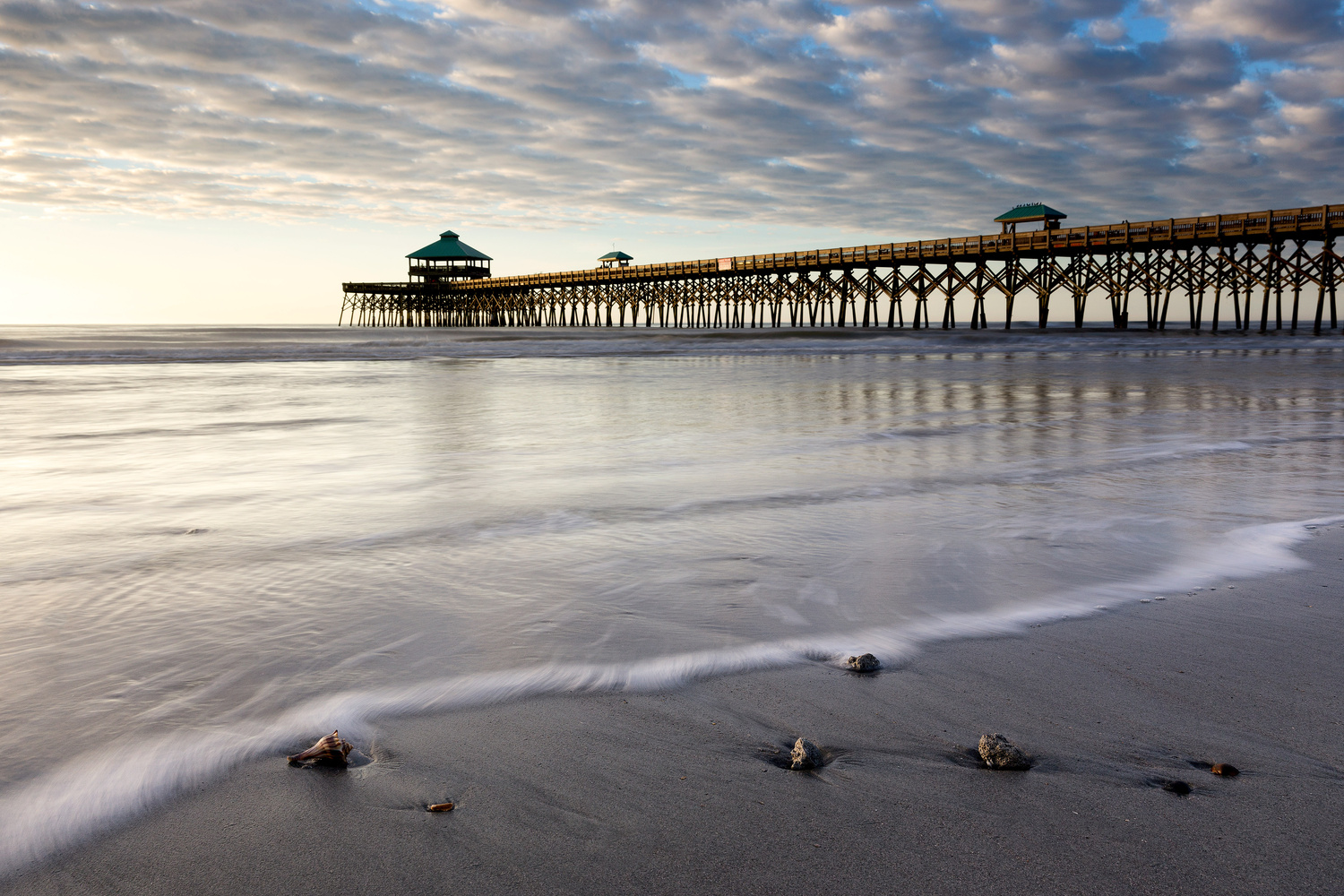 Folly Beach is located just southeast of an amazing, historical town called Charleston. Yes, the one in South Carolina. The beach front is incredibly pristine for being so close to a major city and riddled with amazing photographic features like this pier. The pier, aptly named the Folly Beach Fishing Pier; is 24 feet wide, 23 feet above sea level, and extends more than 1,045 feet into the Atlantic Ocean. On this particular morning I drove over an hour to reach the beach from a house we were sitting on Wadmalaw Island. As I arrived the sun was still 30 mins from cresting the horizon at 6:45am yet an insane orange to blue gradient was forming. Coupled with spotted, strato cumulus clouds low in the sky, the light was simply breathtaking. This particular shot was taken 30 mins after the sun had risen at about a 45 degree angle clockwise.

Better yet is the history of Folly beach which is full of full of pirates, shipwrecks, bootleggers, and sunshine. Strategically located south of Charleston and close to Fort Sumter, Folly became a stronghold for Union soldiers during the Civil War. There wasn't much fighting on the island, rather it became covered with tents, and some streets, that are still used today, were built. Around this time, the island became known as Folly. Its an old English word that means dense foliage. To the northern soldiers and other visitors, the space must've seemed both jungle-like and other worldly.

By the start of the 20th century, Folly had established itself as fiercely independent. The original pavilion was built in the 1920s, and there were rumors that Folly was being used as a hideout and drop off for low country bootleggers. The 1930s saw the construction of the Atlantic Pavilion, boardwalk, pier, and the Oceanfront Hotel, making Folly a top vacation destination. The rest is history ;)