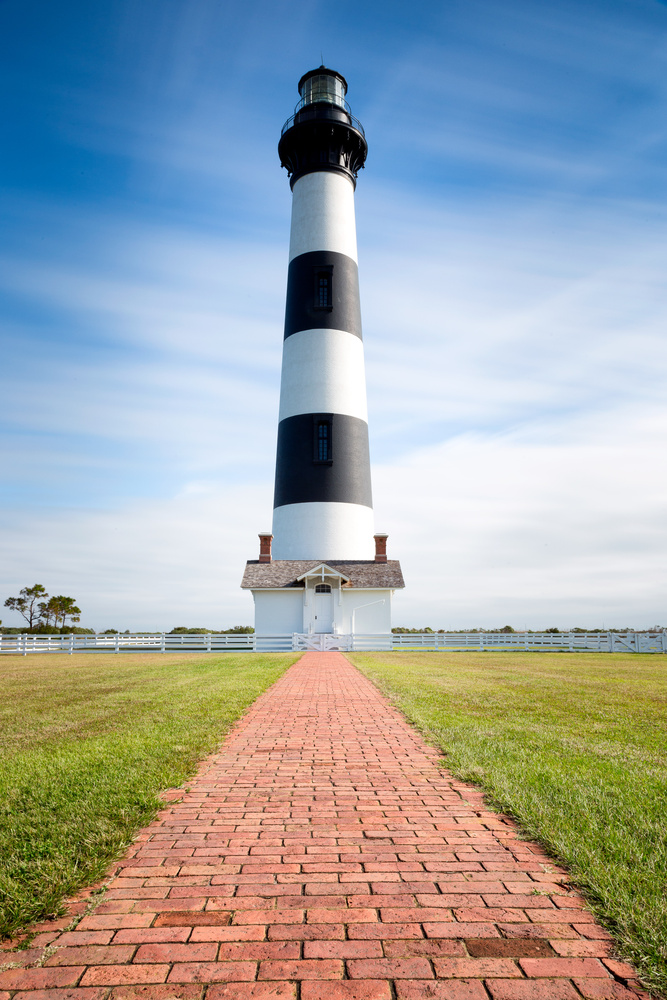 The Bodie Lighthouse is one of the highlights when visiting the Outerbanks. Standing at 156' tall, this is one of the tallest, brick constructed lighthouse in the United States only second to the Hatteras Island lighthouse located 30 minutes south. On this particular day, I arrived at the lighthouse pre dawn around 530AM hoping to watch the sunrise. There had been a lot of rains and cloud the day prior and the forecast this morning was expected to clear. Unfortunately, the clouds did not clear until well after 9AM (and the sunrise) yet they cleared very rapidly leaving me with an amazing opportunity to showcase their movement via a long exposure.

The development of this lighthouse began in 1847 at 57' but after a series of delays and severe structural issues, it was abandoned. A second 80' lighthouse was commissioned in 1858 at a nearby site but this lighthouse met un untimely end just 2 years later when it was destroyed by confederate soldiers during the Civil War. Luckily the old adage "third time's a charm" provided true and a third lighthouse began construction in 1871. This lighthouse was moved further North and further inland to a 15 acre site and was nearly double the height of its predecessors. In 1932, the Bodie Island Lighthouse became automated and by 1953 it had been transferred into the care of the National Park Service. An amazing site and without a doubt the most impressive lighthouse I've ever seen on my travels.