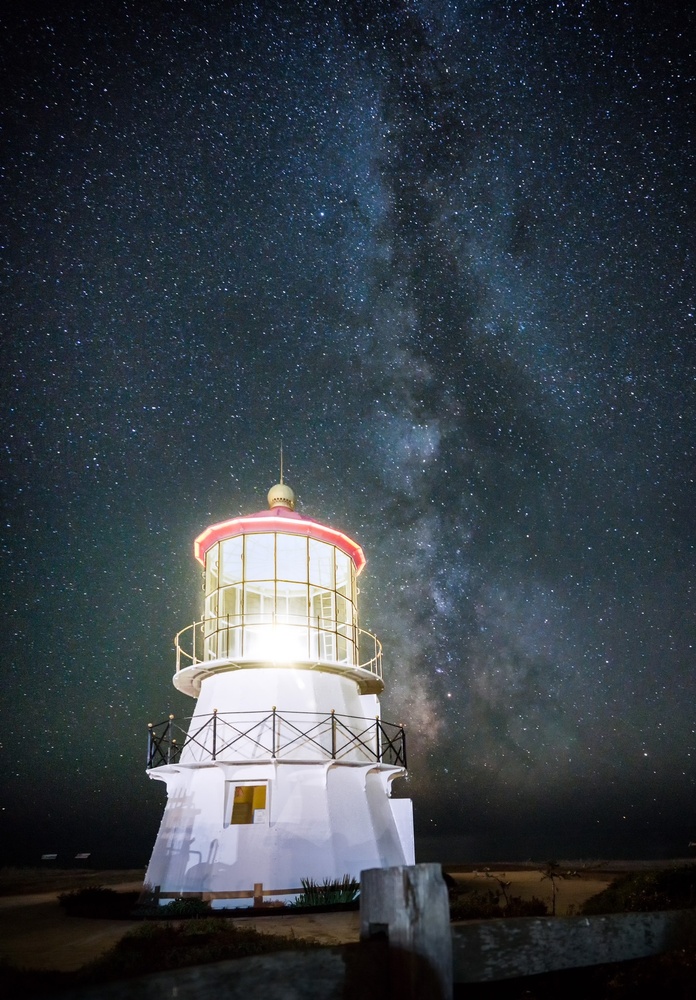 My final edit of the Cape Mendocino Lighthouse and the summer Milky Way together. My parents live in Shelter Cove, California, where the Cape Mendocino lighthouse was moved to Shelter Cove from it's position on Cape Mendocino in 1998. My parents were part of the restoration of the light at it's new home in the cove. I've tried, over many years, to capture this lighthouse and convey some of the beauty of it and the surrounding areas.
This image is composed of one 3-shot HDR and and panoramic addition. A total of four photos were used to make this shot. This was captured using a pro-sumer Sony a5100 mirrorless camera and the 16-50mm kit lens at 16mm and f2.8. Shots were 25 sec, 8 seconds and 4 seconds.
Software used to edit the image included Lightroom, Photoshop, Nik Dfine 2, and Nik Sharpener Pro 3.
I utilized Jimmy McIntyre's Easy Panel for some of the luminosity masking, I highly recommend his products and tutorials.