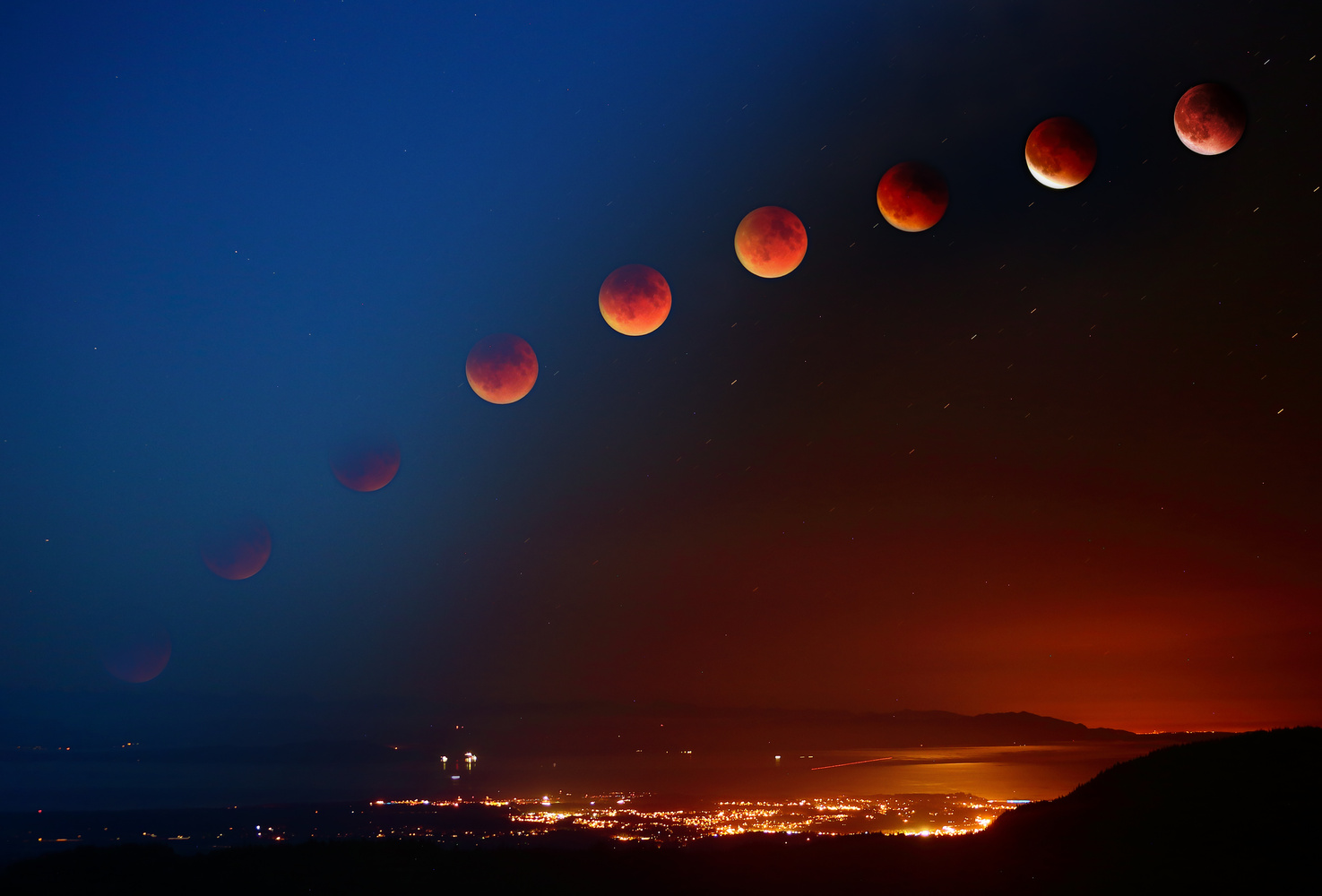 My practice began with the moon, the most fleeting and elusive of all my subjects. For this Super Blood Moon Eclipse I was perched on a snowy cliff high up Mt. Washington well past the end of an abandoned trail. The moon was rising while emerging from the eclipse that night, and I felt multiple exposures were required to fully capture the spectacle. This final image is composed of 13 individual frames. Two images at 70mm are merged to show the transition from first rise in the evening to re emergence hours later. The intervening frames of the moon were shot at 200mm.