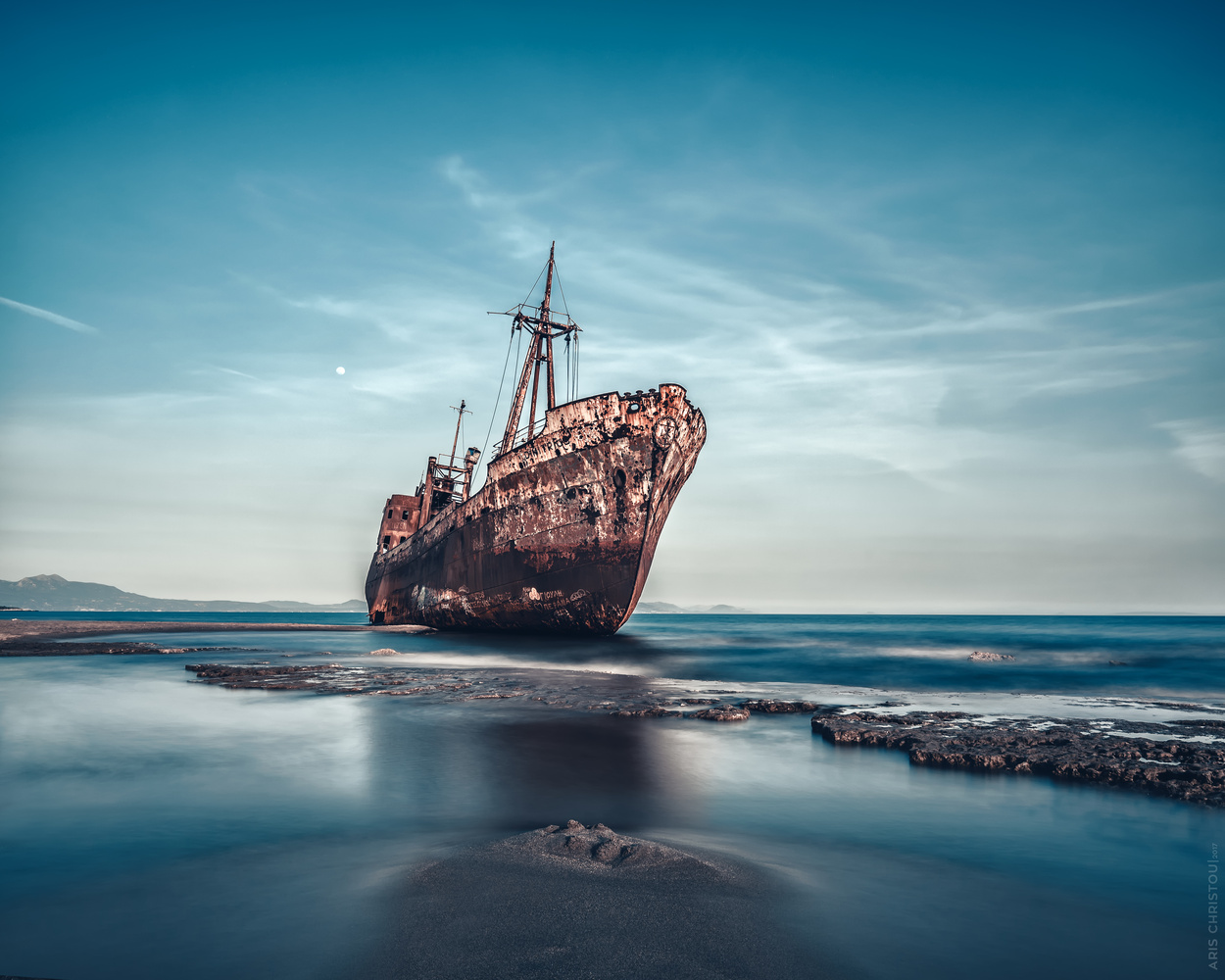 Dimitrios is a Greek shipwreck famous due to its picturesque location on an easily accessible sandy beach near Gythio, Greece.
There are many rumors about the ship′s origins and how it got stranded on the beach. Most relate that the ship was used to smuggle cigarettes between Turkey and Italy. It was seized by the port authorities and then deliberately released from the port and left to be dragged by the sea to the beach at Valtaki, about 5 kilometers from the port of Gythio. It was then set on fire to hide the evidence of cigarette smuggling. Another, less common rumor speaks of a ghost ship of unknown origins.

Lovely photo - just the right amount of long exposure to smooth the sea and foreground water without leaving it featureless. Some might prefer to up the saturation to the standard travel brochure shade of blue in the sky, but I really like this exposure.