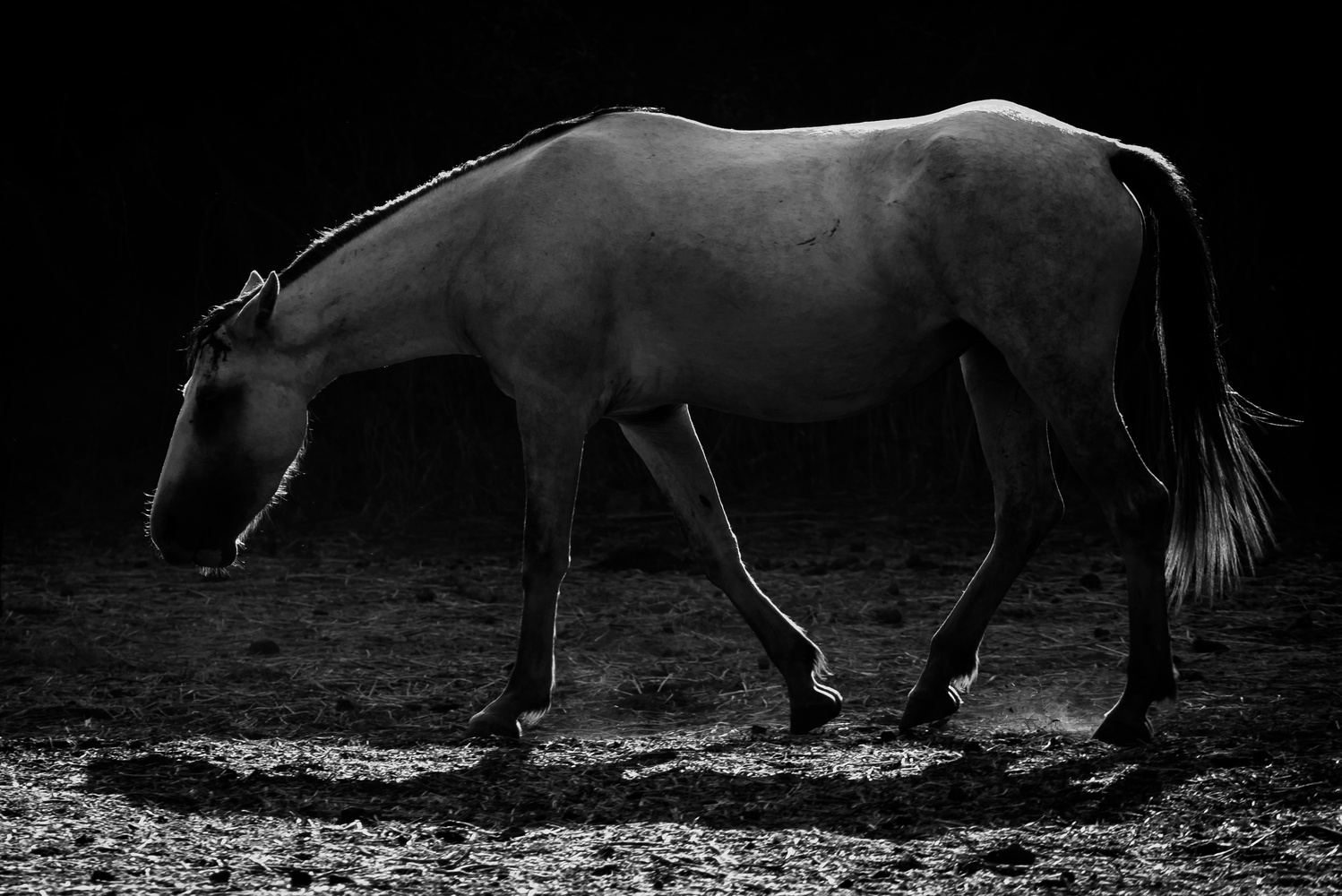 I was shooting some wild horses in Arizona without much success. As the afternoon sun began to drop behind the mountains though, a nice backlight emerged and the horses started to move towards water. I set up and waited for this magnificent white mustang to come through where the light was best. Mustangs are descendants of Spanish, or Iberian, horses that were brought to the Americas by Spanish explorers in the 16th century. The name was derived from the Spanish word mustengo, which means “ownerless beast”. Once escaped, these horses evolved without the influence of man and through survival of the fittest, evolved into the incredibly durable and tough breed we know today.