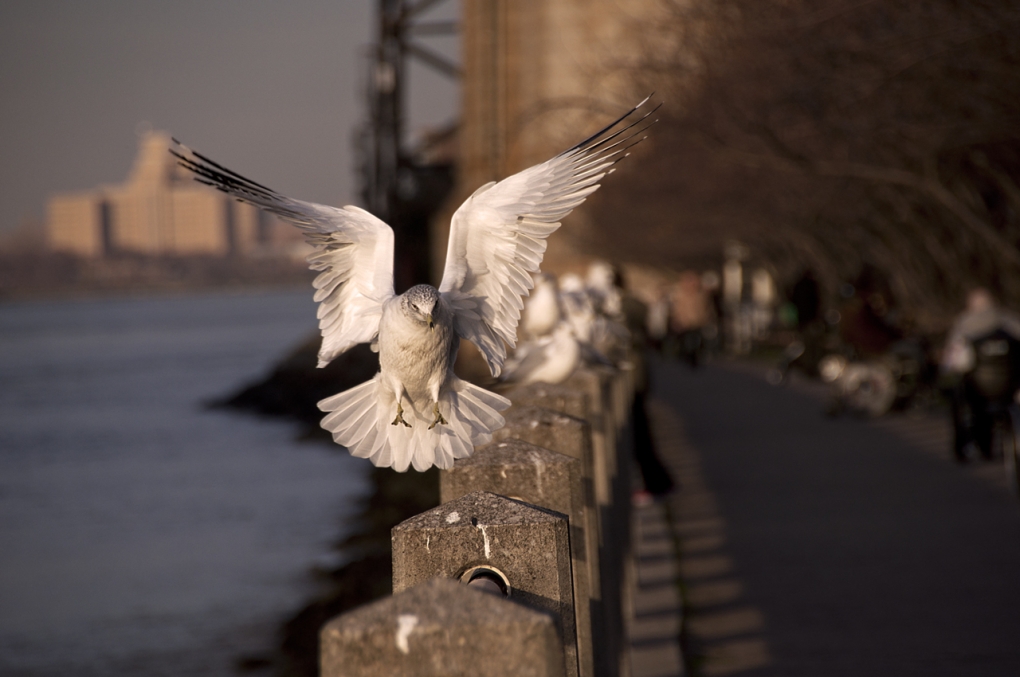 It's funny, I've lived in NYC for several years now but never set foot on Roosevelt Island. For those that don't know what Roosevelt Island is, it's a thin strip of land in the East River (The river that runs along the east side of Manhattan). It's roughly 2 miles long and less than 1000 feet wide. During it's history it held a prison, insane asylum, hospital and now mainly residential buildings.

It's a pretty interesting place. On the one side you have the NYC skyline on the other the more industrial setting of Queens. I walked along a path that runs most of the way around the island and it is really quite peaceful. While there are cars there, there are not that many and traffic is very minimal. There are plenty of seagulls and squirrels. And judging by their reactions as I walked by, they are very used to people.

I'm glad I finally made my way over there and look forward to future trips.