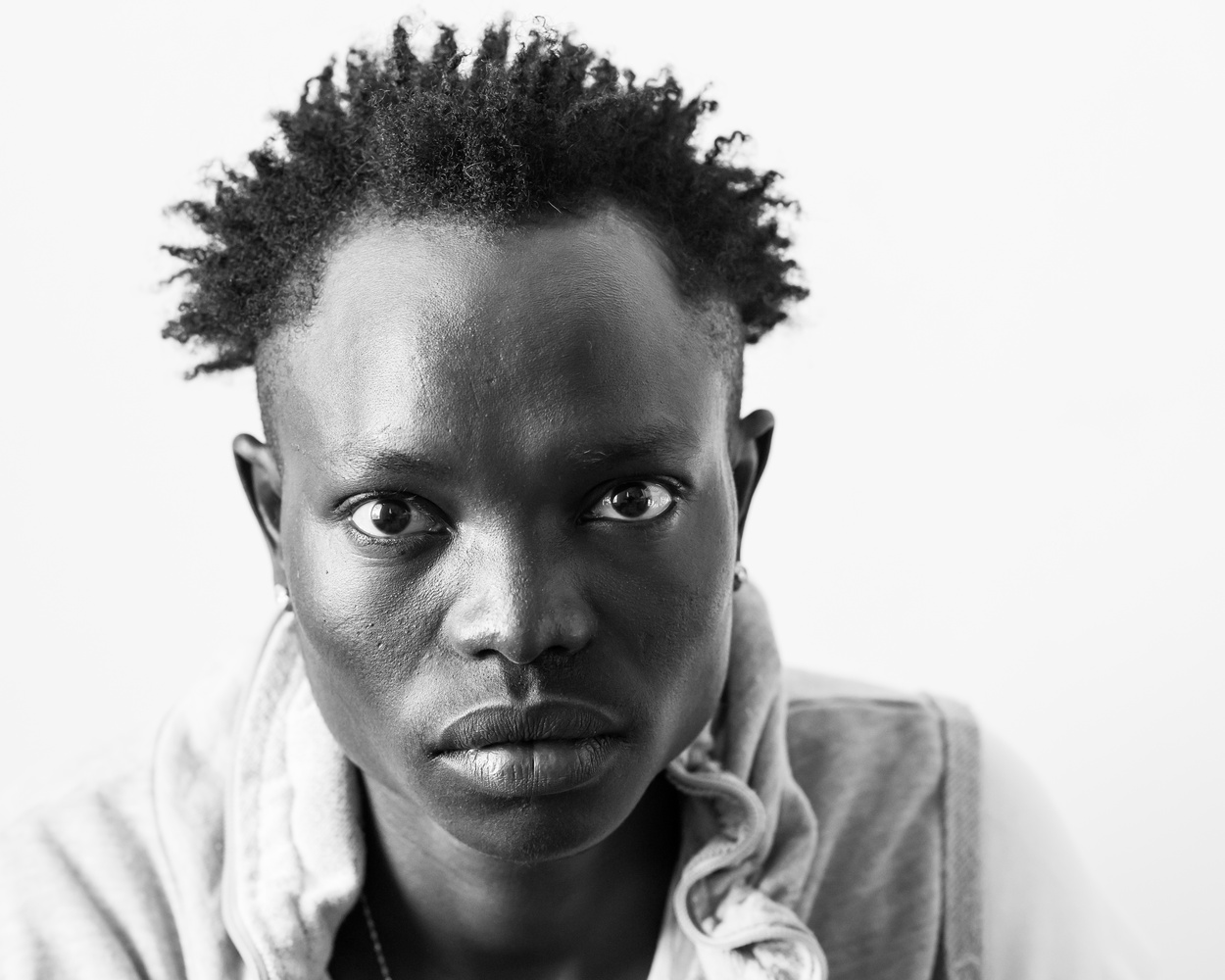 Faisal is a 22 year old refugee from Darfur. Staying at his home village would mean a forced recruitment to a local militia and an almost certain death by the Sudanese military as part of an ethnic cleansing campaign of all non-Arabs in the region. Following a horrific 4100 Km desert cross, Faisal was found unconscious by Israeli soldiers at the Egyptian border. Today, six years later and after graduating from high school, Faisal is still awaiting a decision regarding his legal status and must renew his visa every three months.
-----------------------------
The photo was created using natural light from a 3m tall X 70cm wide north window 60cm away from the subject on camera left and another large window 6m away from the subject on camera right. Nikon D810; Nikon 85mm f/1.4G @ f/4; 1/125sec and ISO2500