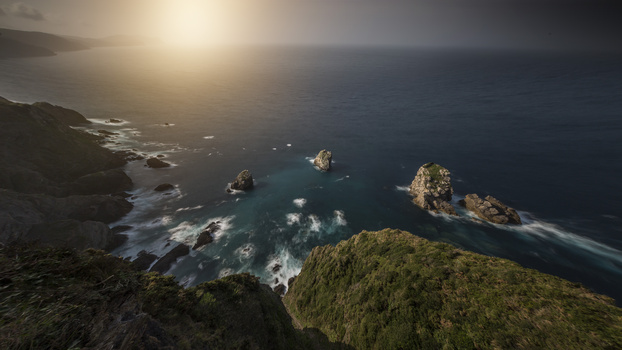 Next to Gaztelugatxe
Gaztelugatxe is a small Island on the coast of the Biscay. Bermeo, Basque Country (Spain).
On the Island stands a hermitage. The bridge to the Island is handmade.
The small church, 80 metres above sea level, dates from the 10th century. In the year 1053 it was donated, by don Íñigo López, Lord of Biscay, to the monastery of San Juan de la Peña near Jaca in Huesca. Medieval burials from the 9th and 12th centuries have been found on the esplanade and in the hermitage.
In 1593 it was attacked and sacked by Francis Drake. Among other incidents, it has caught fire several times. On November 10, 1978, it was destroyed in one such fire. Two years later, on June 24, 1980, it was re-inaugurated. The hermitage belongs to the parish of San Pelayo in Bakio.
The hermitage also houses votive offerings from sailors who survived shipwrecks.