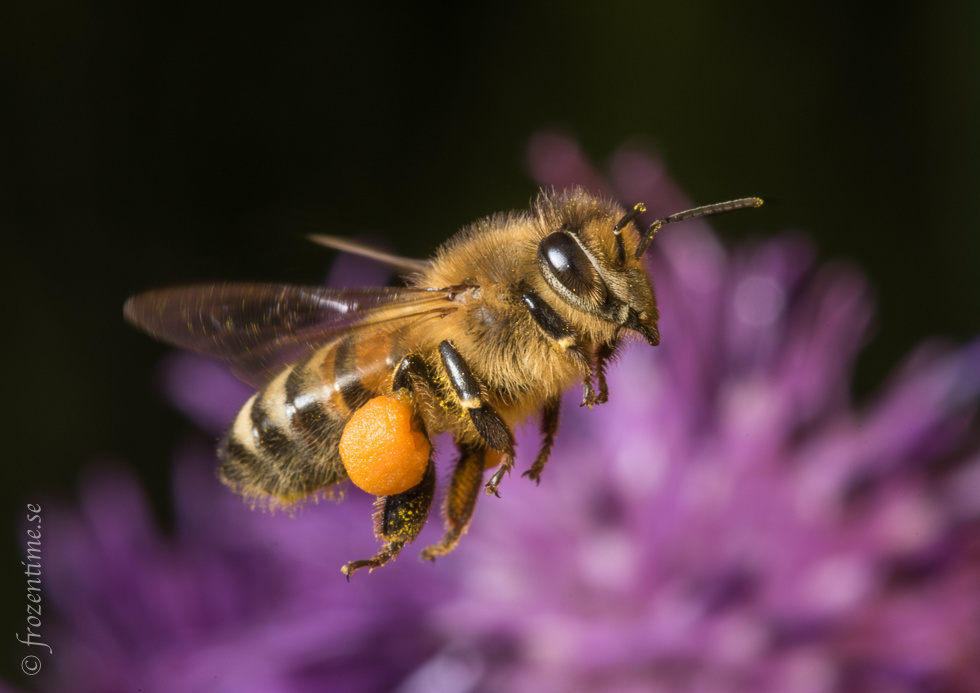 Taken close to the hive, illuminated by two AD360 flashguns, one each side of the camera, and triggered by a homemade proximity sensor.
The entire assembly was mounted on a dolly so that it could be rolled along a plank, pushed with a long stick, to avoid disturbing the bees.
Bees are much faster than shutters, so the hit rate was less than 1% even with the proximity sensor, so it took a while to get this shot.