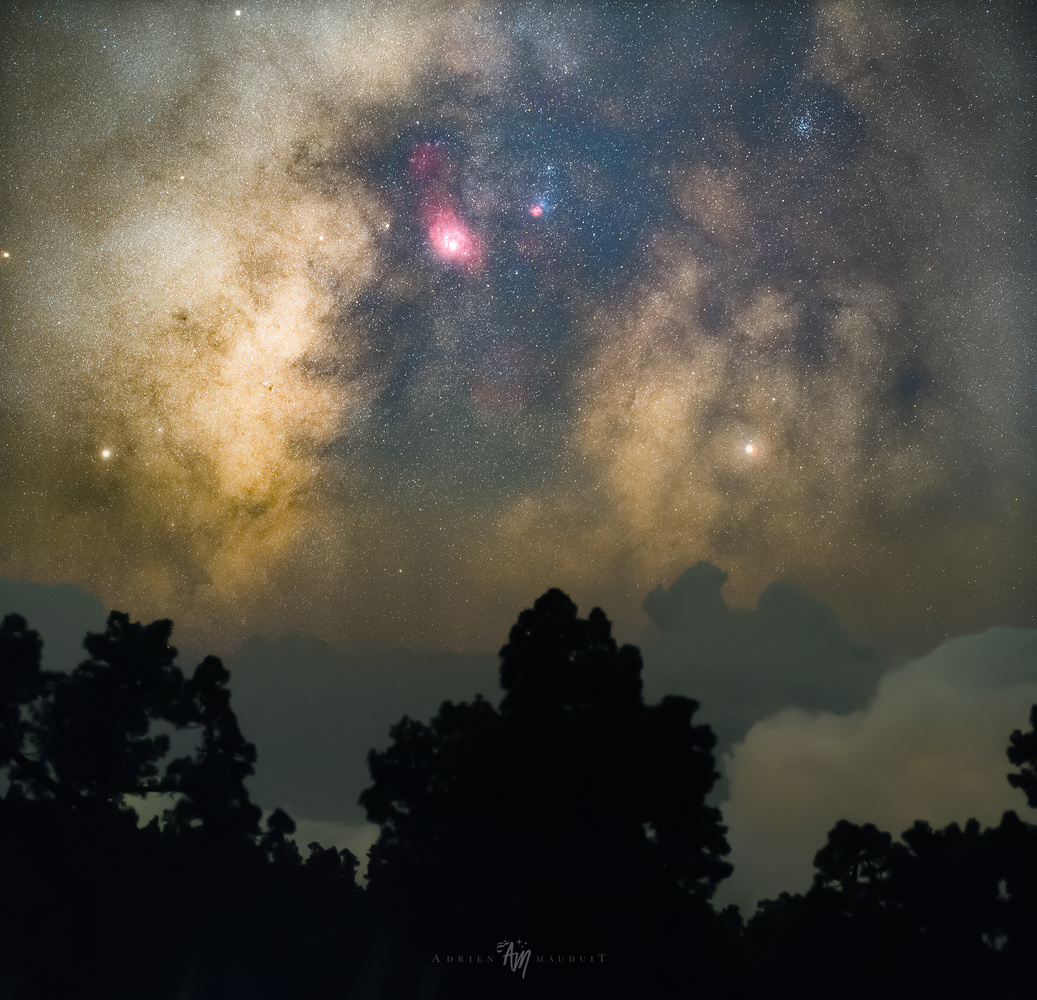 A BILLION SUNSETS ABOVE THE CLOUDS

Derived from my movie 'Fall skies of La Palma', you can probably remember this epic scene where the core of the milky way- containing billions of stars, was setting above a sea of boiling clouds. Since I shot a time-lapse, I had a series of the same shots in a row that I just stacked together to increase contrasts, details and colors. At just 25 shots (after which the milky way core disappears too much under the horizon) you can reveal so much details in this particularly bright and colorful region. Canon 6D Baader modded + Samyang 135mm f/2 + Vixen Polarie + Pure Night LP filter
25 x 16'' @ ISO 6400, f/2.8
Stacked in Nebulosity 4, blended in PtGui Pro and processed in Lr
La Palma, Canary Islands, Spain - November 20th, 2017