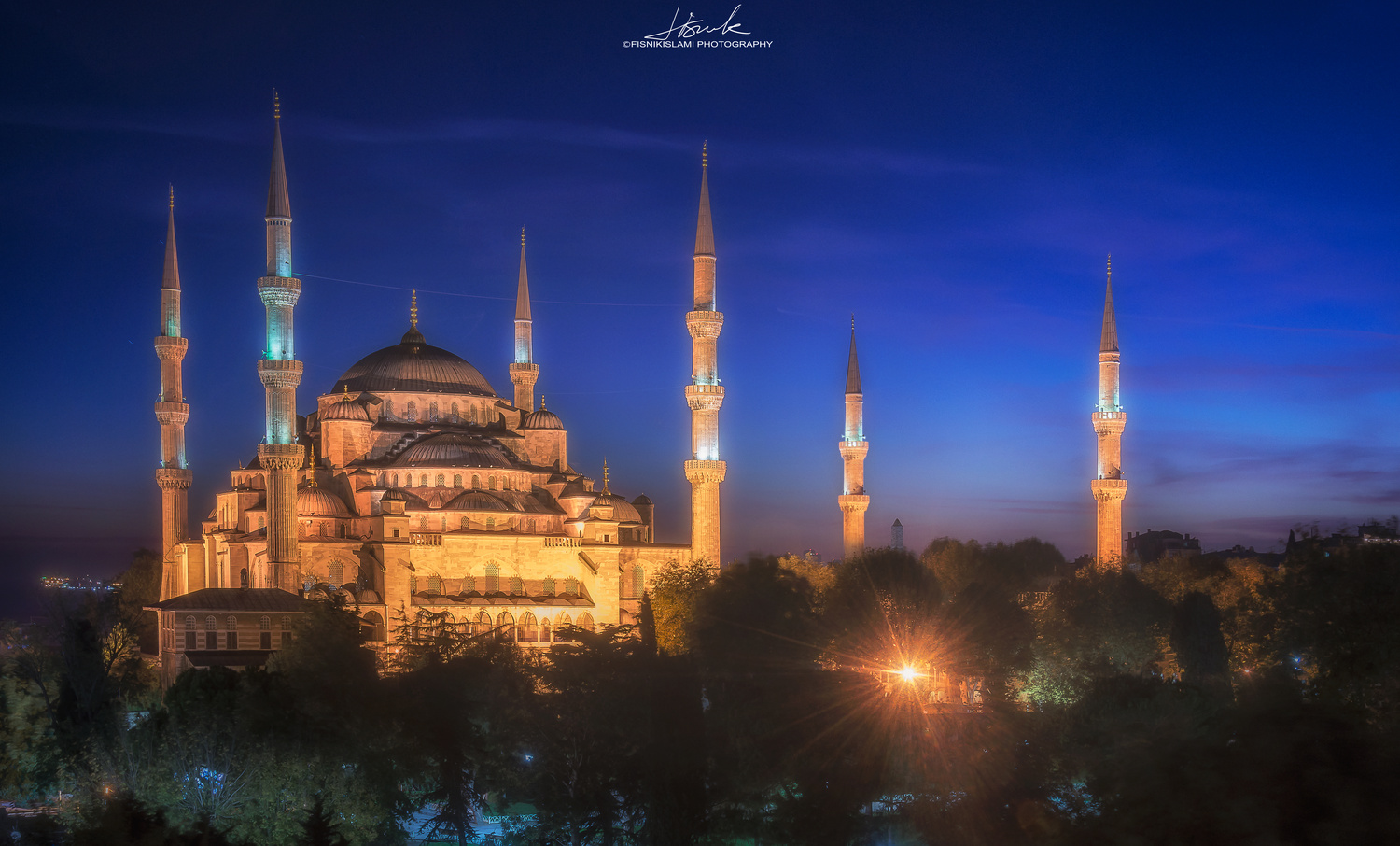 Sultanahmet or The Blue Mosque, as it is popularly known, was constructed between 1609 and 1616 during the rule of Ahmed I. Its Külliye contains Ahmed's tomb, a madrasah and a hospice. Hand-painted blue tiles adorn the mosque’s interior walls, and at night the mosque is bathed in blue as lights frame the mosque’s five main domes, six minarets and eight secondary domes. It sits next to the Hagia Sophia, another popular tourist site.

The Sultan Ahmed Mosque has five main domes, six minarets, and eight secondary domes. The design is the culmination of two centuries of Ottoman mosque development. It incorporates some Byzantine Christian elements of the neighboring Hagia Sophia with traditional Islamic architecture and is considered to be the last great mosque of the classical period. The architect, Sedefkâr Mehmed Ağa, synthesized the ideas of his master Sinan, aiming for overwhelming size, majesty and splendour.