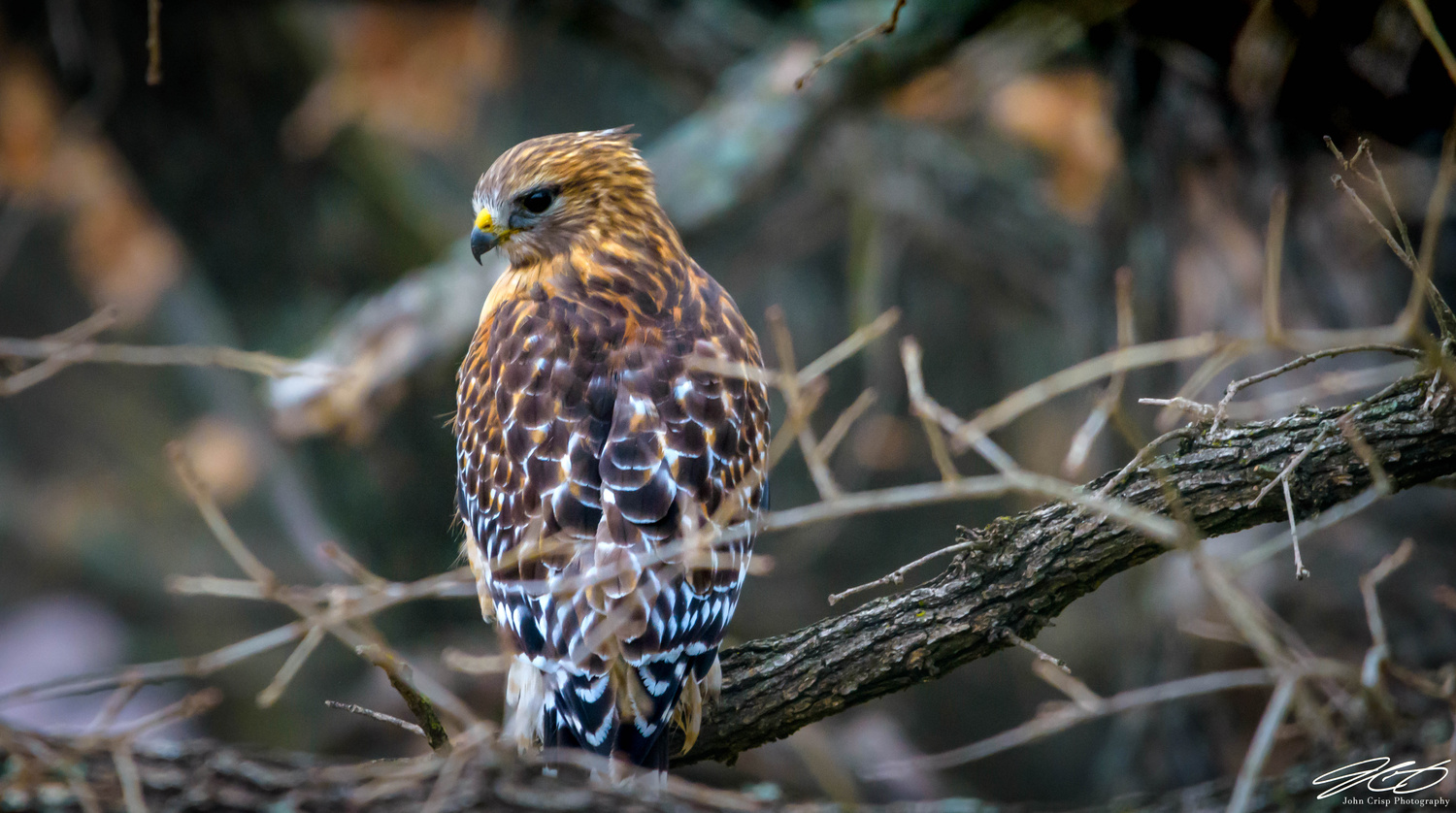 The red-tailed hawk (Buteo jamaicensis) is a bird of prey that breeds throughout most of North America, from the interior of Alaska and northern Canada to as far south as Panama and the West Indies. It is one of the most common members within the genus of Buteo in North America or worldwide. The red-tailed hawk is one of three species colloquially known in the United States as the "chickenhawk," though it rarely preys on standard-sized chickens. The bird is sometimes also referred to as the red-tail for short, when the meaning is clear in context. Red-tailed hawks can acclimate to all the biomes within their range, occurring on the edges of non-ideal habitats such as dense forests and sandy deserts. The red-tailed hawk occupies a wide range of habitats and altitudes including deserts, grasslands, coniferous and deciduous forests, agricultural fields and urban areas. Its latitudinal limits fall around the tree line in the Arctic and the species is absent from the high Arctic. It is legally protected in Canada, Mexico and the United States by the Migratory Bird Treaty Act.

The 14 recognized subspecies vary in appearance and range, varying most often in color, and in the west of North America, red-tails are particularly often strongly polymorphic, with individuals ranging from almost white to nearly all black. The subspecies Harlan's hawk (B. j. harlani) is sometimes considered a separate species (B. harlani). The red-tailed hawk is one of the largest members of the genus Buteo, typically weighing from 690 to 1,600 g (1.5 to 3.5 lb) and measuring 45–65 cm (18–26 in) in length, with a wingspan from 110–141 cm (3 ft 7 in–4 ft 8 in). This species displays sexual dimorphism in size, with females averaging about 25% heavier than males.

The diet of red-tailed hawks is highly variable and reflects their status as opportunistic generalist, but in North America, it is most often a predator of small mammals such as rodents. Prey that is terrestrial and diurnal is preferred so types such as ground squirrels are preferential where they naturally occur.
Large numbers of birds and reptiles can occur in the diet in several areas and can even be the primary foods. Meanwhile, amphibians, fish and invertebrates can seem rare in the hawk’s regular diet, however they are not infrequently taken by immature hawks. Red-tailed hawks may survive on islands absent of native mammals on diets variously including invertebrates such as crabs, or lizards and birds. Like many Buteo, they hunt from a perch most often but can vary their hunting techniques where prey and habitat demand it. Because they are so common and easily trained as capable hunters, the majority of hawks captured for falconry in the United States are red-tails. Falconers are permitted to take only passage hawks (which have left the nest, are on their own, but are less than a year old) so as to not affect the breeding population. Adults, which may be breeding or rearing chicks, may not be taken for falconry purposes and it is illegal to do so. Passage red-tailed hawks are also preferred by falconers because these younger birds have not yet developed the adult behaviors which would make them more difficult to train