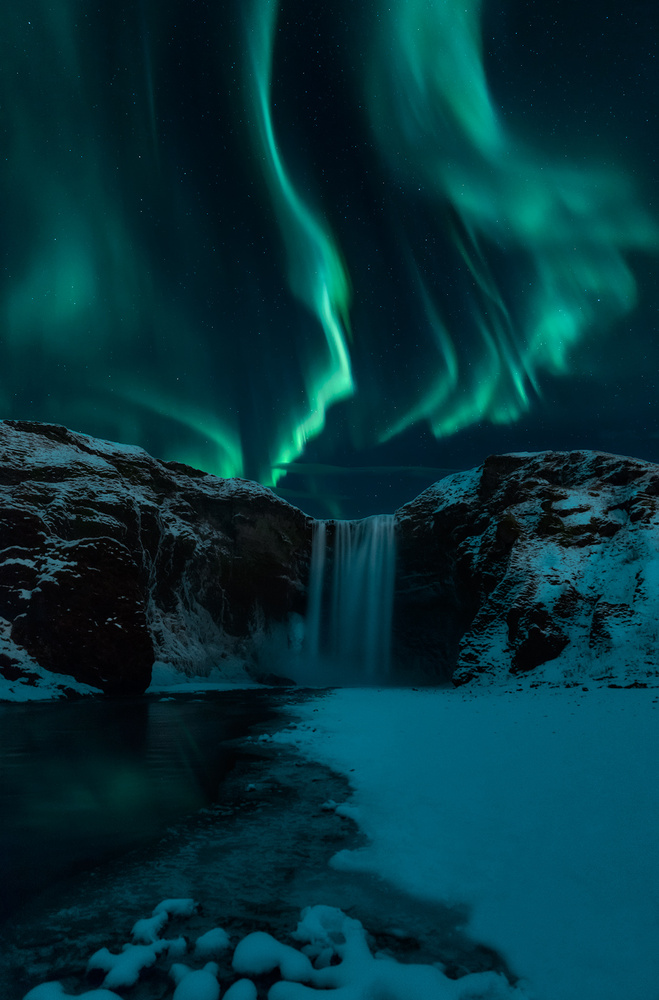 The gorgeous Aurora Borealis above the majestic waterfall Skógafoss. Two of the most popular things to see when visiting the amazing country of Iceland!
This was my first stop-over during my trip to Iceland back in November. The night was clear, full of sparkling stars, we had parked our camper on the local campsite. You could see some really faint Aurora Borealis activity above the waterfall, but nothing worth shooting really. It would just turn out as a faint coloured sky.
I took a couple of shots though, because I knew I would be able to replace the sky later. I was really lucky during my trip and I saw some fantastic Auroras! Here’s the result, a composite.
During the post process of the night photo of the waterfall I replaced the sky with a stronger Aurora Borealis photo from two days later. Completed in Photoshop.