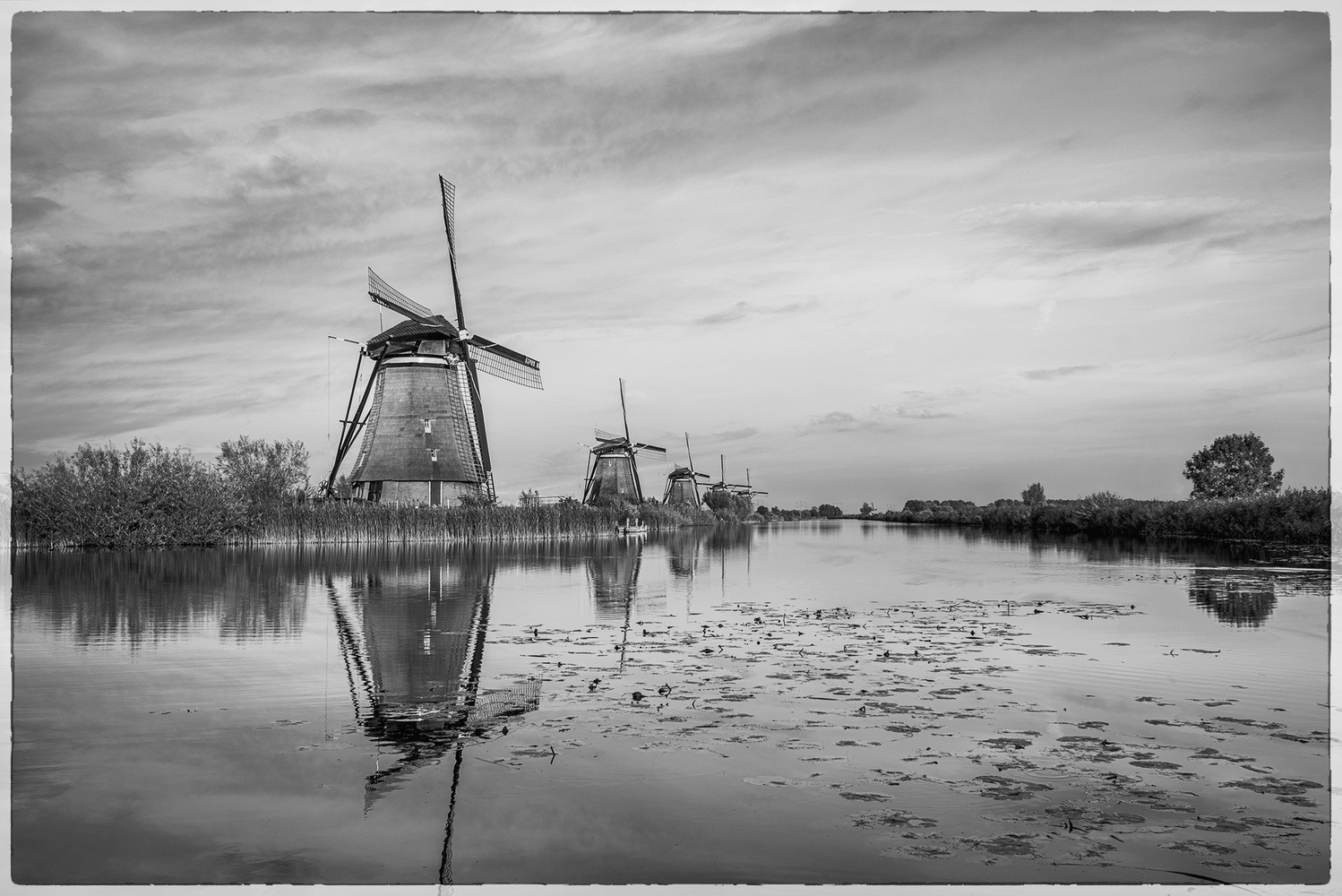 Kinderdijk is a village in the Netherlands, belonging to the municipality of Molenwaard, in the province South Holland, about 15 km (9 miles) east of Rotterdam. Kinderdijk is situated in a polder in the Alblasserwaard at the confluence of the Lek and Noord rivers. To drain the polder, a system of 19 windmills was built around 1740. This group of mills is the largest concentration of old windmills in the Netherlands. The windmills of Kinderdijk are one of the best-known Dutch tourist sites. They have been a UNESCO World Heritage Site since 1997.