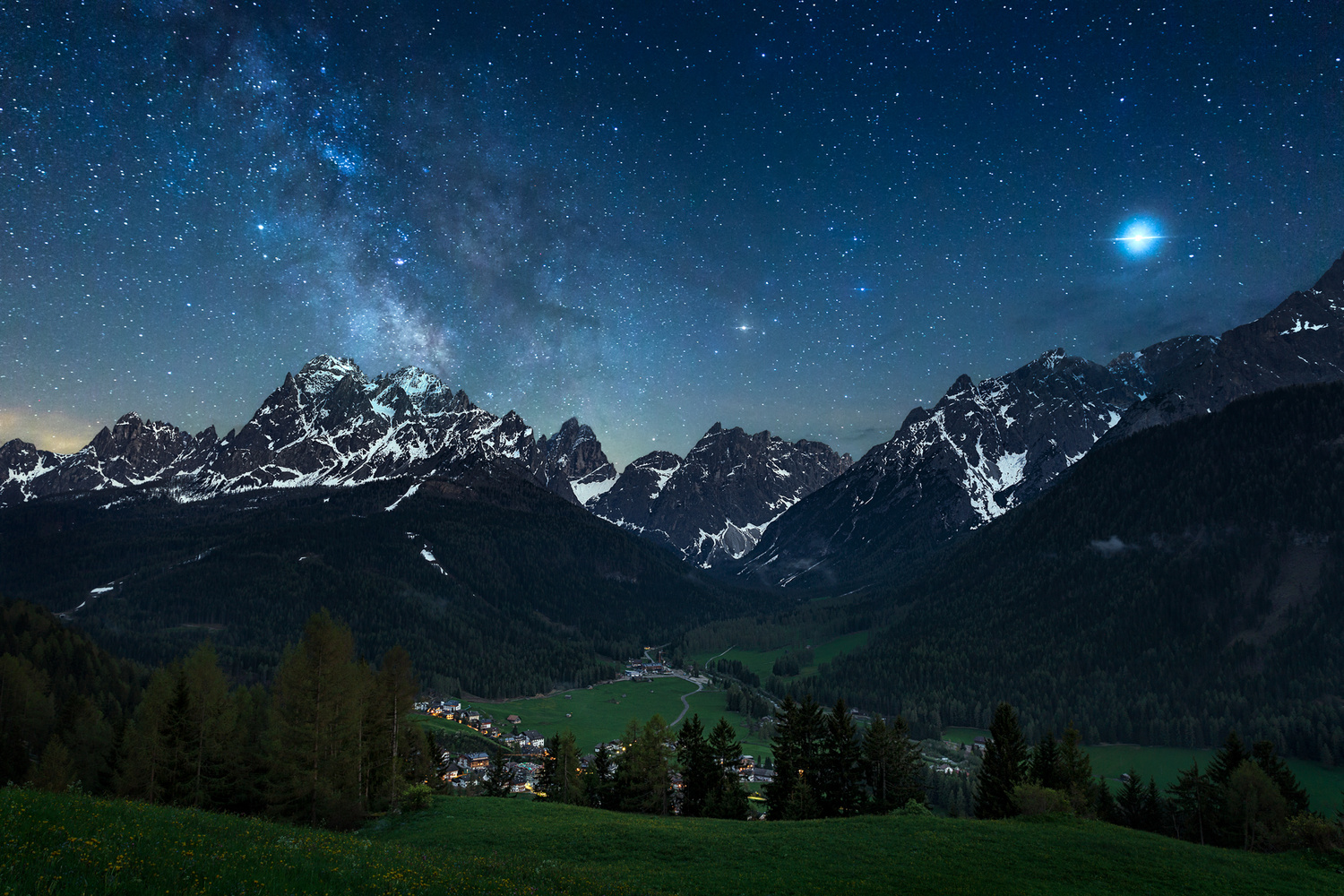 This image is the result of complete coincidence. Actually I was shooting the sunset and while waiting for the light to end I took a look at #photopills. I was quiet amazed when I saw the milky way would be visible right behind the mountain range at 3 am. Luckily, the weather prognoses could not have been better. The clouds moved a away at blue hoer and made room for a clear night sky. Until the action would begin I watched some trash movies. Because this view was part of the all inclusive package I booked it was no problem to leave the camera outside.
After maybe three movies and some more red wine it was time to go outside and shot some stars. I was able to see the galactic enter with my own eyes. At first I thought it was a cloud lit up by the artificial lights of the city. I have never seen the milky way this bright before. With the nautical twilight it was time for me to go sleep.

Fun fact: This mountain range of the dolomites in Sesto is the only natural sundial world wide called Sesto sundial. This part of the dolomites is formed by the peaks of Cima Nove, Cima Dieci (Croda Rossa di Sesto), Cima Undici, Cima Dodici and Cima Uno. So you can say the milky way in this image is right behind 11 o’clock.

Alexander Meier
At The Green Lighthouse
0

Alexander Meier
Once upon a time in San Francisco
0

Alexander Meier
Of Fire And Man
0

Alexander Meier
Under a good Star
1

Alexander Meier
Requiem for the Sun
0