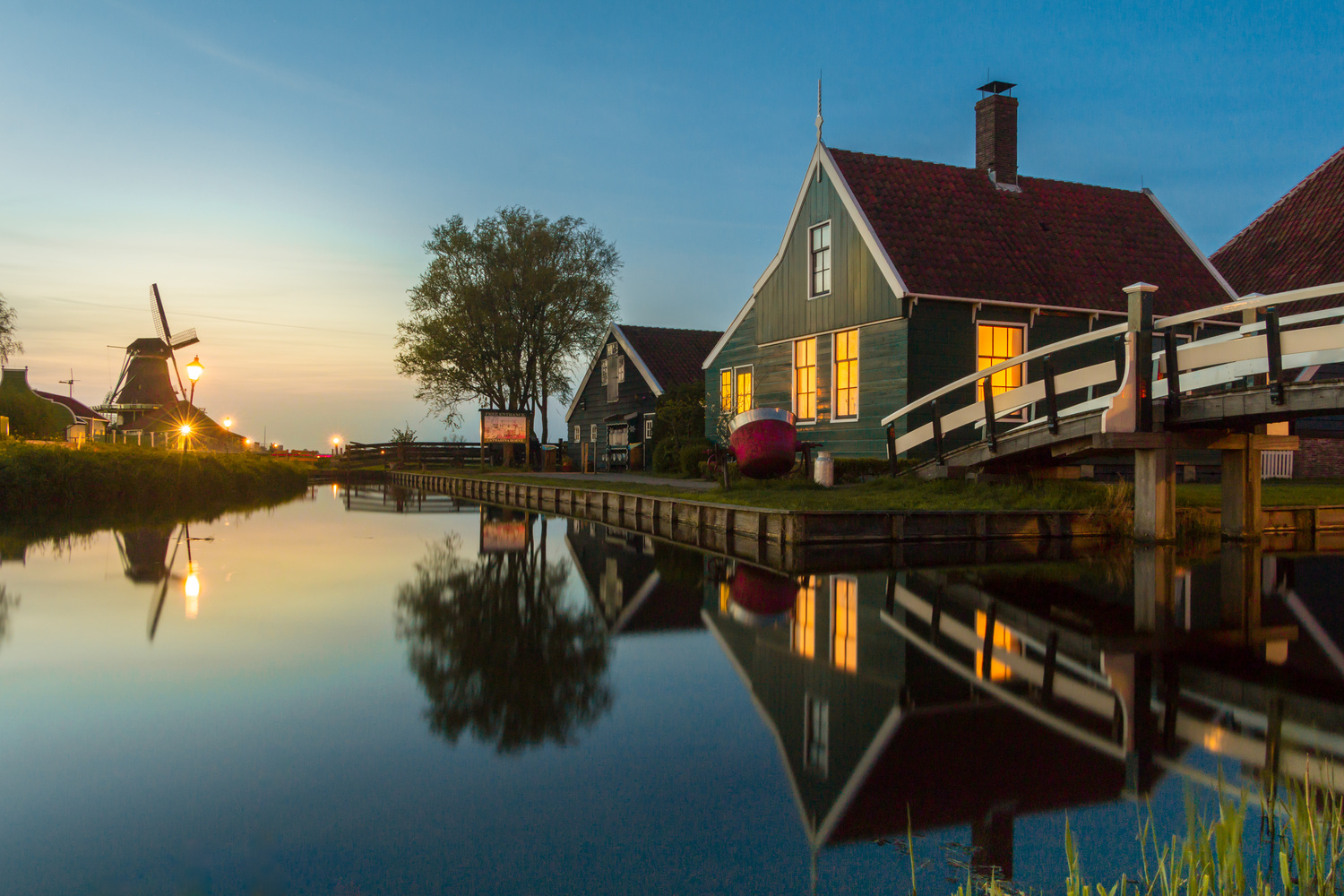 Zaanse Schans, Netherlands Not far from Amsterdam is a living piece of Dutch history. The Zaanse Schans neighborhood celebrates the past as a working community whose roots can be traced back to the 17th century and it's one of the few places in the world where you can still find functioning traditional windmills.
The Zaan region is among the oldest industrial areas in the world and in its heyday of the 17th and 18th centuries it was home to around 600 active windmills. At the Zaanse Schans, among its wooden barns, houses and museums, just 10 windmills are still in operation, grinding oil, spices and colorings.