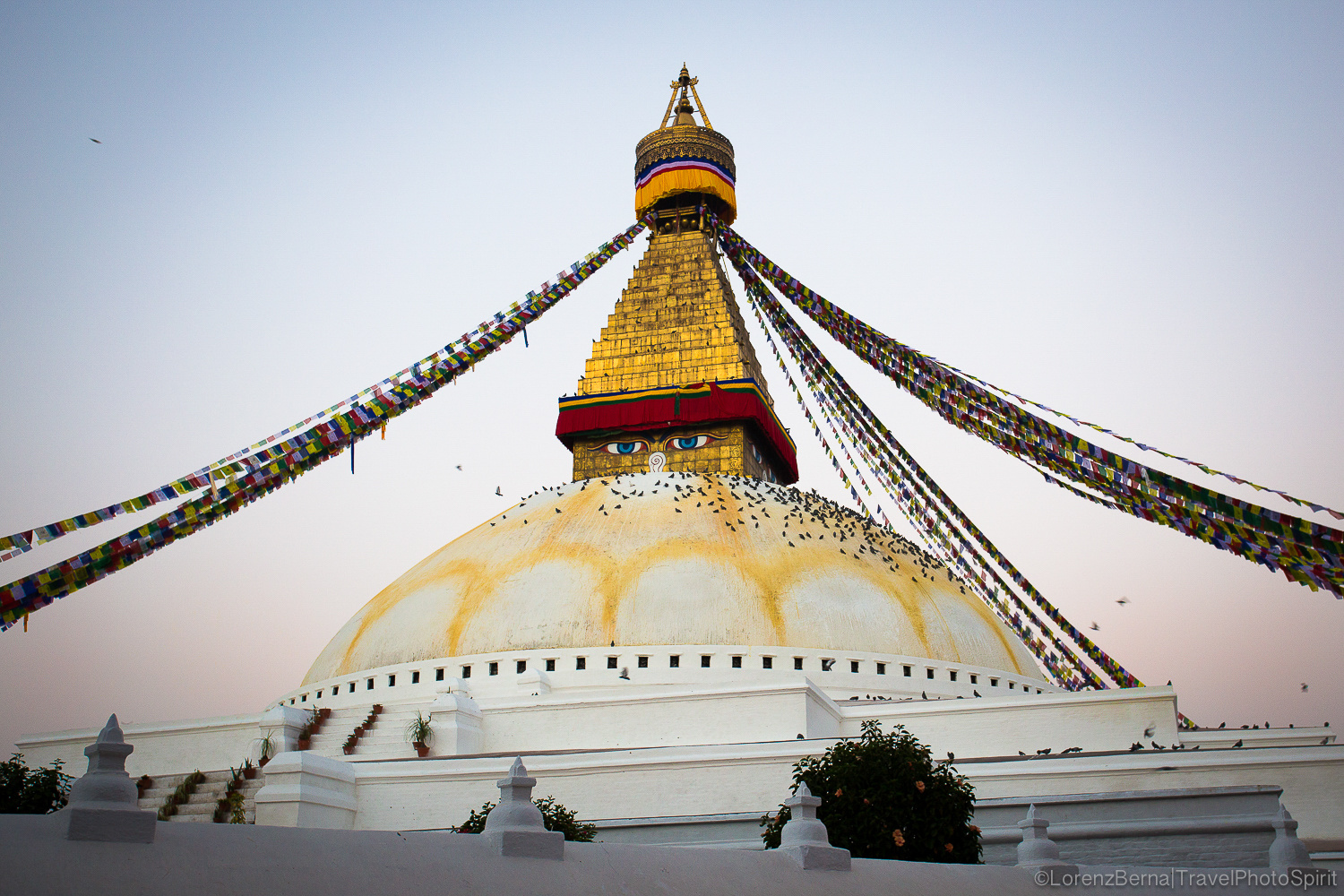 Boudhanath Stupa in Kathmandu is the most venerated Buddhist site in Nepal.
It is believed that the Stupa enshrines the relics of Kassapa Buddha -the sixth of the Seven Buddhas of Antiquity, according to the Theravāda Buddhist tradition.
Being on the ancient trade route from Tibet, the Stupa has hosted an uncountable number of Tibetan merchants who have rested there and offered prayers since a very long time.