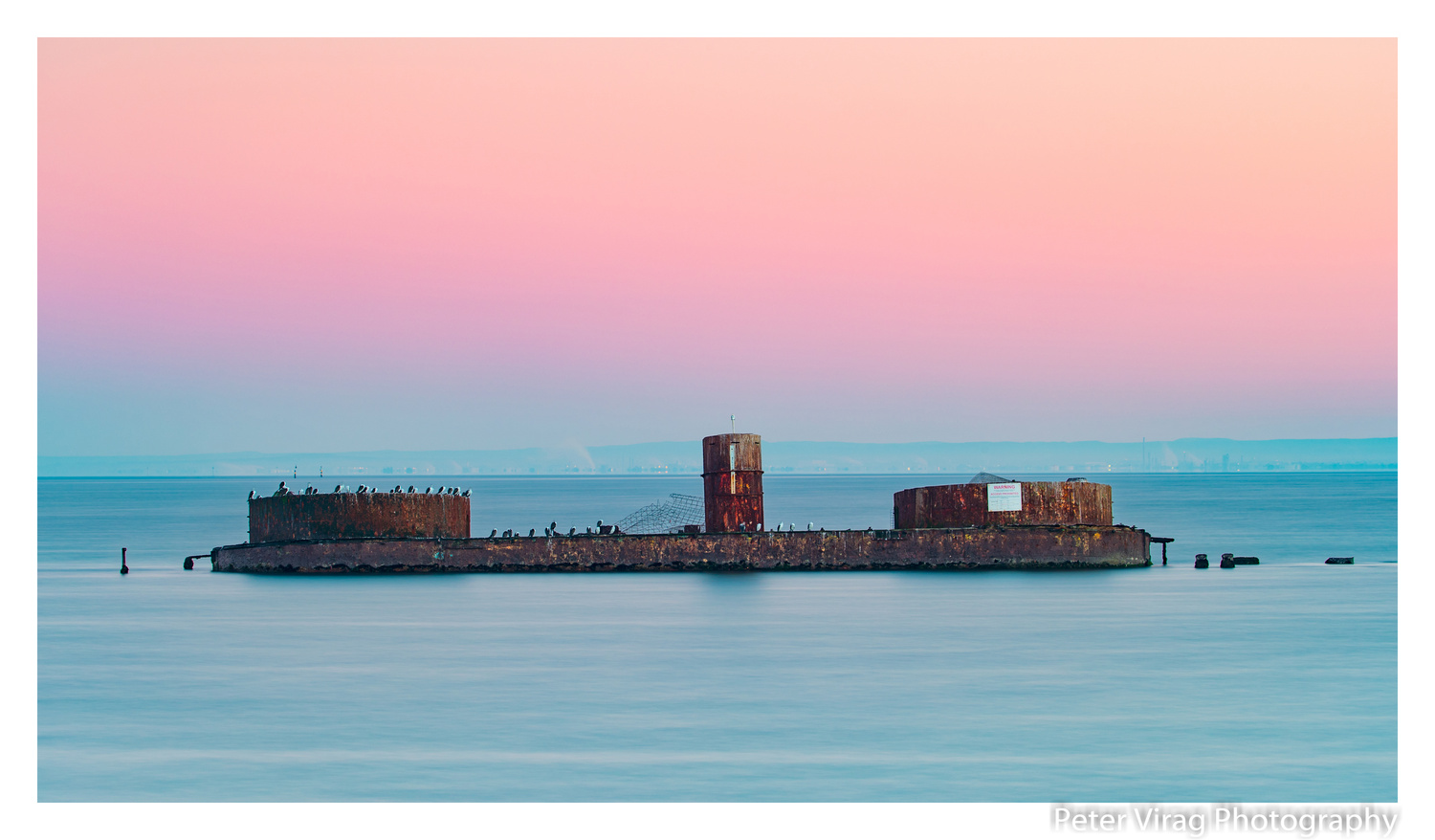 Long exposure shot of the shipwreck Cerberus on a cold winter morning during low tide. "The HMVS Cerberus (Her Majesty's Victorian Ship) is a breastwork monitor that served in the Victoria Naval Forces, the Commonwealth Naval Forces (CNF), and the Royal Australian Navy (RAN) between 1871 and 1924. In 1924, the monitor was sold for scrap, and was sunk as a breakwater off Half Moon Bay. The wreck became a popular site for scuba diving and picnics over the years, but there was a structural collapse in 1993. There have been several campaigns to preserve the ship (one of which is ongoing), as she is one of the last monitors, the only surviving ship of the Australian colonial navies, and one of only two surviving ships in the world with Coles turrets." (Wikipedia)